I discovered that hiring pros to design book covers is expensive, so I’m trying to learn how to do the job myself. My first attempts were unanimously jeered, but I’ve made some improvements.

Anyway, what do you think of these two book covers? The first represents a huge state symbols reference that’s a fairly typical reference book - a little stuffy, simply because it includes every redundant state symbol ever adopted.

The second cover represents a more readable reference which focuses on the more notable state symbols, using them to tell stories about each of the fifty states.

The second cover is probably too complex, or “busy,” but I thought I might get away with it as long as the title is readable.

I hired someone to create a cover for a third book I’m working on. If I can’t produce quality covers for my state symbols books, then I might hire a pro to do them as well.

Thanks for any comments. 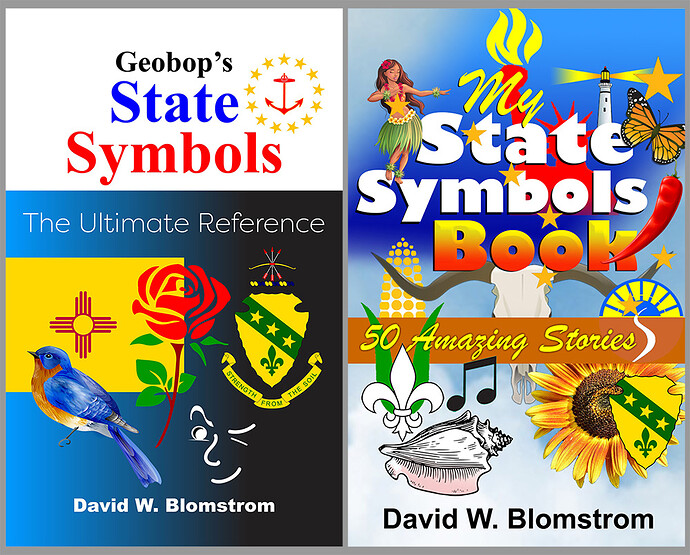 If I can’t produce quality covers for my state symbols books, then I might hire a pro to do them as well.

This is the path I’d recommend you pursue. And I’m not just saying that because I’m a professional designer. Not trying to be overly harsh since you took the initiative and have the fortitude to put your work out there for public critique, but what you have shown is very amateurish looking.

Good point. I’m just in an odd situation, because I’ve been working on a number of books simultaneously for a few years. Now they’re suddenly getting finished all at once, and it’s going to cost a lot to have them edited and have covers designed for them.

But if I can’t do a good job myself, then I will cough up the money for a professional cover designer. Thanks.

They’re way too busy and cluttered. In addition, your typeface choices are all over the place. Pick one or two per cover and stick with them.

I understand why you want to convey what the book is about on the cover, and I agree with your reasoning. The inherent clutter from a bunch of mismatched symbols, however, creates a difficult design challenge. One approach is to reduce the extra clutter you’ve added, like the gradients, colored type, script typefaces, etc.

There is a series of books from a company called LogoLounge. They put together hundreds of examples of logos each year into a book. I mention this because it’s a similar problem to yours — lots of mismatched symbols throughout the book that need to be hinted at on the cover.

Here’s a couple of example of how they’ve handled it. 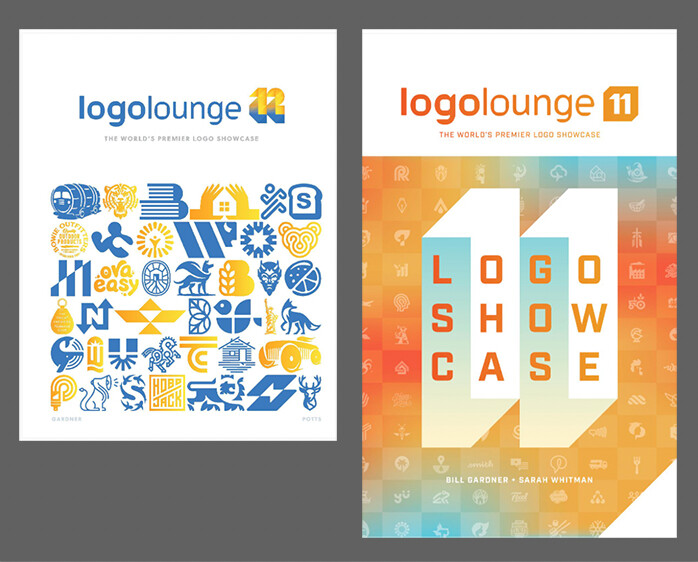 If your books are part of a series of books, you might consider making them all look similar. For example, here’s are a series of book covers I designed a few years back. 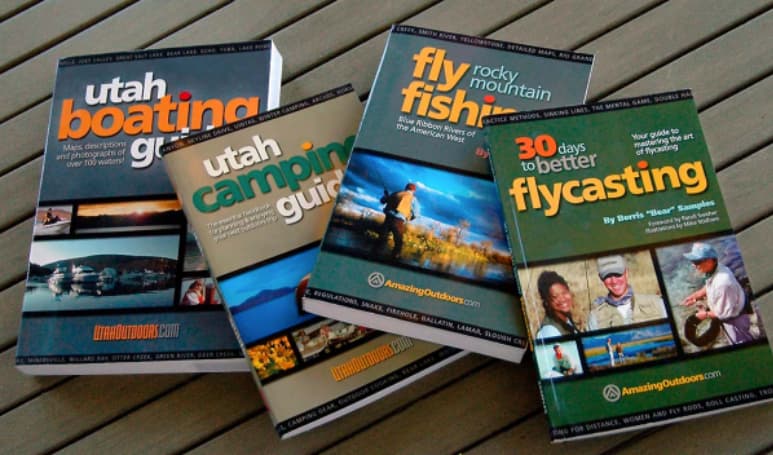 The mismatched clip art makes it look like a low budget book.

Further to what everybody has mentioned.

There’s more to just a nice look and design. Where you’ve hit a mid80s to early 90s look… It’s just a bit too amateurish.

How do you fix it? With a lot of focus on detail.

Back to the point… There’s more to it from a technical print side of things.

As well as adding appropriate bleed. If it’s hard back it will be approx 20mm bleed.

What size is the spine? Setup of the spine.
Colors and how they reproduce in print.
If the cover will have a score near the spine for easy opening, you’ll need to inset the content to avoid the fold.

So when you hire a designer. It’s more than making it pretty.

Much like a mechanic.
You could buy and fit the part yourself.
But the mechanic takes all the risk and the blame if it goes wrong

I recently paid a company to install wall mounts for all my tvs in different rooms.

They’re expensive tvs. And plastering and plasterboard is expensive.

So the company takes all the risk if it doesn’t hold the tv.

If I did it myself and they fell and broke or the plasterboard cracked… I’d foot that bill.

So I tend to leave it to the ‘pros’ and get some cover if it goes wrong.

Sorry, I forgot to mention that these books will be available in digital format only. I’d love to produce paperbacks/hardbacks, but they’re simply too big, and the subject almost demands color pictures.

I converted a much smaller book into a paperback on Amazon and had to price it at $30 before I could make a lousy $2.50 royalty.

I am going to turn that particular book into a black-and-white paperback, however, so that’s one more think I have to learn how to do - formatting.

I spend about 70% of my time designing books for publishers, large and small. I see it so many times with self publishing. Usually the DIY approach is a fall at the first hurdle.

How long and how much effort did you put into writing the books? It will all come to nought if no one opens them.

Professional book cover designers are professional for a reason. They know how to get people to open books. Find a good one and pay them to do it for you, would be my advice (I would say that, wouldn’t I?!). Spend time with them talking about who your target readership is and the flavour of the books (the second part they will figure out by reading it though – and a good one will be asking you all those questions before you have to tell them). They will then be able to communicate the correct tone, subject and feel of the text to your intended audience.

It is all about distilling the feel of the book to elicit an emotional response in the people you want to read it. It is not about decoration.

I just think they got burned before by a bad designer - whether it was financially, in the design process and finished result and/or something else.

I’ve also been a designer for a self-published book before and got a really rotten guy.
He restored old cars, spent a lot of money restoring them. Was writing books on restoring and his experience - rather than the actual process of restoring the old cars.

He was going to conventions as a paid speaker, he was selling his books on Amazon - and quite a few things going on.

He lives on a 10 acre property, drives a brand new Merc.

When it came to designing the book and the cover - I didn’t really consider what he drove, or where he lived, or what he worked at or how many books he sold.

I was more interested in giving him his fair price.

And for a 120 page book - black and white with some b/w photos throughout (a lot actually).
I went in at 2 minutes a page @ hourly rate.
So 60 minutes to format his book @ hourly rate.
And then the cover at a lower rate than I’d usually do it for.

But I knew the guy and was trying to help him out. I was hoping we’d hit it off and do more work - or get introduced to his network.

I told him the price.
1 hour to format 120 page book with photos
3 hours to format the cover

Got him a deal on the printing.

He phoned me at the 11th hour and said he wanted it cheaper.
I argued with him politely.
I explained that I actually spent over 12 hours on this and only charging for 3 hours.

He said he couldn’t afford it.
Even if I didn’t know he lived on 10acres, with a brand new Merc I’d still have fired him as a client.

I cut ties with him. Passed the files on to him.
And never got paid at all.

And I’ve never heard from him again.

I was so disappointed.

That’s exactly why I rarely do anything for self-publishers (haven’t in years) and work directly with publishers. The last self-published book I did, I traded for a Clavichord!

I love designing books and book covers, but opportunities to work with book publishing companies have been few and far between.

I’ve taken on self-published books for various people a few times, but I usually avoid them. First, self-published authors typically work on shoestring budgets. Second, the authors have spent considerable time on their books, and they tend to get overly involved in the book’s design, much to the detriment of the book, its saleability, and my patience.

Working with a publishing company is another matter. They’re professionals whose business is publishing, and they generally know how to work with designers. They also keep the authors at arm’s length instead of letting them interfere in aspects of the business they know little to nothing about, such as graphic design.

I love designing books and book covers, but opportunities to work with book publishing companies have been few and far between.

I couldn’t agree more. I love it. I am right in the middle of a couple at the moment – a 256-pager and a 432-pager (both illustrated, non-fiction trade titles). Loads of fun.

I did a pretty fun one a while ago. I can’t say who it was for… But an award winning animation studio nominated for golden globes and the likes.

They actually designed them themselves but had technical print issues they couldn’t resolve.

So I took it on and was middle man between them and printer’s.

Which was good, lovely cover design. But the printer had issues with the files and couldn’t print them directly. And the studio couldn’t figure out why.