Looks like after Photoshop, now Illustrator is natively supported on Apple’s M1 platform as well. I have an M1 iMac with 16GB RAM and I’m very pleased with the performance. The apps open within 5 seconds and everything is very fast.

Even if you abuse Photoshop with enormous files, or Illustrator with hundreds of vector elements, like attached the apps remain responsive. Within normal conditions you never have to wait. 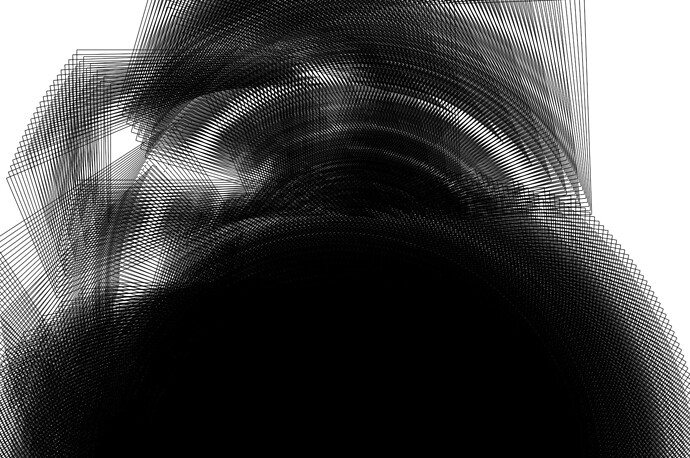 Overall, I highly recommend getting it for design work. I would love to hear your take on the CC + M1 combo.

InDesign js also rolling out version 16.3 it’s country by country at the moment.

Glad it’s working well. On my i7 all apps open on login, InDesign, Photoshop, illustrator, acrobat, barcode studio, UTC, and connection to servers in about 30 seconds from boot and login.

Ah about time illustrator rolls out onto the m1. I’ll have to check this out.

Well, that just shows how powerful the M1 chip is. Those 16 processor cores are really not just for show.

Just as powerful as my i7 processor.

Spend 1.5k on most performance computers and you’ll get great return for speed and productivity.

Mine cost under 1k a year ago - just retimed it this morning - from cold boot to loading all programmes ID/IL/PS/etc. about 15 seconds.

Huh, I might have misread the article that I saw about it. Sorry about that.

So basically, you get the same performance from M1 and a retimed i7? But I guess not all people would have the knowledge and skills to do that, like me.

I’ve often that about Macs. Very uncomplicated buying process.
As Apple are the only supplier of their products.
You can have option 1 with a/b/c or option 2 with a/b/c

With other computers it’s like trying to pick all the right ponies at a day at the tracks, scrap that, at all the race tracks in the country.

I do know some people (not many as many haven’t delved to the M1 due to lack of compliance with Adobe apps) - but some who are running native Adobe apps have had to turn back to their older machines as the M1 wasn’t handling very well.

But they are doing monster work and 16gb RAM doesn’t cut it.

I’ll wait for the next round of M1 chips before making my mind up.
Hopefully they’ll up to 32/64gb RAM - but I shudder at the price those would be.

Oh and sorry - relatively low SSD space on the M1 options at the moment.
Scratch disk space for photoshop is a must.

The RAM isn’t comparable on M1 to regular PCs. It’s intergrated into the CPU close so it feels as much more. Maybe 32MB or 64MB even.

We have a high end PC in the house and it’s awesome, I’m not anti-PC, but it does have issues with Windows. Over time the stability degradges. And if you want decent performance you will spend at least as much on the PC as you spend on an M1, because you need a graphics card and lots of RAM, and the boxes are bigger and uglier.

Unified RAM has been around for a long time. Mac certainly aren’t the first with this - and won’t be the last. Probably other manufacturers will copy them now too in this regard.
But it means you cannot upgrade the RAM.
Graphics card is built in - no option to upgrade that either.

I can honestly say in 25 years I’ve had more issues with Mac OS stability and issues than I have had with Windows, I run both systems daily.

I don’t think you’d spend as much on a Windows PC - my Windows laptop is 4 years old and spent 1k on it back then, it runs as quick if not quicker than the M1.

Macs are more aesthetic - but if you’re buying a computer for aesthetics then you’ve lost me.

I don’t want to come across anti-M1-Mac or anything either.

Beautiful computers - work straight out of the box - light - powerful - and they are extremely nice computers.

I do agree - gaming is not for Macs (but you can).

It’s much tougher to find a Windows machine that matches the Mac with the M1 chip for style, power, and user friendliness.

All in all I think Apple have moved in a very good direction.
It might give the others a kick up the arse now