Just want to ask which icon alignment do you think is better for print and/or digital? 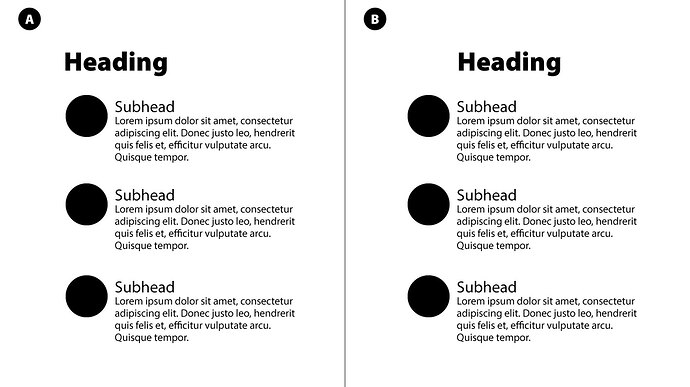 Right for me, as the heading word is short. However, if your heading were longer, I may go with the left one.

I think it depends on the overall design.

I think it depends on the overall design.

Right now, I’m inclined to say A. However, if the circles are going to be light, airy icons or line arts, B might look better. That said, you need more space between the black circles and text, and you need to visually align “Heading” rather than your page layout program’s default settings. In A, Heading looks too far to the left, and it looks too far to the right in B.

Like Sprout and Steve, it depends on the bigger picture.

However, based solely on what you’ve shown us, I’d choose A.

Always A - The heading is not constrained by the rules of the indented bullet points, neither should it be.

Always A - The heading is not constrained by the rules of the indented bullet points, neither should it be.

Unless, of course, the bullets are outdented from the main grid. There are times when I have done it this way – usually with considerably smaller bullets though, it has to be said.

I think when I first saw the A/B thing above, I assumed they were placeholders for images and not bullets. If they are meant to be bullets, they are a bit comedically large.

I would also choose A, and I might also look at where the top of your circles are in comparison to the tops of your subheadings. Usually I like to play around with this and see if it looks better if the top of the lettering aligns with the top of the circle. It might look overall more level with your body text as well. But overall, option A looks really nice without any changes.

If the heading is one to two lines short, use center alignment.

Yes, if the wheel turns anticlockwise, button your coat and part the child’s hair on the left.

When traveling through the dark ,underground swamp, be sure to clap, jump or yell (in that order) every three steps or you are likely to be eaten by a grue… 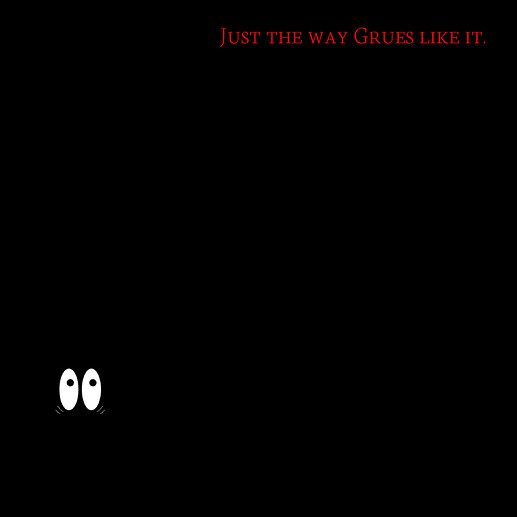