Tilda Swinton will be hosting the Creativity Conference!

I just got this as a “sponsored” ad in Facebook. Who knew she was not only an actress but an Adobe aficionado. I hope the Ancient One can teach us her ways. 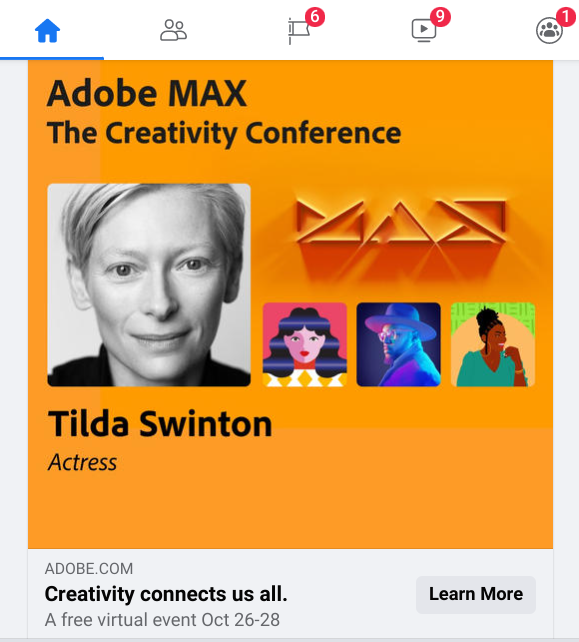 I don’t know who Tilda Swinton is, but then I don’t pay much attention to actors and actresses. Maybe she’s a draw for some people. Maybe actors make good hosts since they can, um, act in front of an audience. I’d probably rather have someone who’s an expert in the field hosting the event, though. Then again, I’m probably not the target audience since I won’t be attending.

They always get celebrities for their events.

Would not sway me.

I know of a few films she’s been in … but I don’t get the correlation between her and Adobe. There is no reason that I can think of that she would have anything to do with them. Other than maybe it’s all they could get. Who knows. Or maybe she’s a closet “shopper” lol

I could be way off base. Maybe she is an excellent designer/actress

Has had a long career.

Adobe make movie editing apps.
She is in movies.

I dunno. They do get celebs for these things.

I know her mainly as the Ancient One from Marvel’s “Doctor Strange”:

I actually don’t mind her, she was outstanding in “We need to talk about Kevin.” That said, like you, I don’t really understand the correlation between her and the creative suite

Oh, yeah I like her as an actress. I’ve go prob with Tilda … just don’t get the connection. I’ve tried to look it up a bit. It seems she is going to give a presentation on the creative process.

I’m still not sure I understand that though lol

She is one of the finest actors of her generation, but this is weird. 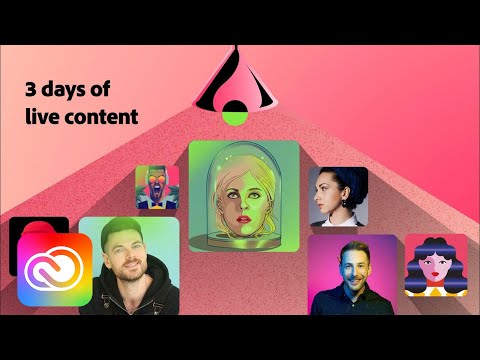 See all the keynote and session speakers who are coming to MAX to share their expert advice and inspiration.

It’s not really anything new.

I think it falls under the heading “creative inspiration.”
You gotta get something for your $1500 ticket. (Oh wait, this is live streamed free this year?)
That’s all I got…

I used to attend lots of industry and professional conferences and trade shows around the U.S. and Canada. Eventually, I just stopped going unless my workplace expected it. Even then, I’d typically pass the buck to the newer members of the team who wanted to go.

At first, these conferences were fun and got me excited about doing new things and trying new approaches to problems. Then I’d get back to my job and realize that it was still the same old grind with the same problems and the same set of people that made it all but impossible to implement any of the new ideas I’d picked up. Within two weeks, it was as though I’d never gone.

The Adobe MAX conference is especially rankling in the sense that it’s a big, calculated show biz thing intended to do nothing more than promote Adobe by using celebrities and emotional persuasion to jazz up the audience. It reminds me of the old evangelical tent revival meetings where the audience would get so worked up they’d start speaking in tongues, having convulsions, and praising the Lord for healing their ailments. In the end, the only person better off would be the preacher who would walk away with a hat full of money.

There’s plenty of things happening at the event. If not just networking opportunities.

It’s not for me. But I wouldn’t lambast it either because it wasn’t for me.

Everyone is entitled to an opinion.

A lot of companies use corporate theatre for “The Big Reveal.” And usually there is a certain fan base, if you will, that will whoop and holler at all the right moments. That level of adoration can turn some people off to such events, especially if the undercurrent runs through the entire event.

I’m sure there is plenty of meat for attendees in the smaller sessions that occur under the show biz shell. But there is a large element of “show” going on even in those. The speakers are motivational, the product is hyped.
It’s big-budget advertising.

Max is a stand-alone monolithic event.
Personally I prefer broader-based industry trade shows as educational events.
And just an observation, of all the industry events I’ve gone to over the years, Adobe has been strangely absent in the promotion of their software there.

There’s plenty of things happening at the event. If not just networking opportunities.

I was engaging in a bit of hyperbole by comparing it to a tent revival. Still, I think it’s accurate to say that Adobe MAX is a big-budget pep rally for Adobe fans explicitly intended to promote Adobe software. Promotional conferences like these can be fun and exciting, but ultimately, they’re advertising events designed to hype the company ecosphere, whether Adobe, Microsoft, or Apple.

I always found the breakout sessions at professional conferences and trade shows more educational and beneficial than those at gala events built around promoting a particular company’s wares.

As for networking at any of these conferences, it’s never been advantageous for me. I met new people, but quick LinkedIn connections from newly encountered peers from other parts of the country have little ultimate value.

A lot of companies use corporate theatre for “The Big Reveal.” And usually there is a certain fan base, if you will, that will whoop and holler at all the right moments. That level of adoration can turn some people off to such events, especially if the undercurrent runs through the entire event.

Right, count me among the turned off. I do wish though, that I could find a way to collect a nickel for every time the word “amaaazing” will be uttered there.