Can you visualize a picture in your mind?

I was having a discussion with my brother about how I had read on the internet about people having aphantasia and he looked at me like I was crazy because I was able to “picture” images in my mind.

It is pretty interesting. You can click the link above for more info, but essentially there is a supposedly fairly small percentage of people that can’t picture “things” in their mind. Even more surprising in my case, my parents and other brother (and his two kids) said they couldn’t either.

It also veered into a discussion where apparently some people also don’t have an inner voice or inner monologue. I do, as does the rest of my immediate family other than my father.

Anyway, I found it interesting and was curious whether anyone on AF had aphantasia or was lacking an inner voice.

Another last caveat to aphantasia is that apparently even for those that can picture things in their mind’s eye there are varying levels of clarity. With some saying it is more fuzzy or hazy, and some saying it is hyperrealistic and they can manipulate things in a 3D space. If I had to personally gauge my level of clarity I’d say I’m around the 40-50% mark, with 100% being hyper clear and sharp.

I can easily picture things in my head when it comes to creative things. My problem is getting them to look like what I’m picturing

I also have an over active inner voice. I have arguments and practice conversations in my head all the time. Then after the fact I will have inner conversations of what I should have said.

Honestly, sometimes I would rather not be blessed with that ability. It can be exhausting.

What is interesting is some creative people also have it. Like this story about the animator who created Disney’s little mermaid. It amazes me that a creative person can’t “see” in their mind.

I’ve wondered where I fall on this. I can definitely picture some things in my head, but it doesn’t register the way that actually seeing something does. It’s more in the manner of which I can recall or remember a song, a texture, smell, or taste - it’s definitely in my head, but definitely just in there. The only other way I can think to describe it is as a more “middle of the mind” location than the front - where actual senses are, or the back where everything just kind of floats in a soup of “not important right now.” I can get a kind of flash in the front of my mind when I think about a color, shape, or object, but it doesn’t stick around.

Any thing that goes over how people perceive things differently is really neat to me. A similar thing - can anyone here rumble their ears? Like that sort of deep static you get when you yawn or stretch? I can flex some muscles in my face and get that sound whenever, but I read a while back that that’s one of those things that not everyone can do. Which is fitting, I suppose, that I think I learned how to do it trying to wiggle my ears…

The thing about this that blows me away is the thought that some people can’t picture things in their mind. Seriously, I’m not trying to sound snooty or whatever, but I thought everyone could do that. Apparently, I am wrong.

Yup, Like I said, my brother looked at me like I was crazy. He was asking things “So, if you close your mind you can picture the house we grew up in?” (said in an incredulous way) and I said “Yes” and I still feel like he isn’t fully convinced. I mean, he can describe our house, he can describe details, he just can’t “see it”, which to me seems even stranger. If you can remember those details so clearly, how can they not be “seen” in your mind. It really is pretty fascinating.

One of my best friends is a syndicated editorial cartoonist. He can draw almost anything from memory. If he sees it once, he can draw it from any angle and any perspective. I used to go on lots of camping and backpacking trips with him. He was always studying things he saw and saving the images in his mind for later reference. He says he can see what he’s drawing in his head and copies it to paper. He also has dyslexia and misspells nearly everything, including his name. I can’t help but think the two things are related.

I can’t come close to what he does, but I rarely sketch layouts or typography I’m designing. Not sketching runs counter to the advice I’ve always heard — especially from professors who insisted on seeing rough sketches. I never saw a good reason for the sketches since sketching (of sorts) is more nimble when done in my head. At some point, I realized that not everyone did this, which seems strange. It almost seems like a form of blindness to me. I wonder what these people visualize in their dreams at night — anything, nothing, shapeless blobs?

There’s a genetic condition called prosopagnosia, which prevents afflicted people from remembering faces. Almost everyone has an uncanny ability to instantly differentiate one face from the next and instantly identify it. People with prosopagnosia can’t do this. They need to track who’s who by memorizing hair color, body shape, clothing, etc. When someone they know changes her hairdo or shaves his mustache or alters one of the other identifying hints they’ve memorized, they can no longer recognize this person without being told who it is.

I have many talents. Visualizing is not one of them.

I can’t intentionally imagine a picture. Sometimes I can dream of something or suddenly appear in the imagination, but to imagine when I want it can not)) This is a very interesting topic.

…but I rarely sketch layouts or typography I’m designing

I am the same. I used to (though never as much as others), but over the years, I just learned to ‘draw’ things in my head. The only exception for me is refining curves on fonts. I may still do the odd sketch, but even then, it is a refinement. I have usually figured it out before I go anywhere near pen and paper / tablet.

I get frustrated because I can picture what I want to draw or illustrate in my head, but my actual illustration skills can’t pull it off in the way I see it in my head.

I also found out that there seem to be at least two types of people with an inner voice or inner monologue. Once again, my brother has an inner voice, but just in his own voice. I told him I have that, but also I can read things or imagine things in another person’s voice. Such as when my mom texts me, I hear it in her voice in my mind when I read it. Or if I think about a pop culture thing like Yoda saying “Do or do not. There is no try” I can hear it in Yoda’s voice. Or Samuel L. Jackson saying “What’s in your wallet?”, etc. He said I was odd and one step away from hearing voices in my head to tell me to do horrible things. Ha. So I asked my son and he said that he can hear things in other people’s voices if they are well known or at least someone well known to him (like close friends and family).

… but I do not hear things in other peoples voices. Only my own. If I think about it I can “remember” what a person sounds like. But, given your example … I read a popular saying and hear that person saying. Just me repeating it. I do not read family text in their voices.

This is so odd to me … things that I’ve always assumed we all have and all go through. 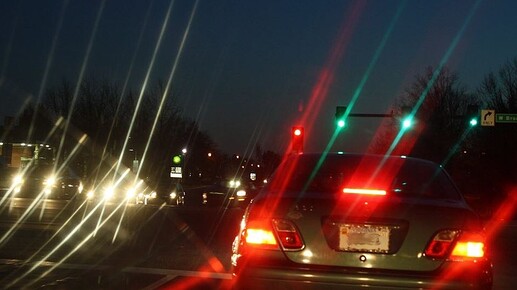 We sure are made up slightly different

When I read something, I’ll sometimes hear the person’s voice in my head. It depends on who the person is and how distinctive their voice is. Interestingly enough, I never hear my wife’s or other family member’s voice when I read a text or email. Don’t tell my wife. The older I get the less TV and movies I watch, but I’ll always here this in voice: 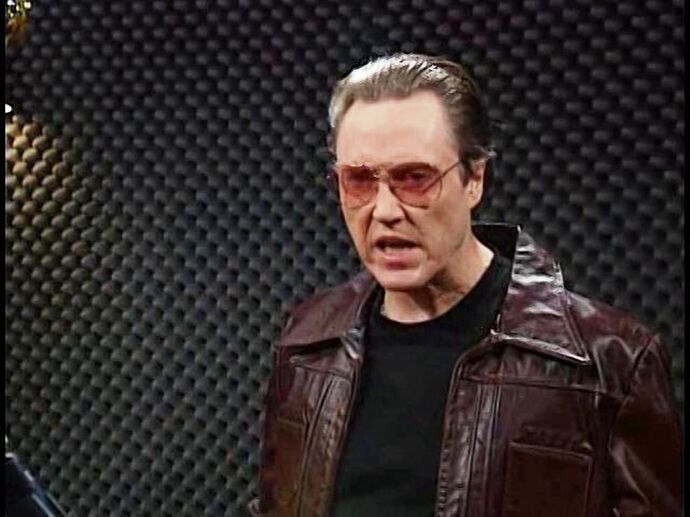 To me if it is an iconic voice I can hear it. If it’s a “minor” character in a movie or a show I don’t watch often I can’t “hear it” in their voice. But for people/characters like Darth Vader, Kermit the Frog, Bugs Bunny, Samuel L Jackson (as I mentioned earlier) … absolutely.

LOL, Kitty, I have astigmatism and that’s how I see lights at night without my glasses.

I can see pictures in my head and when I read a book, text, etc. I sometimes read them in the other persons voice, sometimes not. Not sure what triggers that.

You should learn to visualize a object in your mind then rotate that object and see what’s on the other side. Everybody can do it just not everybody realizes it.

I don’t think it’s quite that easy. Sort of like telling a depressed person to “just think happy thoughts”.

I didn’t expect to read something I completely relate to today!

My sister always found it weird that I had a different voice in my head for everything that I read! Sometimes, this would unconsciously manifest too when I read the message out loud and I begin imitating the tone/pitch/cadence of who sent me the message lmao.