Hello,
I want to create a svg (120px width, 35px height) from Gimp, but the borders of the image are checkered (pixel style). I thought it was normal because one cannot draw half of a pixel. But, when I open a svg on Inkscape, the borders are just perfect.

Should I use different software or configuration of it?

I am sending a photo to show it: 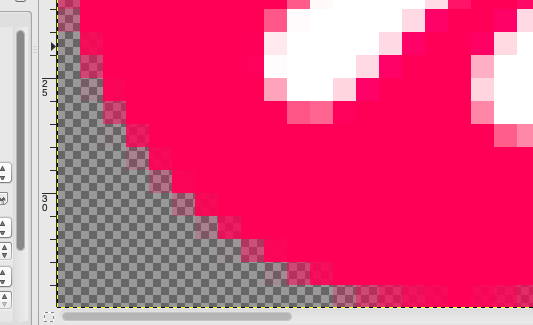 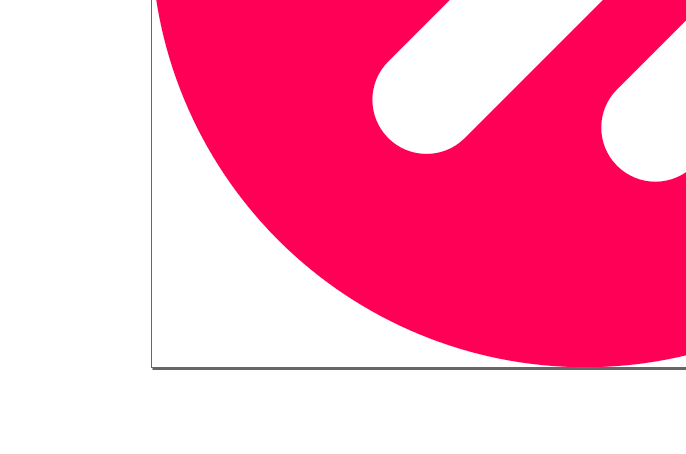 GIMP is pixel-based, so everything is composed of pixels, which is why you’re seeing the little squares. Pixel-based images are also called bitmaps or raster images. If you enlarge a pixel-based image, like you’ve done, you’ll see those pixels. The fuzzy edges are “anti-aliased” pixels. They help smooth out the edges. The translucent pixels are there to enable you to place a color or another image behind it and have it blend in.

Inkscape is vector-based. SVG is a vector file format. You can save to SVG from Inkscape. Vector art doesn’t use pixels. Instead it uses anchor and control points to describe lines, curves and fills. If you enlarge a vector image, you’ll see no pixels because they don’t exist. Instead the lines, curves and fills are recalculated to maximum resolution for the display on which you’re viewing it.