Why is dark orange called brown? Why is light red called pink?

Unlike red, light blue might be called powder blue, but it’s still the same basic color: blue. The same is true with green and purple. No matter what the shade or tint might be, they’re still the same colors.

However, nobody thinks of brown as just a dark orange shade, and no one confuses pink with red. The personalities of pink and red or orange and brown are entirely different. Unlike dark and light blue, green, or purple, they appear to be completely different colors.

Dark yellow gets even weirder. Yellow is a primary additive color, but its dark version no longer appears to be yellow. For that matter, dark yellow doesn’t even have a well-defined name. Darken yellow to a certain point, and it might be called yellow ochre, but darken it further, and it’s no longer yellow or ochre or anything that resembles either — it’s just a disrespected muddy color that’s mostly nameless.

Of course, light black and dark white or grey, but these are nonchromatic values, so they don’t count.

Many aspects of these questions might be just semantic, but I think they could go deeper than that.

There might be cultural and/or psychological reasons involved. Are there any cultures that regard pink as simply a tint of red or brown as a shade of orange? Unlike dark and light blue, are there any cultures or languages that don’t make a clear differentiation between brown and orange or pink and red?

If these quirky classifications of colors aren’t cultural, are they psychological instead? Is there something about human psychology that fails to recognize brown as dark orange while still recognizing dark and light blue as the same primary color?

Finally, there’s the color called tan, which is also a strange one. People think of it as a light brown, which it is, but since brown is just dark orange, tan is a light, desaturated orange. No one, however, would ever think of tan as desaturated orange, yet a desaturated light blue still appears to be blue to everyone.

There appears to be little rhyme or reason to how we classify and see colors. This makes me wonder if cultural definitions and distinctions regarding color get poured into our heads as children or whether the differences reflect deeper psychological underpinning common to all people. Or is it all just a bunch of linguistic quirks in English?

Yeah, these are off-the-wall, strange observations, but I had a dream that touched on this stuff last night, and it got me thinking about them.

Whatever you were drinking before you went to bed … I want some of it!

I hesitated posting all that since it comes across as a bit nutty, but I really do wonder about psychological and cultural differences in how we perceive color.

This takes me back to my Crayola days

They formulated color concepts in my brain before I knew much of anything about colors.

To me, brown is brown and orange is orange. I would never confuse the two. When I think of dark orange I think of burnt sienna or a deep rich mahogany.

Same with pink and red. I see each as it’s own category. I don’t think I ever thought in terms of light red. If I was looking for different shades in between pink and red I would go for shades of rose and coral.

But, in the end aren’t they all just shades of white anyway?

Colors as shades of white - in RGB maybe

I know it’s at least a little bit cultural - red hair is much more orange than red, but back when the English language was young, there weren’t a lot of things in Europe that were the bright, vivid orange we’re used to, so everything that was got lumped under red.

But for pink, the only thing that comes to mind is that pink isn’t technically a “real” color, as far as a wavelength of light goes - our brain sees the Red and Blue cones firing, realizes that the average between the two is Green, but the green receptors aren’t responding…and pink/purple is what it decides it looks like. So since it’s kind of not just light red, I can see that having it’s own name, I suppose.

Hmm, now I’m wondering if or how you could get brown light directly on the visible spectrum, or if it’s a muddy set like that. Come to think of it, I know there are Brown Dwarf stars, but I don’t think I’ve ever heard of an Orange star, just yellow or red…I might be bugging my scientist friends to see if they have a spectrometer I can play with, now. I want to know if either Orange or Brown are “fake” colors like pink/purple…

Having done a bunch of theatre lighting over the years, you can definitely get some interesting things with RGB strip lighting. Purple actually is an option with the right balance of red/blue. It’s easy to tip though and very dependent on what color cyc it’s thrown on. Some cycs are white, some are a light blue.

You can get a sort of brownish sienna look if the strips are RGBA (amber) That’s cheating though. LOL!

The French refer to the various colour shades a bit more nuanced: 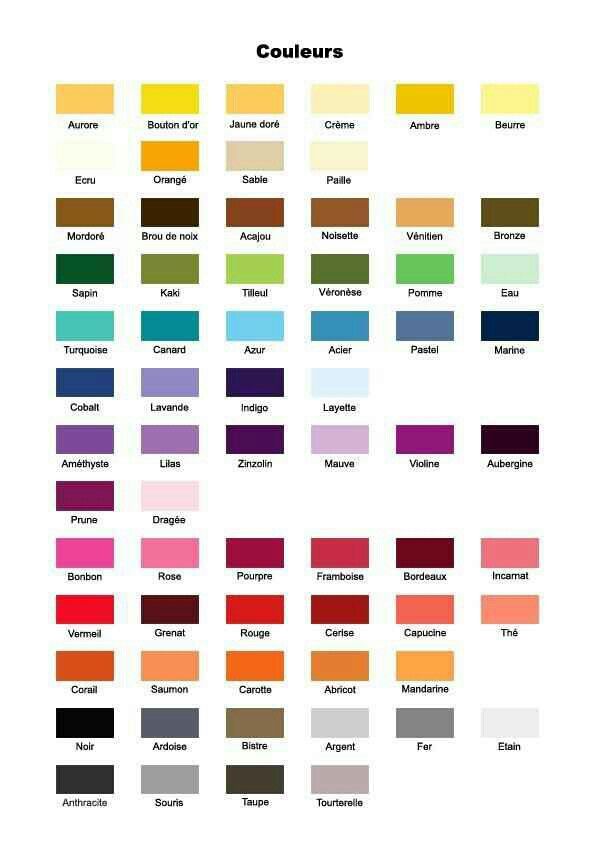 Like the ‘salmon’ shirt my wife wants me to wear. It’s pink.

Before the 1500s there was no word in English for ‘orange’, which is why people with ‘red’ hair are called redheads, and the robin ‘redbreast’ even though the colour is clearly orange.

You are right, though - it is strange that we think of shades and tints blues and greens differently.

So is “ginger” a recent thing for redheads?

must be … more recent that the 16th century at least

First place I ever saw it was Harry Potter books.
But then, there was Ginger on Gilligan’s Island too… That was some red hair!
Way more recent than the 16th century

Before the 1500s there was no word in English for ‘orange’, which is why people with ‘red’ hair are called redheads, and the robin ‘redbreast’ even though the colour is clearly orange.

Yup, orange came from the fruit not the other way around!