Do you believe in the Golden Ratio?

Saw this video and it made me question whether the golden ratio is actually a ligitimate driving force behind great designs or just an arbitrary ratio that people call on when they want to make their design sound fancy: 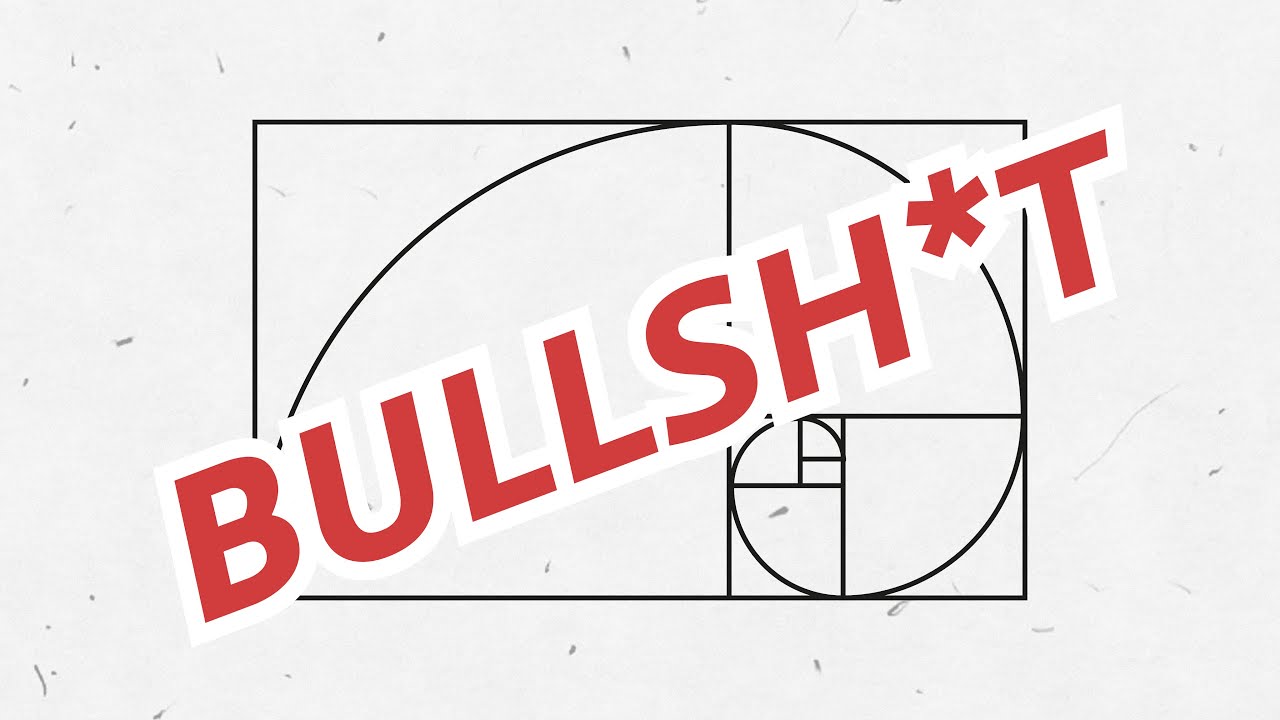 What do you guys reckon, are you a believer?

Of course I believe in it! Who wouldn’t? 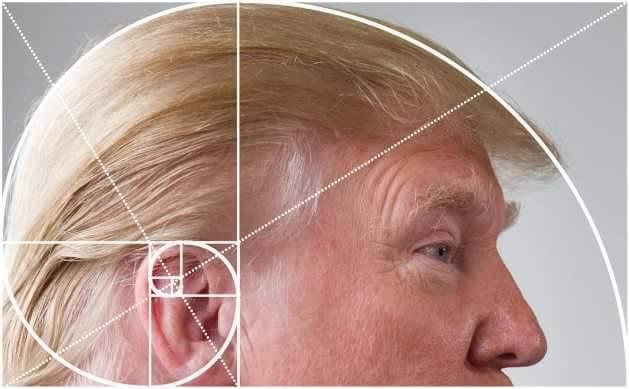 Ultimately, it has it’s legitimacy, however, I feel that most justify their work by overlaying the ratio after the fact.

It’s a good rule of thumb and it has it’s place and is an actual thing, used for many many years, architects from Ancient Greece actually applied the Golden Ratio to their buildings, for example.

Ultimately, it has it’s legitimacy, however, I feel that most justify their work by overlaying the ratio after the fact.

Is it just a rule of thumb for a fairly harmonious proportion, for those without enough aesthetic sensibility to produced balanced work and stand by it without the need for external, mathematical justification?

Of course it has some merit, but as the video says, fibonacci / golden section are both close enough to produce acceptable results. Ultimately it comes down to an ability to actually design stuff.

It’s like the photographers’ rule of thirds. If you apply it slavishly, you can equally end up with an unbalanced composition. However, if you reverse engineer it, then a lot of successful photographers appears to employ it. Do they, or is it the skill of the photographer that sees something in given way that happens to split the frame into thirds.

It is very easy to back-fill using hard rules like these. It is a whole different thing to ‘instinctively’ (that’s a whole other thread) produce balanced work.

It is very easy to back-fill using hard rules like these. It is a whole different thing to ‘instinctively’ (that’s a whole other thread) produce balanced work.

Which came first though - the ratio or the designs?

The Golden Ratio is applied to buildings, paintings, nature etc. throughout history, throughout civilistations, civilsations that never met each other prior (probably).

One of the oldest pyramids in the world is in Peru, built around the same time as the Egyptians.

Makes you wonder. How did civilisations across the globe have the same notions on design and ratios? And no, not Ancient Aliens.

However, I digress, what I mean to say is that these ratios and universal principles of design have been passed down from generation to generation - they are nothing new, and simply guidelines on good proportional design.

Do designers follow it? I don’t follow, at least consciously, I never studied it, never had a need for it really. Yet 25 years later, I am still a designer and getting good feedback.

Is it worth following??? I don’t know, you certainly can, but I wouldn’t waste too much of my time trying to fit it in.

The golden ratio appears throughout nature. It’s observable in a myriad of animal and plant life. All it took was one astute person in any one of those places to see it, and think, “hey, that’s pleasing to the eye, I’ma gonna use it when building my fire ring today.” The nautilus was born far before any architect. And if you lay on the grass and stare up at a tree long enough, you might just see that ratio in the branching pattern.

Like any rule of design, it is a rule meant to be broken. But to break rules first you have to understand them, even if only intuitively. A practiced designer knows when something is harmonious without necessarily resorting to written rules. The times rules are applied after the fact seems to happen most when someone is trying to justify a design that isn’t quite working. No amount of rule following can save you from bad design.

When I see a logo designed with the ratio I kinda give an eye-roll. They all look the same on some level whereas in nature it’s more subtle.

It may not necessarily be more subtle. But it is far more variable. Even in a seashell there will be variations in the striations of material used to create the shell. The rule by itself is boring. But the rule applied to the variable nature of the environment is where the interest lies. Simply following the spiral rule and saying “Yeah, I’m done” isn’t enough.

Like any rule of design, it is a rule meant to be broken.

I can’t say that we should completely ignore the significance of the golden rule. But, yeah using your own creative instincts is not restricted in any case. the golden rule justifies the fact that harmony is the source of true beauty. Certainly, there is always a room for new ideas and theories.

I have no idea why Apple would place the charging port on the bottom of their mouse, making it unusable while charging. 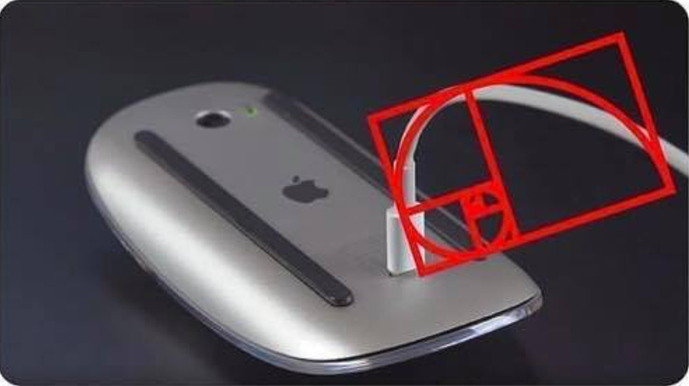 Yeh I know, it was the dumbest design decision of the century! Absolutely bonkers!!!

Charging port on the bottom, in theory is so you don’t use it while plugged in, breaking the plug or wearing out the cable. That lightning cable and connector are too flimsy for dragging around the desktop.
Steve Jobs must be spinning like a top in his grave by this point…

Mouse I have has a wire coming out from the front. It’s not a hinderence. And my mouse moves about 5cm left, right, forward, and back.

I can cover the whole screen with my hand in the same place.

If they can’t design a wire and port that won’t break, then what is the point?

Actually, the battery on them is pathetic too. In that I would charge the Mac mouse and it would be dead in a few weeks.

I bought another mouse for £11 and it is wireless and the batteries lasted 3 years before needing replacing.

I don’t use wireless. I use a wired trackball. In fact my “magic” keyboard has been attached by it’s charging wire since I bought it.
From what I read, the charging wire is different from the data wire. More brittle and carries way more power. Apparently a potential fire hazard. Now why they don’t just make a charging mousepad and be done with it is beyond me. But like I said, Steve Jobs is dead now. No one cares.

But like I said, Steve Jobs is dead now. No one cares.

In addition, Jony Ive, Apple’s chief designer and the person that Jobs relied upon, is no longer at Apple.

I don’t want anything that will die within an hour of starting to use it. In fact, I don’t like dealing with it at all, hence wired input devices. I have work to do.

I prefer a wired mouse too.

It seems I can never remember to charge this new mouse until the battery dies right in the middle of some deadline project, then I need to scrounge around in my drawers for my old wired mouse that no longer works all that well.

In addition, I’m always dropping this new Magic Mouse off the edge of my desk. Sooner or later, one of those drops will kill the thing. With a wired mouse, the cable acts as a tether or a lifeline to keep the mouse from smacking into the floor.

And as long as I’m complaining about my new mouse, it’s way too sensitive and doesn’t have enough options to scale back that sensitivity or turn off options that I don’t need or want. Touch the surface of the mouse in the wrong way and things go sliding across the page or fonts change from 70 points to 7 points.

I’m really disliking this mouse, whereas I always liked Apple’s older, wired Mighty Mouse (other than the little wheel that rarely worked for more than a month or two before getting irrevocably gummed up).

I think wireless mice are a novelty.

I roll with a wired gaming mouse for my design stuff, it has programable buttons (which I assign to different tools). It’s not as pretty as the Mac one, but is much more practical.