If you could have any job what would it be?

If it’s still graphic design, or similar, job then what industry would it be for?

My dream job would be having ad agencies, brands and design agencies from around the world send me their best advertising campaigns. I would pick the best of them and post them to a website. I could do this from home, working whenever I wanted as long as the submitted campaigns were processed in a timely manner.

Oh wait… this is my actual job.

Hmmm…thought about:
Pizza Critic
Drummer
Bourbon Taster
But if I have to settle on one, it could be Model Maker at Amalgam Collection 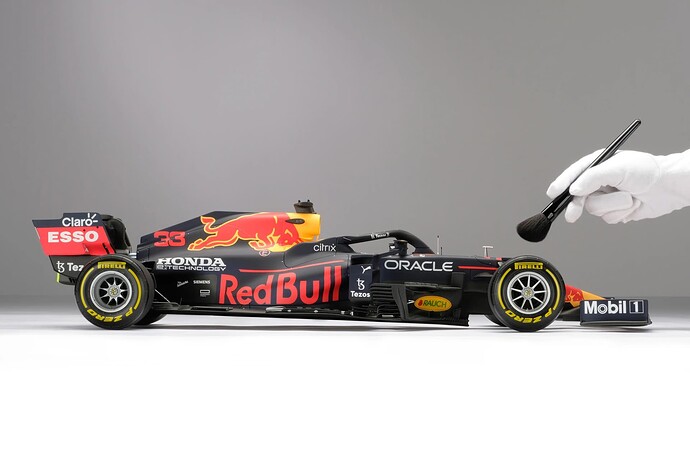 That’s an interesting company I was not familiar with. At first, I thought, “Maybe I can now afford my dream car.” Then I looked at the price on those things and though, “Nope.”

That’s an interesting company I was not familiar with.

Yeah, I’ve had a love for scale modeling all my life, and what they do is pretty much the highest level achieved anywhere, especially in automotive subjects. And no, we can’t afford them.

Back to the original question, I’m not sure what my dream job is.

Maybe my current job just elevated to the status of someone like Paul Rand?

Have a tour company that offers architectural tours of Frank Lloyd Wright and modernist masterpieces?

On more of a practical note, I’ve always thought that if I weren’t doing what I’m doing I could see myself working for some organization like the Regional Commerce and Growth Association that promotes my region (since I like where I live and think it has a lot to offer). Is that a “dream job,” though? No. It’s just something different that interests me.

Feeling pretty boring right now. Let me think about this for a bit.

So you don’t have to design the campaign? Just posting it to your website is worth it to them to pay you?

I’m also leaning towards dog walker but not running haha. The best I could offer is to rollerblade or bike with the dogs.

My dream job is making money while someone else does the work.
I’m goin’ fishin’

That’s my husband’s dream too but sub fishing for video games.

My dream job is not a job: Unlimited income and not having to lift a finger.

It’s not my website, I’m the admin/site manager for Ads of the World, a subsidiary of The Clio Awards. I just moderate advertising campaigns sent in. Not only do I get to see the best commercials from all over the world, sometimes before the public. I get to see the long versions that rarely show up on TV.

I’ve already had my two dream jobs, and neither turned out quite as dreamy as I had hoped.

The first was as the design director of the daily newspaper I grew up reading. It was literally the oldest business in Utah and owned by the Mormon church. There were good reporters there, and the paper and its designers won lots of regional and national awards. Still, the old-school management was stuck in its ways with a business model straight out of the 1950s. They didn’t want to hear that the future was coming no matter what arguments I made or what they preferred instead.

After 15 years at the newspaper, I left in frustration to take my next dream job — creative director of a new outdoor adventure media company that published magazines and books, produced television and radio shows, and built e-commerce websites focused on outdoor gear. While it lasted, it was the most fun job I ever had. The CEO secured plenty of venture capital but seemed to have no workable business plan. He also had some unusual personality quirks that led to lots of bad decisions. The company folded during the dot-com bust of 2000 due mainly to problems caused by those shortcomings. Earlier this summer, that same former CEO was arrested in Hawaii for making a series of bomb threats. Here’s the story — ironically from the same newspaper where I previously worked.

Oh yeah I’m familiar, is brands of the world a sister site?
NM, I can see that it is. I used both for research purposes plenty of times. Great sites!

Sorry it didn’t work out at that second job. It is very frustrating to be enjoying a job, only to have it crushed because upper management made poor decisions or didn’t plan ahead.

My dream job is not a job: Unlimited income and not having to lift a finger.

Well, you know, one’s nightmare is another’s fantasy. I’ve said this before: Retirement is overrated.

My dream job would be working for an Animation Company, something like Cartoon Network… I’m beginning in the Animation career and I realized that working in that is really hard!