To better understand the intended target audience of a given project have you used an empathy map before: 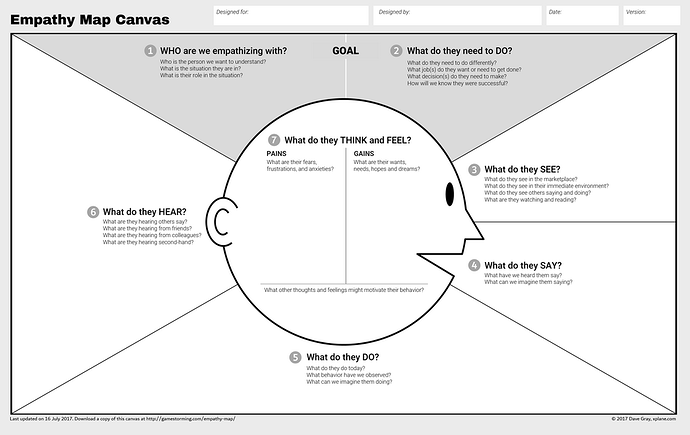 Is this something which is standard practice?

I have not used one.

I’ll usually consider many of these or similar questions. If I can’t answer them, I’ll do some research. However, every situation is different, so the questions and the relevance of the answers also differ.

I’ve never heard of an “empathy map” though.

That’s interesting - it’s quite a widely used UX tool to help you understand your audience better, have never used one myself either, but have heard the term mentioned in various places and I was curious as to whether you’ve heard of them being used in our space.

I read up on empathy maps, and it seems to be one of the latest trendy things in design.

Yes, empathizing with the target audience is important, but that’s been obvious and part of target audience engagement for as long as I can remember. I see no particular value in turning it into a process-driven map, though.

In addition to yearly design trends that come and go, there are also these other trends that are more about processes or ways of thinking. They also come and go. They arrive on the scene and are fueled by writers, bloggers, podcasters, and YouTubers who use them as subject matter for their next online pronouncements. This exposure creates more interest, which fuels more discussion, which fuels more interest, and so on. Sooner or later, though, like a pyramid scheme, they collapse in on themselves.

They’re always built around nuggets of wisdom, but they never warrant the initial excitement. Eventually, people either tire of them or realize they weren’t quite as revolutionary as they first thought. Sometimes, they turn out to be counterproductive. Sometimes they have actual value for many people, which is fine.

Here’s an off-the-top-of-my-head list of random stuff. I’ve added empathy maps to the list. I’m sure I’ve missed a few.

How do these things come to fruition?
Is it another example of pareidolia - or a form of it.

I’m sure empathy maps have their uses - but shoehorning this into design is probably more along the lines of apophenia again.

To me, it just feels like another bandwagon to jump on. Another patronising, over simplification. If you do, A, then B, then C, you will get to D. Job done.

The process is a far more subtle one. Of course, we all have our methods and techniques to help identify the target customer, but this feels like yet another marketing gimmick.

Probably devised with best intent by someone, but then adopted by the less erudite as a crutch to lean on and shore-up their belief in their own professionalism. I have never been one for the jargon, lingo, gimmick du jour. All feels like self-justifying bulls**t.

The last item on my list was Stephen Covey’s books. His first best-selling book was The 7 Habits of Highly Effective People way back in 1989. It’s sold something like 40 million copies and was required reading at two of the jobs I’ve had over the years.

When it first came out, everyone talked about it as though these seven habits were brilliant, life-changing insights into a successful life and a stellar career. Over the years, I’ve spoken with numerous people who claimed the book changed their lives.

The entire book could be summarized into seven paragraphs, if not condensed into a couple of sentences. These supposedly seven brilliant insights were statements of the obvious that I would have thought everyone over the age of 14 already knew.

The seven habits were along the lines of being proactive, setting goals, living a balanced life, thinking positive thoughts, being nice to people, etc. Eventually, he wrote another book where he claimed to have discovered an 8th habit: have a purpose.

His simplistic truisms were all great, but I didn’t need an entire book pontificating about the obvious.

Similarly, I don’t need an empathy map consisting of labeled boxes, quadrants, and circles to provide a step-by-step formula for empathizing with or understanding users, clients, customers, friends, family, strangers, or whomever.

I don’t think these process-based solutions to nebulous problems are beneficial. For that matter, they’re often counterproductive since they often depend on simplistic formulas, assumptions, and categorizations that don’t necessarily correspond to the situation or what’s most relevant to the problem at hand.

The 7 Habits of Highly Effective People

he claimed to have discovered an 8th habit 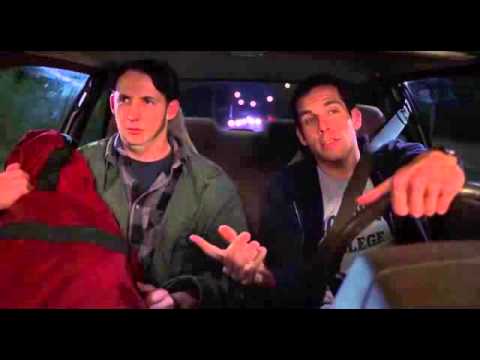 All of that stuff is just repackaging of concepts that already existed. I can see empathy mapping as a useful exercise in designer education, perhaps, but in the aggregate process mindset of the seasoned designer, target audience analysis should be more of a gut-level ingredient than a few written down, self-ask questions can represent.

You forgot about whatever that thing was a couple weeks ago with the icon drawings.
or maybe you didn’t and I’ve just forgotten what that mess was called.

You mean the brand archetype thing?

There are definitely some of these exercises which are gimmicks and don’t produce any tangible results that you can take away and execute on.