I’ve been using Acrobat for about 2 years now, mainly for one particular client. It’s an amazing program and it’s awesome to be able to edit PDFs. However, I’ve been having font problems ever since I started using this program, and this has happened on two different computers — a MacBook and an iMac. Basically, I’m assembling a series of books from other PDFs that already exist. I think this is part of the problem but we only have these PDFs to work with, i.e. there are no original native files. So I’m often using Acrobat as I would InDesign! As mentioned, we’re assembling new books from previous PDFs, merging, combining files and often updating or adding new text within these PDFs.

Also, some of the PDFs for these books can become quite large — around 150 to 300 MB. So that might be part of the problem too.

The problems are that some text will disappear as I’m working on a document or some text will suddenly become garbled (greeked, or as computer symbols). We try to thoroughly proof these books that we’re cobbling together but that doesn’t always catch errors as some font problems suddenly appear when a project is almost finished.

This has been extremely stressful and, so far, no one has been able to give me a clear answer about how to solve this. There have been some other issues as well but the font problem has been the worst. BTW, the font used in these documents is Verdana.

Thanks in advance for any suggestions. Rob

The big problem here is that you’re attempting to do something with PDFs that was never intended when PDF was developed. I’m sure you know that, though.

There are several non-Adobe software applications for editing PDFs. Most only do certain things and sometimes not very well, but are you using any of them? Have you used PitStop Pro? It’s a software tool used to edit/repair PDFs — primarily for prepress. I think almost every commercial printer has a copy.

Thanks! Yes, that’s the main problem – I’m trying to do something with PDFs that Acrobat was not intended for. I haven’t tried any of the other applications though but will consider them. I was under the impression that Acrobat was the best one to use. Maybe I could use Pitstop to check/repair my files at the end of each project?

The most common PDF font embedding strategy (because it’s the default) is “subset”. That is, only the characters used in the original document, pre-PDF-export, are embedded in the PDF and available when editing. The rest of the font simply isn’t there, and Acrobat isn’t intended for setting type, so when you try to add text it may be pretty likely you’ll attempt to add unavailable characters. Given your description of the project, that’s probably not the only issue, but I suspect it’s part of the problems you’re having.

If that was my project, I’d Place those PDF pages in InDesign, where pieces of them could be moved around and patched-over with additional content to compose new layouts.

Thanks. I think this is shedding some light on the issue. But how would I open or place PDFs in InDesign? If I get a moment later, I’ll experiment with this. 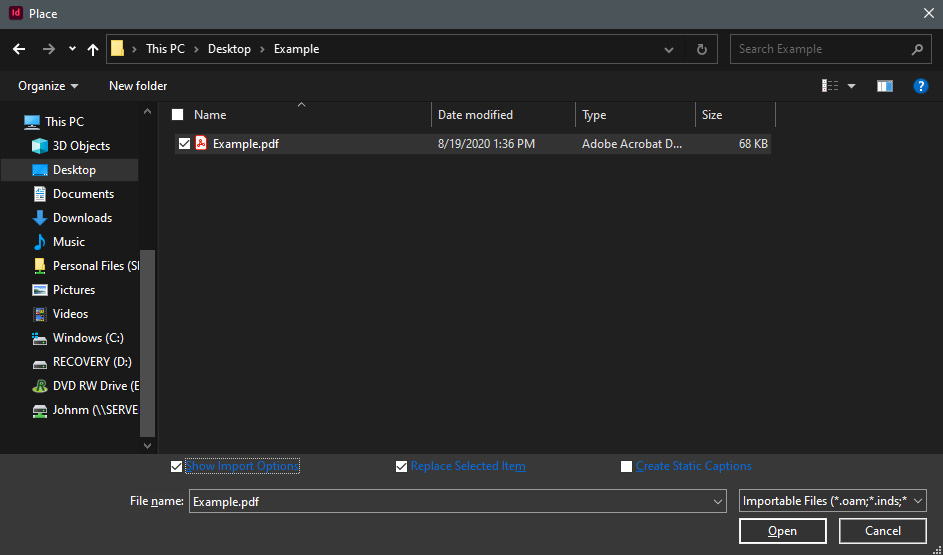 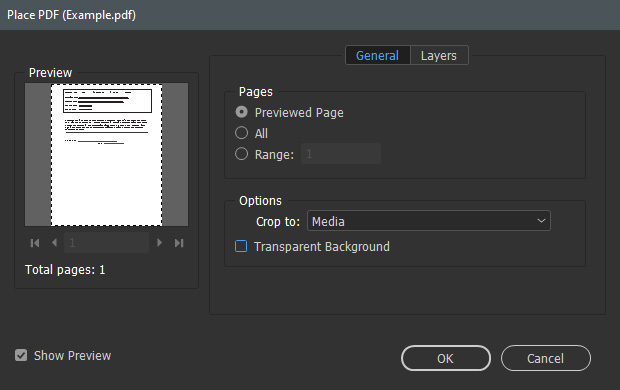 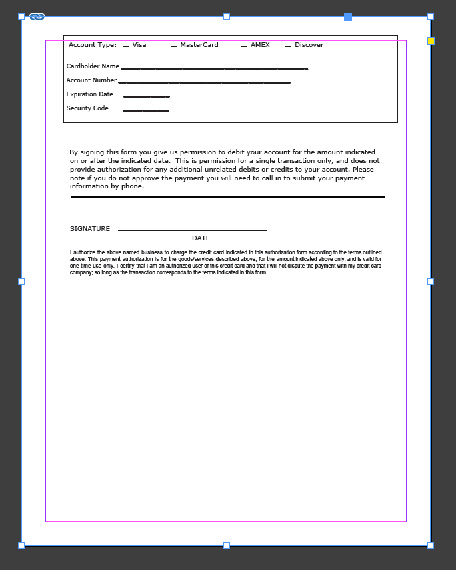 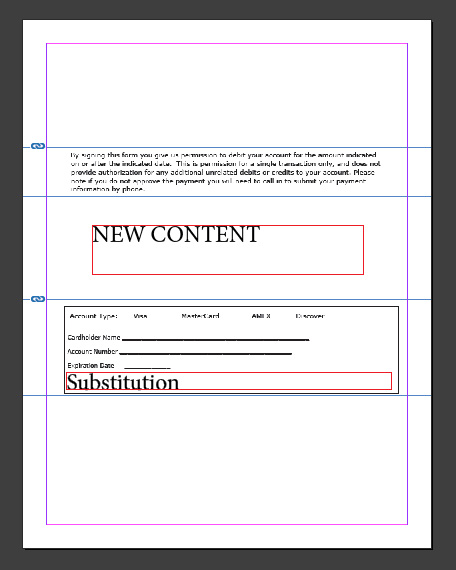 Thanks for this! Will try it out.

The most common PDF font embedding strategy (because it’s the default) is “subset”.

I’m agreeing with HotButton on this being a huge problem with the type. Similarly, there are other settings in Acrobat that enable varying degrees of data minimization in the file as a means to reduce the file size to only that needed for display purposes. In other words, lots of the behind-the-scenes stuff in the source file can be omitted during the creation of an optimized PDF, which reduces its subsequent usability for anything other than being viewed in a PDF reader. These kinds of optimizations can’t typically be undone.

HotButton’s suggestion about placing the PDF file into an InDesign document and simply adding new text (or other objects) on top of problematic parts of the PDF might sometimes be the best option, even though it’s far from a best practices way of doing things. You’ll end up with something of a mongrel final document, but then again, that’s sort of what you’re making anyway.

Thanks, everyone, for this. So can I open a PDF consisting of several pages in InDesign, make edits, and then export it as a new PDF? Based on the number of pages that I’m hodge-podging together from different sources, this would be faster than doing it one page at a time.

To give an example of one of the problems I’ve just had: one page of my latest file had the word “Date”. When my printer sent me a soft proof, this word came out as “ate” – obviously the “D” suddenly somehow disappeared and I only caught it when checking my printer’s PDF proof.

Not really. Its behavior on the InDesign page will be like that of a placed image. But, as I demonstrated, you’ll be able to use/move/hide pieces of it by cropping with its frame, making copies, and adding new content over or around it just as you would add content to any InDesign page.

So, perhaps I could use Acrobat for minor edits, i.e. changing a word here & there. But I should use InDesign to make substantial edits by placing a PDF into ID? This might be a way forward.

Let me preface and say I have not used this, but I did come across it recently and thought hmm… https://markzware.com/products/pdf2dtp/

Sadly it’s another subscription, but I do believe they can convert files for you for a fee also. Having your files converted to ID docs instead of pdf would allow you to easily edit.

So, in the end, is the best advice is to use Acrobat for minor edits and assembling files, but to try to use InDesign for substantial edits?

Another idea, is that – if my client requests major changes of certain pages – is to simply rebuild them in ID & then export them as new PDFs.

It seems you’re seeking a “rule of thumb,” but there isn’t one. In the same way an artist chooses a particular brush to produce the desired paint application technique, it’s on you to choose the best solution to each challenge as you encounter it. This is the value of knowledge and experience, and working through your current situation is how you acquire them; make a good choice and learn from it; make a wrong choice and learn from it.

If you have to do it a lot, maybe you could consider a plugin for Indesign.

It is not for free, but it is very good.

PDF2ID is the best PDF to InDesign or PDF to Quark conversion tool. Adobe recommends PDF2ID to open, convert and edit PDF files in Adobe InDesign to their customers. You can also Convert Adobe Illustrator to Adobe InDesign; convert PDF to Adobe...

Hmm, thanks for suggesting this, it sounds good! I’ll look into this and its cost.

I’m going to highlight something that JustB alluded to.
When a PDF is saved with any kind of downsampling for file size, you run the risk of ruining the integrity of any graphic/image element placed in the file.

Using Acrobat, Pitstop or any other PDF editing program is only used in dire emergency, not as a regular everyday design fix, and then only after all other resources have been exhausted.
I’d really consider trying the PDF2ID kind of software, but even that may not get you where you need to be. Having used Q2ID, I know it isn’t perfect either. There will be clean-up time involved on top of the cost of the software. And if there are any images or transparency effects in this pile of PDFs, you will only get the resolution and size that was embedded when the file was exported. Often times without available bleed too.

Thanks. Yes, I’ve ended up using Acrobat as if it were InDesign. I’m going to try to dig deeper with my client and see if we can find the original ID or AI files.

Again, my client has several PDFs which we are reassembling into new books. Most pages don’t require editing, some have minor edits while a few have major revisions. For the latter, I’m going to try to obtain the original files or rebuild them in ID. This seems to be the best option as I can’t believe I’m the only one in this situation and there has to be a practical work-around.

So far, I haven’t had any problems with images. But, for sure, I’ve had some text disappear or not display correctly.