This little one was inspired by an old school photo I saw online. I try to use my own, but if I use photos from the internet for the form and posture, am I infringing copywrite? 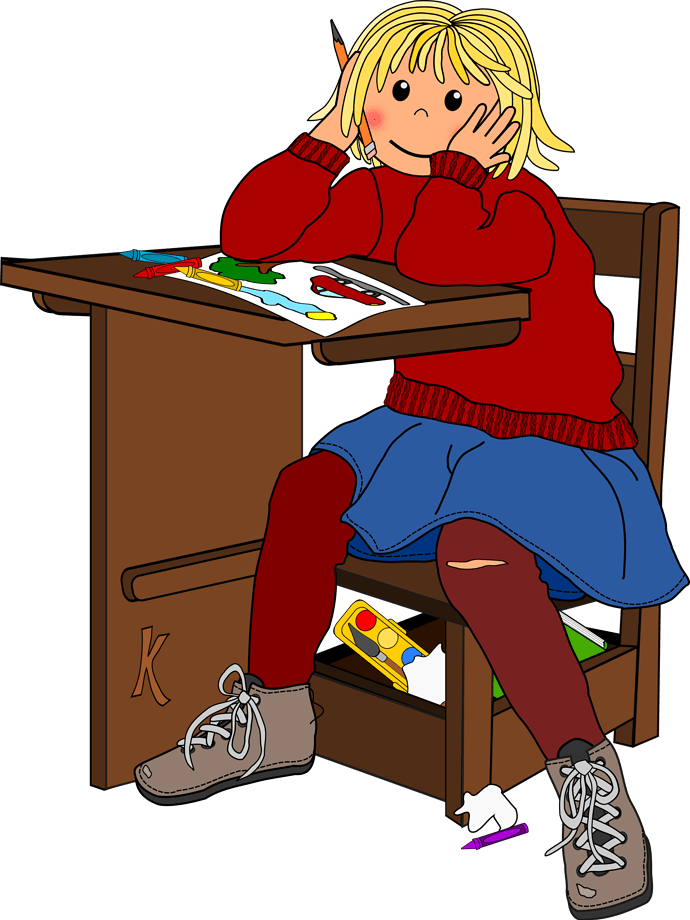 …if I use photos from the internet for the form and posture, am I infringing copywrite?

Illustrators use reference materials all the time. There’s no clear and definitive boundary between what’s OK and what might be a copyright infringement, but using images found on the internet or in magazines as reference material for things like form and posture is probably fine.

The rip on her left knee is a nice touch.

As your style progresses, I might suggest the facial caricature be more evolved in keeping with the more realistic transformation overall.

Just-B is right on the mark! No worries! In my 50-year career, I used photo references all the time. In fact, when I began my career, I started cutting photos from magazines (yes, I’m that old!) and filing them according to subject matter. Us “Old Dudes” called it a “Photo Morgue.”

Dittos on RedKittie’s comment too, the subject is “adorable.”

Us “Old Dudes” called it a “Photo Morgue.”

I sometimes find myself not using lots of the old terminology because so many people don’t know what we’re talking about anymore.

Years ago, when I worked at the newspaper here in town, we had about eight or nine on-staff illustrators (which would seem crazy today). Each had an extensive morgue of clipped photos from magazines and newspapers. When I say extensive, I mean extensive, as in thousands and tens of thousands of carefully filed clippings. Mrs. Just-B worked at the competing newspaper as an illustrator, and she still has her morgue. She no longer works as an illustrator, but she can’t bear to part with it; it too way to long to assemble.

Yes. Memories are slowing drifting back.

Thank You to All. And yes those photos/references are filed on the computer now days. :).

Don’t forget—my illustrations will always a “k” ( this one is meant to be carved into the desk -I might work on that a little )- and there is a little loose string somewhere!

I always look for the loose string

I think you have a great style. I like the simplified faces. Overall they are whimsical and personable.

These are always fun illustrations! Sorry you lost all that work a bit ago.

I ran across one of my photo morgues the other day. Half of it was photographed examples of extreme angle perspective on a number of various things. I was noticing the other day that it is sometimes very hard to find high shot or low shot angles on stock sites. There was a fad for a while on high shots, but everything seems boringly straight on these days. I needed a high angle back shot of someone lying in a bed for an illo I was doing and ended up having my sister shoot me with her phone camera while I was lying on the living room floor, LOL!