I hope everyone is having a great Friday!!!

Tonight begins getting the presents bagged and tagged

I hope everyone who celebrates has a great holiday.

I’ll be taking a bit of a Friday Post break until after the New Year. 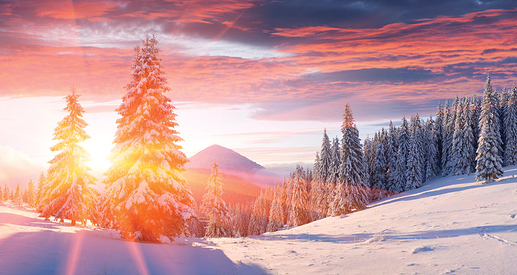 Here are a few Winter Solstice facts according to Mental Floss

The date of the winter solstice varies from year to year, and can fall anywhere between December 20 and December 23, with the 21st or 22nd being the most common dates. The reason for this is because the tropical year—the time it takes for the sun to return to the same spot relative to Earth—is different from the calendar year.

Not only does the solstice occur on a specific day, but it also occurs at a specific time of day, corresponding to the instant the North Pole is aimed furthest away from the sun on the 23.5 degree tilt of the Earth’s axis. This is also the time when the sun shines directly over the Tropic of Capricorn. In 2019, this moment occurs at 4:19 a.m. UTC (Coordinated Universal Time) on December 22. For those on Eastern Standard Time, the solstice will occur at 11:19 p.m. on December 21. And regardless of where you live, the solstice happens at the same moment for everyone on the planet.

As most are keenly aware, daylight hours grow shorter and shorter as the winter solstice approaches, and begin to slowly lengthen afterward. It’s no wonder that the day of the solstice is referred to in some cultures as the “shortest day of the year” or “extreme of winter.” New York City will experience 9 hours and 15 minutes of sunlight, compared to 15 hours and 5 minutes on the summer solstice. Helsinki, Finland, will get 5 hours and 49 minutes of light. Barrow, Alaska, will not have a sunrise at all (and hasn’t since mid-November; its next sunrise will be on January 22), while the North Pole has had no sunrise since October. The South Pole, though, will be basking in the glow of the midnight sun, which won’t set until March.

The seeming death of the light and very real threat of starvation over the winter months would have weighed heavily on early societies, who held varied solstice celebrations and rites meant to herald the return of the sun and hope for new life. Scandinavian and Germanic pagans lit fires and may have burned Yule logs as a symbolic means of welcoming back the light. Cattle and other animals were slaughtered around midwinter, followed by feasting on what was the last fresh meat for several months. The modern Druidic celebration Alban Arthan reveres the death of the Old Sun and birth of the New Sun.

The Pilgrims arrived at Plymouth on December 21, 1620, to found a society that would allow them to worship freely. On the same day in 1898, Pierre and Marie Curie discovered radium, ushering in an atomic age. And on December 21, 1968, the Apollo 8 spacecraft launched, becoming the first manned moon mission.

Solstice derives from the Latin scientific term solstitium, containing sol, which means “sun,” and the past participle stem of sistere, meaning “to make stand.” This comes from the fact that the sun’s position in the sky relative to the horizon at noon, which increases and decreases throughout the year, appears to pause in the days surrounding the solstice. In modern times, we view the phenomenon of the solstice from the position of space, and of the Earth relative to the sun. Earlier people, however, were thinking about the sun’s trajectory, how long it stayed in the sky and what sort of light it cast.

The primary axis of the megalithic monument is oriented to the setting sun, while Newgrange, another structure built around the same time as Stonehenge, lines up with the winter solstice sunrise. Some have theorized that the position of the sun was of religious significance to the people who built Stonehenge, while other theories hold that the monument is constructed along natural features that happen to align with it. The purpose of Stonehenge is still subject to debate, but its importance on the winter solstice continues into the modern era, as thousands of hippies, pagans, and other types of enthusiasts gather there every year to celebrate the occasion.

The holiday, which began as a festival to honor the agricultural god Saturn, was held to commemorate the dedication of his temple in 497 BCE. It quickly became a time of widespread revelry and debauchery in which societal roles were overturned, with masters serving their slaves and servants being allowed to insult their masters. Mask-wearing and play-acting were also part of Saturnalia’s reversals, with each household electing a King of Misrule. Saturnalia was gradually replaced by Christmas throughout the Roman Empire, but many of its customs survive as Christmas traditions.

The Iranian festival of Yalda is celebrated on the longest night of the year. In pre-Islamic times, it heralded the birth of Mithra, the ancient sun god, and his triumph over darkness. Zoroastrian lore holds that evil spirits wander the Earth and the forces of the destructive spirit Ahriman are strongest on this long night. People are encouraged to stay up most of the night in the company of one another, eating, talking, and sharing poetry and stories, in order to avoid any brushes with dark entities. Beliefs about the presence of evil on the longest night are also echoed in Celtic and Germanic folklore.

December 21, 2012 corresponds to the date 13.0.0.0.0 in the Mesoamerican Long Count calendar used by the ancient Maya, marking the end of a 5126-year cycle. Some people feared this juncture would bring about the end of the world or some other cataclysmic event. Others took a more New Age-y view (literally) and believed it heralded the birth of a new era of deep transformation for Earth and its inhabitants. In the end, neither of these things appeared to occur, leaving the world to turn through winter solstices indefinitely, or at least as long as the sun lasts.

Have A Great Weekend, Holiday and New Year Gang!! 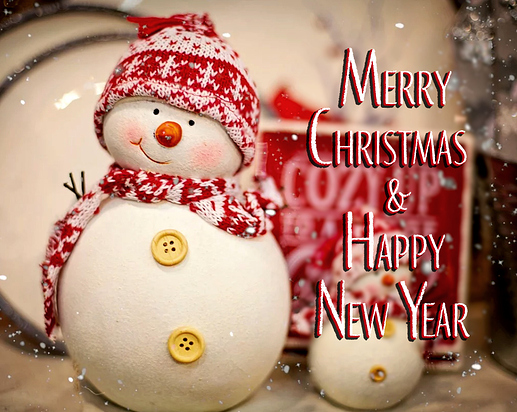 Hey, there’s a lot of great stuff going on: I get to take off an hour early, I don’t have to work over the weekend, the days are going to start getting longer, and I get to go with my sweetheart to do some Christmas shopping for our grandson.

Have a great weekend, everybody.

Still have to wrap everything (what I’ve got in hand so far anyway, waiting on a couple more deliveries), and then clean up the mess that happened all over my house from making my holiday cards. I also have to decide what goodie to make to bring for Christmas Eve dinner. Might make a variety of chocolate barks.

And the fact that we’re past the solstice makes me happy. Darkness at 4:30 is a bit depressing.

You really gotta wonder what the Pilgrims were thinking to set sail at a time that would put them in a strange northern place in the middle of winter (their original Hudson River destination was not much better.) And what a weird coincidence that the Wampanoag had amongst them a captive/slave (“Squanto”) who spoke fluent English.

Holidays on Wednesdays two weeks in a row sure put a crimp in production scheduling.
Gonna be some early mornings/late nights for sure.

I didn’t know Amazon had bought Whole Foods. I had to give back a few items at the register today that weren’t on sale without an Amazon Prime card, which I don’t have. Their loss.

Christmas shopping by gift card this year. They won’t be Amazon cards.