Happy Friday! How to live trace a logo?

Here’s an image from the digital assets page of a major city’s website.
This is just all kinds of facepalm…

Please tell me that you at least have a sheet of tracing paper taped to your monitor to trace this thing freehand, upright, using a straightedge and a pencil?

Must be wanting to use the text with another freehand drawing - why not trace it first - then draw your design around it … I don’t know… only thing I can come up with nearly explain this luddite.

Not much to report here. Weather is fairly calm - snow is melting at the balmy 40° + temps we have been having. I’m sure there is another one, two punch just around the corner

I’ll be working on my knitting and that’s about it!

Have a great one gang! 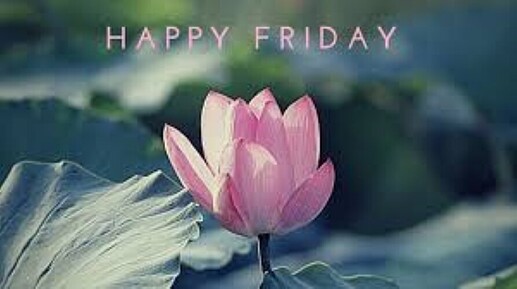 Lightboxes have come a long way. I just bought a new one, but it isn’t a box. It’s a flat sheet of acrylic that’s edge lit with LEDs. It’s only 1/4" thick and lays on my drafting desk like an ink blotter. And it’s dimmable! Love it!
Funny thing though, is I’ll do my sketches and get the layout comp right, then photograph it and bring it into Photoslop for finishing. I’ve discovered digital ink is far more forgiving than pens (though I still pen stuff too.)

Thinking of cranking up the smoker this weekend. Not sure what it’ll be but probably ribs. Shoulda thought about thawing out the turkey I won for Thanksgiving and maybe smoking that but that won’t happen for tomorrow, LOL. It’s down in the deep freeze. Smoked turkey would be novel though.

Lightboxes have come a long way.

Probably around 15 years ago, I bought an old doctor’s office X-ray viewing lightbox off Ebay for a few dollars. It works perfectly. It’s not as fancy as a modern, edge-lit LED slab, which sounds pretty cool, but it gets the job done.

At the newspaper where I used to work, the union back shop had rows of big glass-topped light tables where all the film stripping was done.

On the Bostonia example above, I wonder what the point of tracing it with a pencil might have been when a screen capture would have worked better if the objective was tracing over it in a vector application. Then again, maybe the objective was a pencil sketch to experiment with for a redo. Or maybe it was just a photo op thing.

I have two different color temperature bulbs in mine. Been meaning to fix that for about 20 years, now. Doubt it will ever get done. 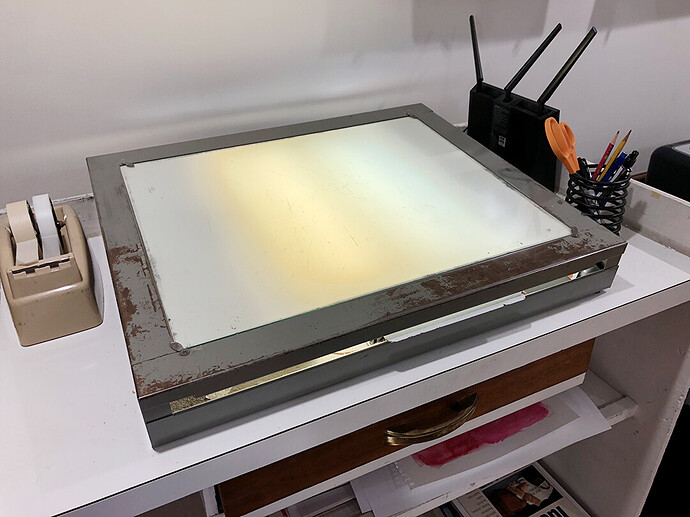 Doubt it will ever get done.

Yeah, that’s sort of my attitude about them. Heading back two or three decades, light boxes and tables were essential. That’s not so much the case any longer other than for a few things here and there. When I need one, I’m glad to have one, but like I mentioned, an old X-ray viewing box with some equally old fluorescent tubes is good enough. Maybe down the road a ways and after retirement, I’ll start drawing more and I’ll buy (and use) a better light box, but for now…

I’ve actually been thinking of getting one of the new ones to help with my diamond painting. They are so sleek and fancy now

I’d take a picture of mine but right now it is under what happens to any flat space here if left empty too long.
but this is it:

Real tracing paper? Luxury…
My sister and I used to make do with some kind of baking paper from the kitchen.

Well, as long as we’re daring each other to show off our light boxes, here’s my official Wolf Trimline Plus X-ray viewer. 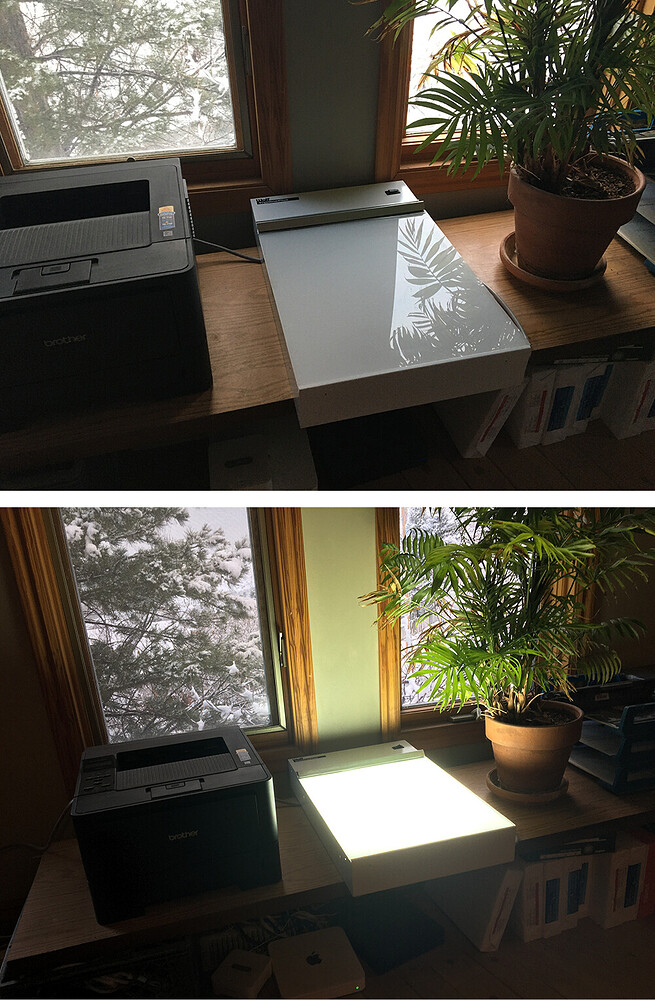