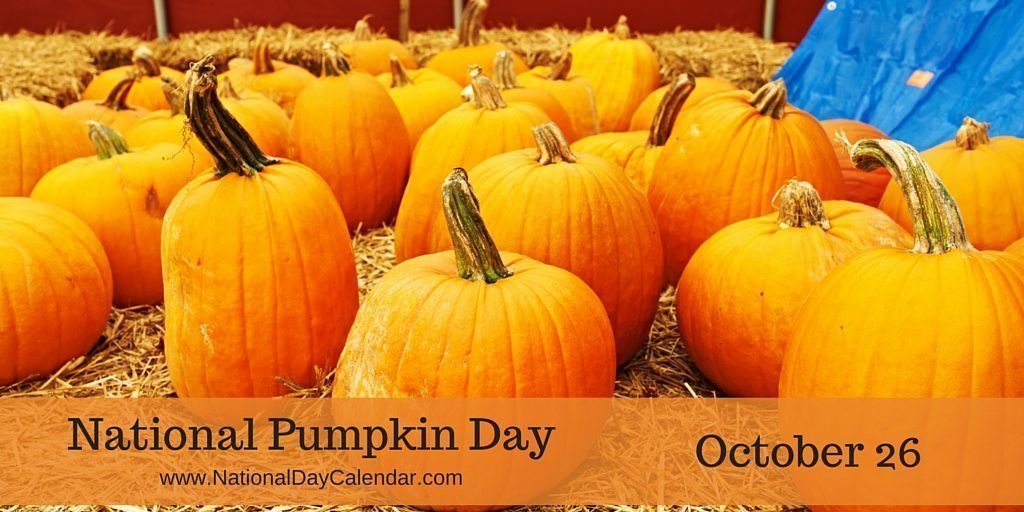 Right in time for Halloween

We recognize a favored autumn decoration and food on October 26th that is used in a variety of recipes, competitions, and festivals. It’s National Pumpkin Day!

By October 26th, we in a frenzy of pumpkin obsession. We cannot wait for the big November holiday for pumpkin pie. No siree, we need pumpkin everything! Bars, cookies, coffee, cheesecake, pasta and oatmeal. Pumpkin Chunkin’, pumpkin patches, festivals, bake-offs and television specials. Let’s not forget jack-o-lantern carving, too! This fruit grabs American’s attention.

As it should be. This squash is native to North America. The oldest evidence of pumpkin-related seeds dates back to somewhere between 7000 and 5500 BC to seeds found in Mexico.

The word pumpkin originates from the word pepon , which means “large melon” in Greek.

Within recent years, white pumpkins have become more popular in the United States. The United States produces 1.5 billion pounds of pumpkins, with Illinois producing more than any other state.

Canned pumpkin may be recommended by veterinarians as a dietary supplement for dogs and cats that are experiencing certain digestive ailments.

Raw pumpkin can be fed to poultry as a supplement to their regular feed during the winter months to help maintain egg production.

Within our research, we have been unable to find the creator of National Pumpkin Day.

Have A Great Weekend Gang!!! 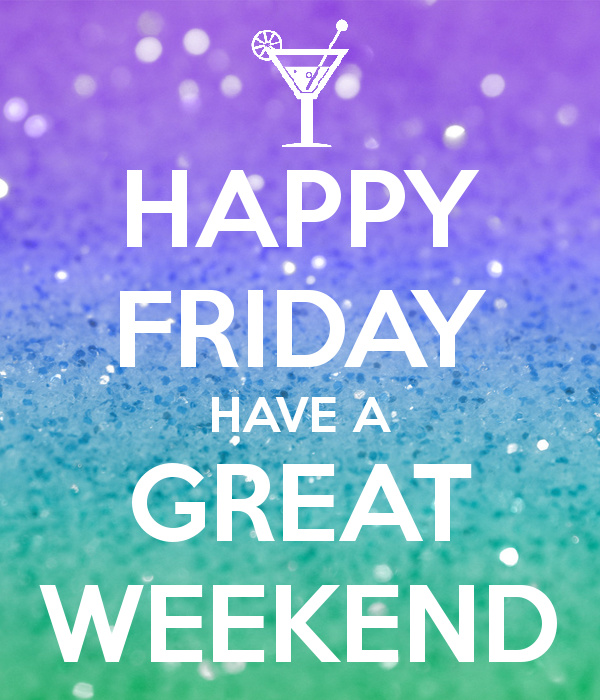 The plan is to scoot out of here with the Mrs., head to a hotel a couple of hours south of us, and get up early for some fall hiking and photography. Looking forward to it.

Have a great one, everybody.

I’m nursing a sicky-poo. I think he has some form of the Flu … just not sure

Tomorrow I have the little one. We might make some more jewelry or bake. Whatever she is most up for I suppose

Other than that … nothing much planned. I might throw a ham in the oven for a good weekend dinner. YUM!

We’re supposed to get a rainy nor-easter tomorrow. Up to 2" rain. They’re saying maybe some wet flakes out where I live. Got the woodbox stocked up cuz it sounds like a nice day for a fire and a BFGOW.

It’s supposed to be good fall weather for the weekend here in Ewetaaaaah. I’ll be stuck working through it, though. If I’m lucky, I’ll get just enough of a break to rake up some leaves. Exciting stuff. I’d rather go hiking like Steve is planning to do.