Has Photoshop changed it's halftone abilities?

Hi everyone! Perhaps this is a weird post, but I don’t know where else to turn.

Back in 2015, before I studied graphic design formally, I would use Photoshop to prepare images for my amateur screenprinting art practice. It was the way my art school teacher taught me in the mid 2000s. I would do the following:

I would get results like this Bowie grid (made in 2015). This is actually a screenprint with some washout/burn issues, burned from a digital positive I made in Photoshop, but you can still see it has that classic halftone look from the years before computers. 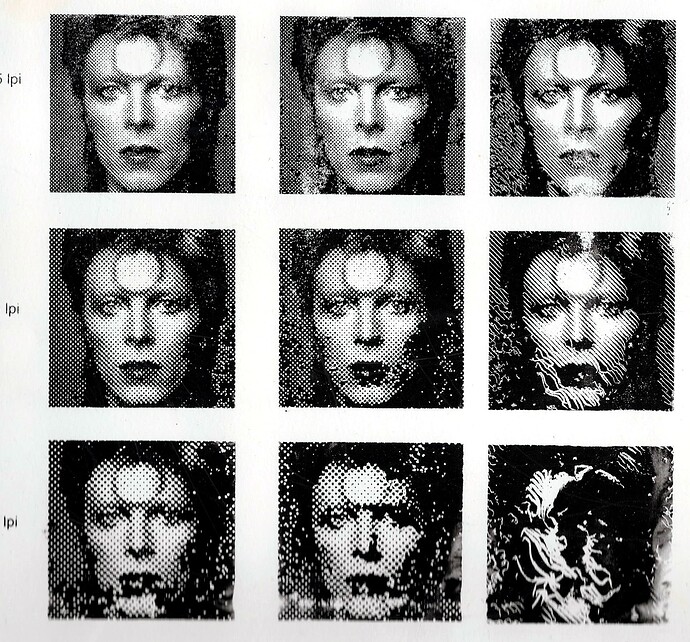 Fast-forward to today: I haven’t done much halftoning since my screenprinting days, and I don’t think I paid attention if I was ever taught this graphic design school (2016-2018) because I felt like I already had the skills. However, when I try to use Photoshop today to get similar results, I feel like the halftone bitmap results look far inferior…much more “digital”. I’m doing the same steps that I did 6 years ago…I feel a little crazy. 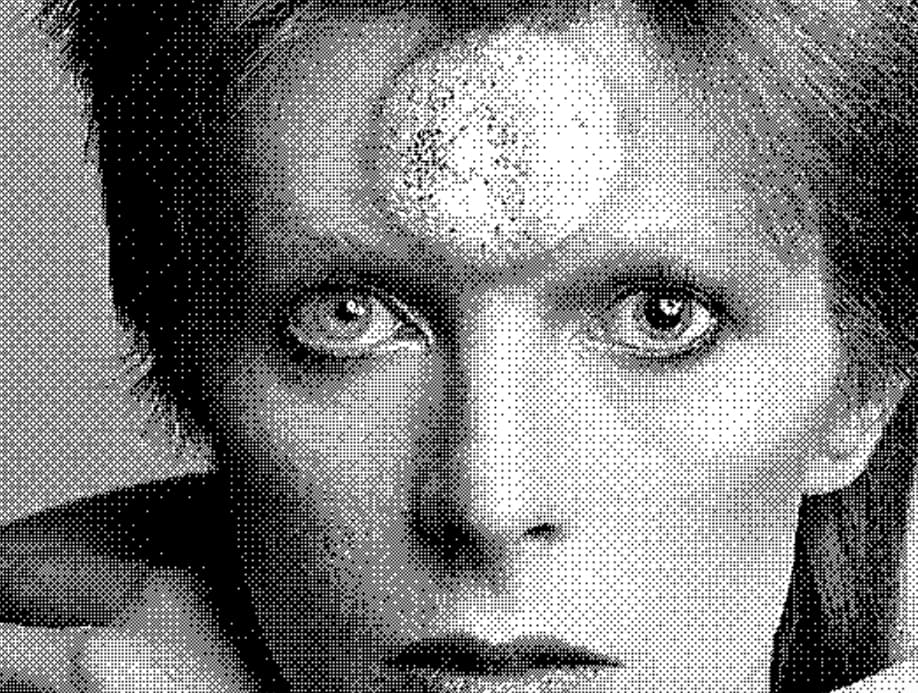 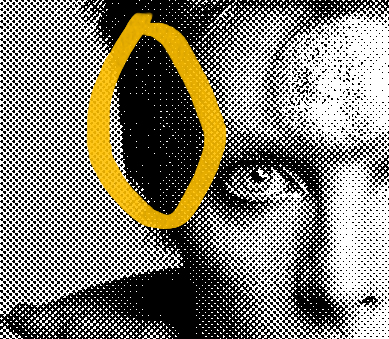 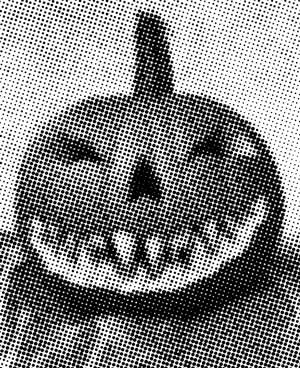 Hi @praxix
I’m aware of that simple method, but I don’t like that it doesn’t give you a crisp, black and white halftone. It’s all muddied with grays.

Also, I am teaching a class about halftones in the future, and this method feels like a bit like cheating…it won’t help students understand bitmaps and halftones as well as the other method I mentioned I like to use

Also, it’s not addressing my question about Photoshop handling halftones differently over the years

I’ve been frustrated by this too. You’re right, this procedure doesn’t produce the same results as it used to — at least it doesn’t seem so to me. Long ago, when I worked at a newspaper back in the late '80s, we’d sometimes use the first version of Photoshop to produce line art halftones that we’d run in the paper on the rare occasions when there wasn’t enough time to do it the conventional way with a stat or process camera and screens on Ortho film.

Thanks @Just-B. Even though it’s rough to hear that there is no obvious answer or solution, it’s nice to know I am not the only one who is frustrated by and has noticed this.

I am interested in learning more about “traditional” halftoning methods. Maybe it’s time did a little research and watched some videos about stat /process camera cameras and Ortho film. I was born in the 80s and have never heard of these!

There are probably two or three of us here who worked directly with paste-up, mechanical color separations, film stripping and the other old ways of doing things.

Ortho film, by the way, was a brand name of high-contrast litho film used in process cameras (big litho cameras that sat on the floor). The film didn’t record grays like film in a hand-held camera. Instead, when the film was exposed, those sections that were exposed either turned black or clear depending on the amount of light that hit the film. Place a glass or plastic halftone screen in front of the film while exposing it to a continuous tone original (a photograph) in a vacuum frame, and the holes in the screen either let enough light through to turn the film clear or made it stay black (after going through the chemical baths, of course). The end product was a halftone (at whatever lpi the screen was) that could be stripped into the film negative used to burn the litho plates for the press.

Try Rasterbator. (rasterbator.net)
I know, it’s a horrible name for a piece of software but it will give you actual vector halftone dots. There’s an online version if you are on a mac, and there used to be a downloadable standalone app for PC but I haven’t used it in a long while so I’m not sure that is still true (I just looked and it is still true.)

We always did halftones for silkscreen in Quark, which had an excellent true line screen output. We don’t do halftones in house any more and haven’t even loaded Quark on a production machine for 3 years now.