Hello guys, I just designed this ebook and I’ll like you all to rate it and criticize it constructively and tell me what you think.

You’ll need to post an image of the cover. 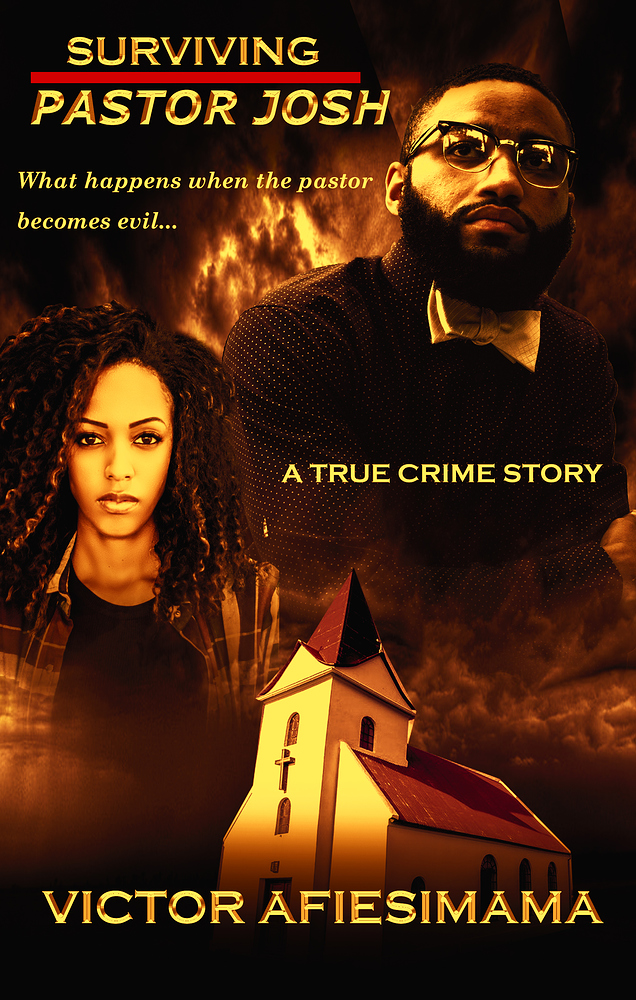 The sepia tone / duotone treatment of the photos is nice, the layered images are nice, and I like the perspective on the church.

The type, however, needs a lot of work. There are too many typefaces used, there isn’t great hierarchy, I don’t think the metallic effect works for the cover, and it looks like you just tucked the type in where ever it would fit. You might have to adjust the layout of the images to fix that last point (having the the tucked in where ever).

One other thing to mention. There are rights limitations with stock photos. Stock companies may not allow for images with people to be used in potentially damaging ways. For example, you might not be able to use a picture with a model for a poster advertising STD testing – the implication is that the model has an STD. Looking at this cover, I’d assume that the guy is a criminal and that the lady is either the victim of a crime or a co-criminal. Depending on where you got these images and the usage restrictions, this may be a violation of the user agreement. Best to check with the agency.

You’re absolutely right about the images being used. I didn’t intend to offend the stock image company or the models. I just liked the images because it fits what I wanted. Do you think I should change the image?

Do you think I should change the image?

Yes in as much as I think the layout of the images will need to shift to improve the type.

No in that I like the images you picked out. Just check with whatever stock company they came from to ensure you’re not violating the user agreement – especially if this is an actual commercial project.

Please take these comments as critique, not criticism.

First, you’ve done an EXCELLENT job on the images. It is a great illustration and you understand what the book is about without even reading get title. You did it! That is great illustrative work.

But there are a few serious issues:

Finally, everything is yellow and black. How do you make text stand out the absolute best? White on black or black on white. Dump all the golds in the fonts, it’s only distracting.

I agree with most of the preceding comments.

If this is a real book cover and the 3d treatment of the type is a mockup of what the real foil-embossed cover will look like, fine. However, if it’s just an attempt to simulate real foil embossing on a cover that doesn’t actually have real foil embossing, don’t do it.

If it were me, I’d change the composition some. The most important elements are all crowded up at the top of the book with the title of the book just sort of tucked into where it sort of fits in the corner. If you lower the man and woman you’ll have more room to run the title all the way across the top to give it the prominence it deserves.

Also, as already mentioned, that thick red line isn’t working — it just needlessly splits up the title. I also see no reason for changing typefaces in the title from one line to the next or, for that matter, using italics for the second line. I think it would work better to just use straight-forward typography.

I’ll remove the metallic gold color from the text as you advised. Thanks

Thanks a million. It’s actually a real book, a novel. I’ll definitely remove the red line and adjust the texts accordingly. Thanks for the response

Thanks for the wonderful advice. I’ll implement all your ideas before publishing. It’s actually a real book

Steve thanks. It’s actually a commercial project that’s why I’m a little bit worried especially about the images I used. But I’ll do more research before I publish it

Looks like everyone wants me to dump the golds. I’ll do that

Yes. Always always ALWAYS make sure you have the rights to your images.

Worst Case Scenario: The image is owned by a large studio. They see it. The author gets a “Cease and Desist” order. All the books are pulled from the shelves. You get sued by the publisher for the losses.

I’ve designed a number of book covers, but I’m still a bit of an amateur, so my advice might not be worth much.

The first good thing I noticed was the overall design. To my eyes, it looks like a nice design.

The most notable bad thing I noticed was the red line dividing the title. However, someone else already commented on that.

One suggestion: Would it be possible to move the figures of the two people down far enough to let the title span the design? That would allow you top use bigger text, which I think would be a plus. (Oops, I see someone already mentioned this, too.)

What happens when the pastor
becomes evil…

What happens when the
pastor becomes evil…

If you put the word “pastor” on the second line, you could once again increase the text size significantly.

I don’t think I’d italicize the second line of the title. However, I kind of like the italicized subtitle. But you can try both variations and see which works best. To me, italics suggest action, drama or suspense. But I’m pretty much a newbie when it comes to fonts.

The metallic touch in the fonts does seem a little out of place in relation to the scene depicted. Yet they really don’t bother me.

For some reason, the words “A TRUE CRIME STORY” caught my eye. I don’t see anything wrong, but I just wondered if that could be somehow improved? It’s probably too cliche, or whatever, but how do you think the font American Typewriter would work? For some reason, crime stories make me a think of detectives and reporters hunched over their typewriters.

But, again, that might be too cliched or weird.

As for the models, you could probably hire some artists to create some fictitious but realistic looking characters for a decent rate. I’m just learning the ropes with sites like Fiverr, Freelancer, etc. I’ve connected with some real lemons, but I’ve also found a few people who do pretty good work for $50-$100. I’ll bet $200-$300 could get a picture comparable to the characters on your cover.

I’m about to finish a book about the symbols of Maine, just in time for that state’s bicentennial. I wish I had hired you to make a picture of some Mainiacs baking bean pole beans, with Stephen King - Maine’s most famous native son - looking on.