Hey. How do you create this effect perfectly?

I’ve been trying to recreate this effect for quite some time now, but I can’t seem to get it the exact same. Does anybody know how to recreate the halftone-like pattern exactly the way it is done in these photos? I would really appreciate it if you could tell me if so. 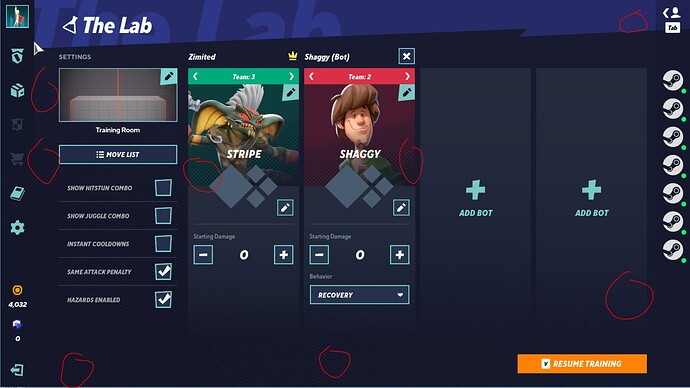 There’s a software called Rasterbator (this isn’t a joke, it really exists.)
Have it create a halftone of a black to white gradient. It will do this. In vector. Then overlay it in your photoshop file and apply a gradient fade.

In Illustrator, create a single dot. Duplicate the dot horizontally to create a row. Duplicate the row vertically with an offset to create a pair of rows. Then use the Object > Transform > Transform Each to duplicate the rows and increase the dot size to create the grid of dots. Select all of the dots and make them a compound path so you can quickly apply a single color or gradient. Add a background. The attached took me less than a minute. You can fine tune the size of the dots, spacing, dot color, background color to your heart’s desire. 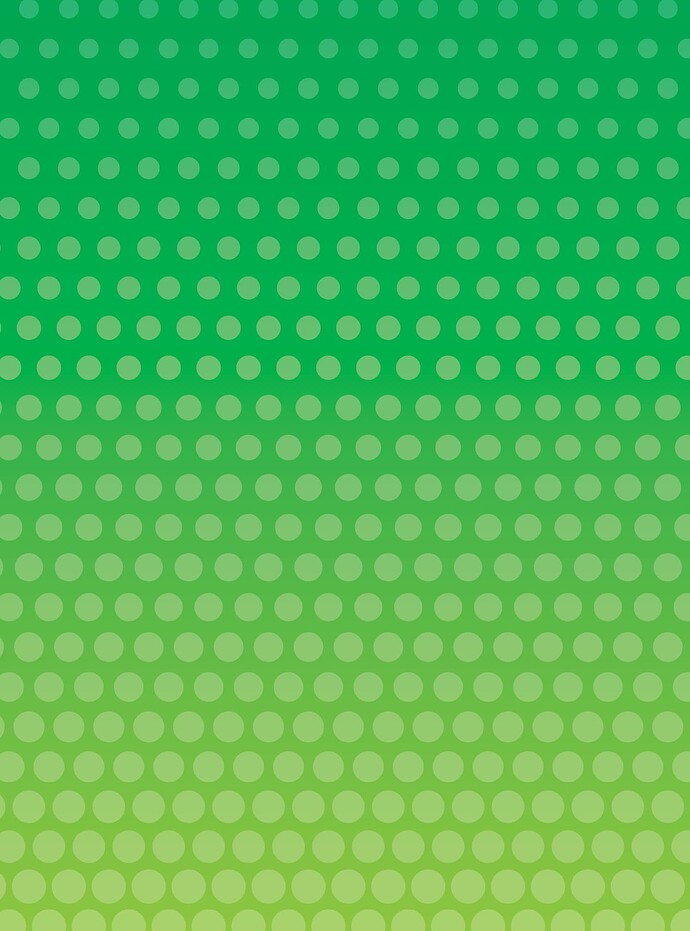 Thank you! This is great, but by using this technique I wasn’t able to achieve the exact same effect as the pictures. When I say perfection I actually mean perfection here.

I also like using the blend tool for that process you suggest. But it just doesn’t become perfect for some reason I can’t figure out. Probably some math problem.

I have tried this and it is fantastic of a tool! Thank you a lot. 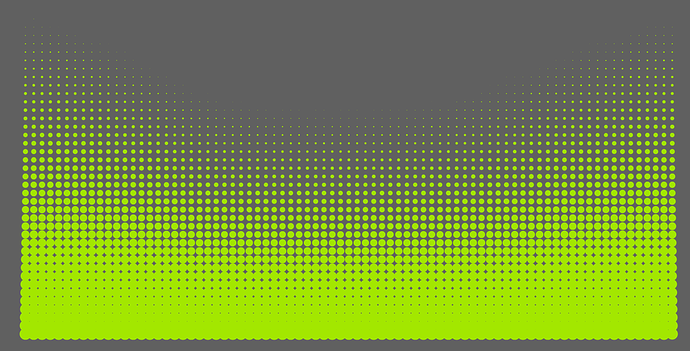 However, if you look closely at the second picture, the negative space forms to create shapes that aren’t X patterns like in the screenshots I show. I wonder how to do that. 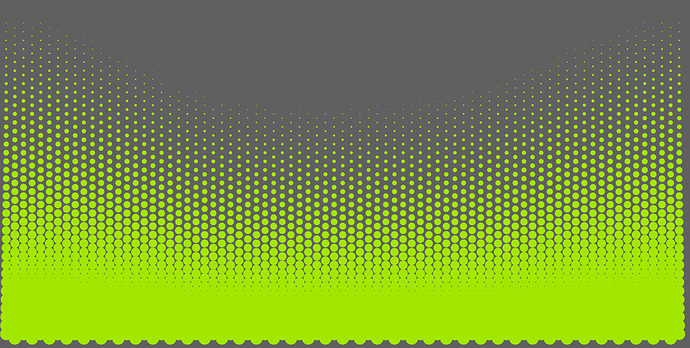 If I turn it 45 degrees the X might be it. I haven’t confirmed this yet but it might be as simple as that.

Rasterbator lets you use different shapes. It looks like on your original it may be a diamond shape.

Your images are a little low resolution to determine the shape of the halftone dots, but they appear to me to be circular. I cannot tell whether they morph into a different shape somewhere from one end of the pattern to the other, but I have seen that sort of thing before, but only from an actual RIP, as in this example image I obtained from ripping an example gradient with out screen printing RIP:

Notice how the ellipses morph into squares in the middle of the transition area.
I’m not sure how you’d do this in illustrator without some sort of very fancy blend.