How do you know your logo/mark is original?

So many logos and marks have been done before. For example, there are few different electricians in my area which all use a logo similar to this:

How do you check that the mark which you’ve arrived at is original and have you ever encountered any issues as a result of your design looking similar to something that’s already in use?

In order to check if your logo is original, try doing a Reverse Image Search on your Logo and see if you have any similarities to the results there, however, if no results pop up and it still has a similar logo, then pretty much one of them is a reference of the other logo.

While the idea of a reverse image search is good, it would be wrong to assume a similar logo is a reference to a previous one. The likelihood of 5 designers coming up with five similar concepts from the same design brief is pretty high.

You can do a trademark search. It’s a little more involved than an image search and has various and sundry search parameters you have to sort out.

A lot of times, if one geographic area is showing the same graphic, like in the case of these electricians, someone may be using stock art or simply selling the same design to different people. (or the electricians saw it on another truck and thought, “I like that.”)

How do you check that the mark which you’ve arrived at is original and have you ever encountered any issues as a result of your design looking similar to something that’s already in use?

As already mentioned, a reverse image search and a keyword-based image search is the easiest. A registered trademark search is helpful, but as PrintDriver mentioned, it’s more complicated. Here’s the U.S. Patent and Trademark Office website (and it’s pretty much what one might expect from an overly complicated, user-unfriendly government website). https://www.uspto.gov/trademarks-application-process/search-trademark-database. Other countries might have similar websites.

The unfortunate answer to your question is that there is no sure-fire way to make sure the mark you’ve designed (or something very close to it) isn’t in use somewhere else. There are hundreds of thousands of logos (more likely millions), so the chance of near-duplicates is very high. The simpler the shape, the higher the chance it’s already in use. A simple logo based on a cliche, like the one you showed, is almost certain to have something similar to it being used somewhere else.

I’ve never run into issues with my logos inadvertently turning up as already having been done, but I’m sure that somewhere others exist that are similar to some of them.

For what it’s worth, this whole subject we’re discussing is another of the many reasons why I dislike designing logos. I do my best to steer clear of logo design work (although that’s what I spent yesterday doing). I’ve mentioned this before, but when I graduated from my university design program several decades ago, the going price for a small business logo was about $600 with a larger branding package being extra. Today. the whole logo thing has turned into a weird cottage industry with amateurs stumbling all over themselves to make $60 logos. In general, in the absence of a good, savvy, well-paying client, the aggravation is too high and the money is way, way, way too low.

@Just-B That’s interesting about the pricing for the logos. I think a lot of people undersell their time and effort.

Have been following the The Futur for a few years now, would be interested to get your throughts on this: https://youtu.be/RKXZ7t_RiOE

How much do you typically charge for a logo?

Try to do a Google search. You can search for images, so it is possible that it will show you some correspondances.,

Apart from the logo shape, it remains to be seen if the logo is already registered, but this is another matter entirely, pertaining to the domain of IP rights.

In this latter case, you should make a research in your country’s organization that acts regarding the intellectual property, show them your logo, and ask to verify is it is already registered - it would cost you a certain amount, possibly - the procedures vary from country to country.

It isn’t so much about people underselling their time and effort, it’s all about the willingness of some people to trust the face branding of their business (and possible livelihood) to the lowest bidder on a crowdsource site that does not vet their “designers.” If that buyers’ market wasn’t out there, there would be no low bidders. But it does keep the riffraff from bothering those doing this for a real living. Ignore them.

I think a lot of people undersell their time and effort.

I think it’s more about amateur designers devaluing the work of professionals. This isn’t to say that there aren’t great designers who focus on logo design, but in general, designing a logo for small businesses is no longer profitable unless that small business owner is savvy enough to realize that a logo is just one aspect of a larger strategy-driven branding problem.

Most small business owners seem to feel that a logo is a personal representation of their hopes and dreams for their business. They want to fall in love with a logo based on what they like and don’t like rather than viewing the logo as a strategic asset designed to appeal to their target market and add value to their business. As a result the logo becomes a beauty contest for them and a source of low-paying frustration for a designer.

This whole problem has been exacerbated and reinforced by the crowdsourcing sites that cater to the notion of a logo being a pretty picture designed to order like a burger from any one of dozens of fast food joints.

Have been following the The Futur for a few years now, would be interested to get your throughts on this: https://youtu.be/RKXZ7t_RiOE

My thinking is largely in line with the guy in the video. I didn’t watch the entire thing given that it’s over 30 minutes long, but I watched enough to get the gist of it.

Some people take an hourly approach to design, as in it’ll take five hours of effort, so multiplying an hourly rate by those five hours determines the cost. Other’s take a value-driven approach, which I think is often misunderstood and oversimplified as charging more for bigger clients and less for smaller ones. Personally, I think it’s more complicated than that.

A small client often just wants and expects a logo that he or she likes with the expectation that it won’t cost much. A larger, more savvy client knows that a logo is a cornerstone of the business that serves as the basis for a public face. As such, it takes a great deal of research, thought, experience, evaluation and the development of strategies and tactics for implementing a broader brand specifically tailored to add very real monetary value to the company. In other words, this can involve lots of time, teams of people and a good deal of money that pays for an investment that will more than pay for itself, despite the high cost. It’s very difficult to compare a $60 crowdsourced logo to a similar $60,000 logo since that $60,000 logo buys a whole lot more than just a simple logo.

How much do you typically charge for a logo?

I don’t have a typical price since it’s just not worth it to me to get involved with one-off, low-paying logo designs for small businesses. Every now and again, I’ll take something on for very specific reasons, but it’s rare. More typically, if a logo is involved, it’s because it’s part of a much broader project.

I’m a bit on the fence with the crowd sourced stuff. I think it’s relative to the project, for example if someone wants to pay $60.00 to have some kid come up with a logo they want to uses for an ametuer esports team or banner for a bake sale or whatever, I don’t really see problem with it.

However at the other end of the spectrum I think it would be risky crowdsourcing something for the same value when the printing budget exceeds 1K+ due to the likelihood of a logo like this ending up being printed on a fleet of vehicles and documents: 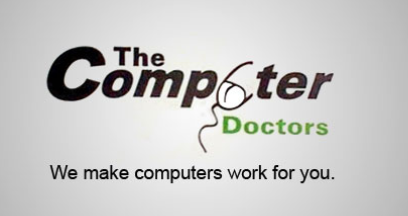