How to buy fonts and how does it work for client?

Hello everyone, I want to ask something which has been in my mind ever since I started designing logos for my client. I used to download fonts and make little adjustments to them during the logo designing process. I did not care about licencing thing. But I have been lucky I guess that I never got into trouble. For last 3 years I have been doing this! But I really wasn’t doing that on purpose. I was ignorant about all copyright things.

Since I got some awareness now, I want to buy a typeface. But I have some doubts. Suppose I purchased a Gotham typeface (whole family of Gotham fonts), and got the licence from its owner for commercial purpose, then if I drew a logo from that font and delivered it to my client. My client promoted its business worldwide. And suppose that font owner found out that my client has used his font in his logo. How would he react to that? - will he ask my client for the font’s licence? Sorry if you find this question stupid but I really don’t know how it works. Please help me.

The font should come with a EULA (end user licence agreement)

Say if you bought it from Hoefler - I imagine you did 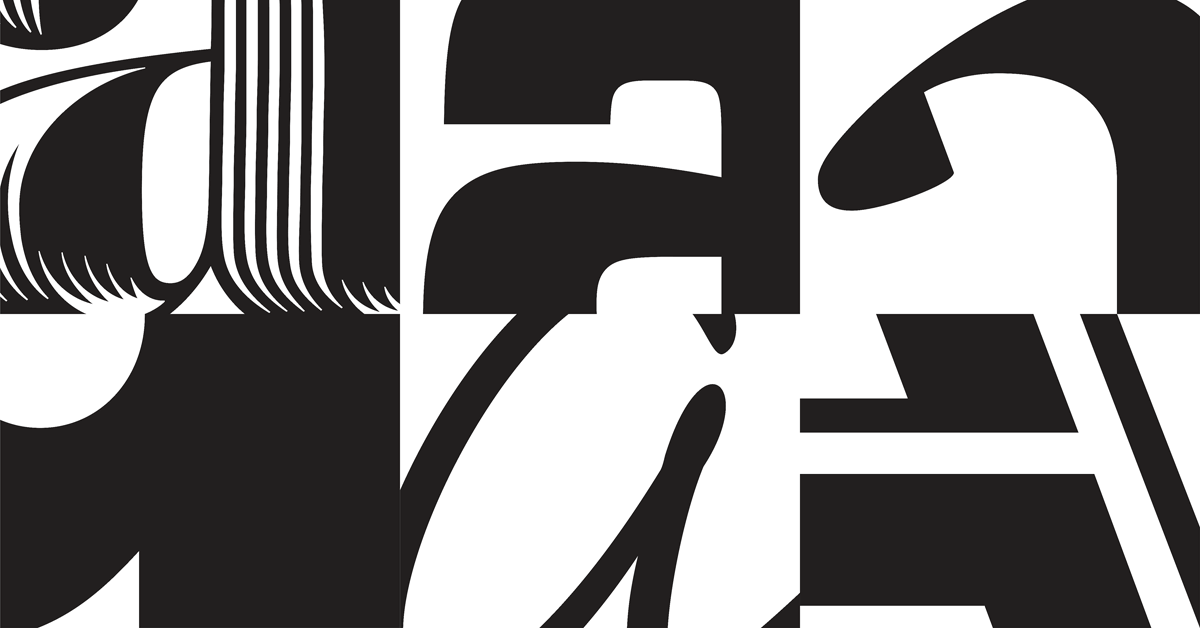 If you have any doubts then you need to contact the font creators.

Most typefaces are fine to use for logos - and it’s pretty normal to have them converted to outline for logo use.

Just make sure you’re covered in your font purchase and that your client is covered by the scope of the agreement.

If your client wants to use this typeface (not talking about the logo) - they need to purchase it themselves.

You can probably deliver the logo as an outlined version with tweaks and do-hickeys no problem.

It’s actually pretty fascinating to look up the sorts of litigation that have happened over this issue. It doesn’t seem to happen all that often but it can be devastating when it does.

Suppose I purchased a Gotham typeface (whole family of Gotham fonts), and got the licence from its owner for commercial purpose, then if I drew a logo from that font and delivered it to my client. My client promoted its business worldwide.

As @Smurf2 mentioned, read the EULA that came with the software. There aren’t many EULAs that prohibit a paid-for font from being used for client work. I mean, that’s the whole purpose of buying a font.

It’s actually pretty fascinating to look up the sorts of litigation that have happened over this issue.

The litigation is especially fascinating since typeface designs are not copyrightable in the United States. U.S. law prohibits it. Type designs can be patented, but a patent is time-consuming, expensive, and lasts only 15 years. As a result, very few typefaces have patents.

For a time, the copyright office was accepting copyrights for font files as software — actually copyrighting the code. However, they’ve stopped routinely doing this unless the foundry can demonstrate that the font file software contains substantial amounts of handwritten code (which they seldom do) as opposed to code written by an already copyrighted software application, such as FontLab or Robofont.

Many other countries handle typeface copyrights differently, but in the U.S., most EULAs that depend on copyrights as the basis of the litigation are doomed to fail in the courts.

Again I feel I have to mention,
When purchasing the font, read the EULA very closely.
Some foundries are forbidding the usage of their fonts for 3D, real-world purposes. Don’t saddle your client with an extra licensing process for making their logo into a 3D sign for their building or office wall.
We’re seeing this only in very off-market “free for personal use” fonts and I believe it is aimed at the 3D printer market, totally forgetting other real world applications of lettering in the way the license is worded.
Just read the EULA carefully.

If you don’t want to waste time on reading and interpreting EULAs, give open source fonts a shot:

Their quality varies, but you can use them however you please (save for redistributing them).

You can even download them all at once for the official GitHub repository: 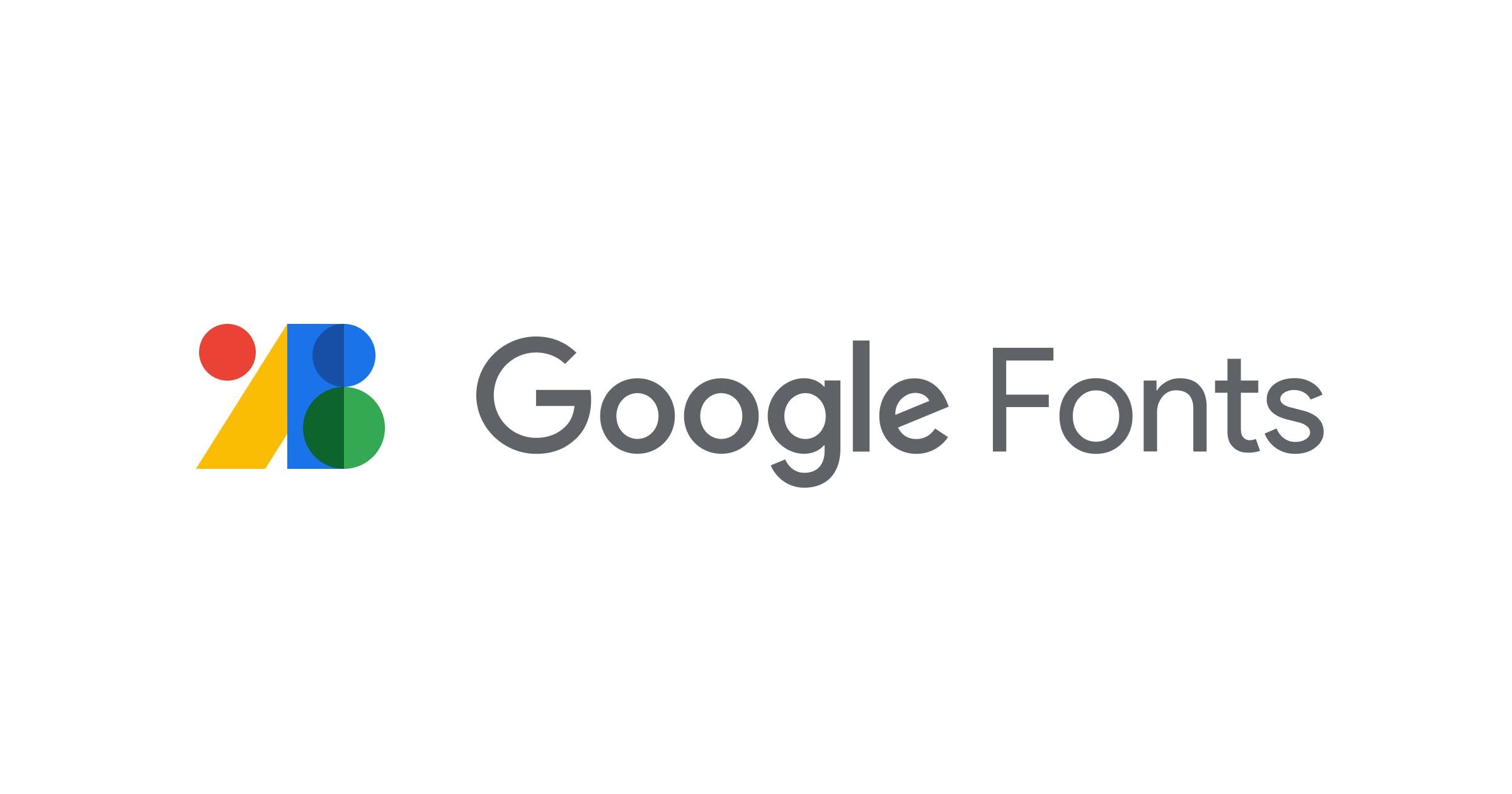 From your own link

It is important to always read the license for every font that you use. Each font family directory contains the appropriate license file for the fonts in that directory. The fonts files themselves also contain licensing and authorship metadata.

It’s a “just in case” type of warning.

There are several different kinds of open source licenses (GNU GPL, Apache, MIT etc.), but from our perspective all those fonts can be used freely, with no restrictions whatsoever.

The specifics of open source licenses are meant for developers and absolutely don’t concern the end user.

Anything with a license concerns me. I tend to read them regardless.

It’s a “just in case” type of warning.

If you don’t want to waste time on reading and interpreting EULAs,

It’s not a waste of time.
It’s your responsibility when buying/selecting fonts for a client.

Google fonts, which is what Jakub was referring to, all have the same license. They’re open-source and freely available for use or modification for almost any purpose with no strings attached. Read the EULA once, and you’re good to go for all of them. It’s part of the requirement for Google to consider hosting them.

All open source licenses allow unrestricted commercial use of software and fonts:

The SIL Open Font License (or OFL in short) is one of the major open font licenses, which allows embedding, or "bundling", of the font in commercially sold products. OFL is a free and open source license. It was created by SIL International, the organization behind Ethnologue. The Open Font License was created by SIL International employees Victor Gaultney and Nicolas Spalinger. Gaultney had previously designed the Gentium font and was unsatisfied with existing font licenses.

My job as a designer is to carefully read commercial licenses, which are the exact opposite.

I understand that - but does it ever change.

My main issue was this statement

If you don’t want to waste time on reading and interpreting EULAs, give open source fonts a shot:

Aluding that you don’t need to read the EULA once it’s open source.
And that reading EULAs is a waste of time.

Sorry - Wikipedia is not a source of accurate information.

All those licenses are numbered version2.0 and version 3.0 etc.
So you unequivocally have to read the documentation before using it.

Sorry - but you can’t blanket just say it’s a waste of time to read the EULA.
You have to.

It’s up to you to make sure that the correct font licence is there for the client.
And each of those fonts strangely comes with a warning about Limited Liability.

So there is always a risk. Always.

I always love the limited liablity part. And with stock photos comes the indemnity part. If people actually read the stock photo license, with what most of them say, they’d never use stock images again.

As Smurf is pointing out, the license can change. Saying you don’t need to read it is like saying all Creative Commons licenses are the same. They are not. It is up to the designer not to land their client in a world of yuck because they couldn’t be bothered to read the fine print. With Apache, it takes 5 minutes of your time. If you don’t understand the language of the license, question what you are doing in this business, cuz that is part of your job. (If you really don’t understand the license, find someone who does who can explain it to you.)

As Smurf is pointing out, the license can change.

No it can’t. If I produce a font that is specified to use the SIL Open Font License version 1.1 and SIL subsequently bring out version 1.2 then my font would still be under version 1.1 especially if the text of the license was included along with the font (which I always do).

Indeed not all open source/creative commons licenses are the same. But if you copy the text of the license and include it with the thing that you are giving away then that is the license it is under.

GNU GPL requires that anything produced with the thing which is GPL’d ia also under GPL.

GNU LGPL does not have this restriction and was produced specifically for things like compilers (but can equally well apply to fonts) so that things produced with the LGPL’d software can be under any license you like.

This covers things produced with the LGPL’d whatever, not modified versions of the thing itself. So if a font were under LGPL then you could produce a commercial printed book which was copyright using that font but if you modified the font itself it would have to be under LGPL or GPL.

The OP is making a blanket statement that Apache 1.1 and Apache 2.1 (or whatever) are the same. I get that one individual font will have one license. But when licenses change version numbers it could be critical to know the differences, so one must read them to find out which version applies.

It’s like that Creative Commons thing I mentioned. “Oh I used this image cuz it’s free, it says CC on it.” But there are at least 5 levels of Creative Commons licensing and unless you actually read the license, you can’t assume it’s CC0. Using something CC-NC could be a problem.

No it can’t. If I produce a font that is specified to use the SIL Open Font License version 1.1 and SIL subsequently bring out version 1.2 then my font would still be under version 1.1

That’s the danger though isn’t.

You download version 1.1 and it says in the license that’s it ok for commercial licenses.
You read and understand that.

2 years later you go in and find the same font and download it again assuming the same blanket ‘Asher Management’ (ah sure won’t it do)…
But version 2.0 says it can’t be used for commercial use.

You’re going on the assumption that it was fine for 1.1 so 2.0 MUST be the same.

Or worse. You download the font under 1.1 - and the client wants the same font and downloads the font that was under 1.2 - now you have conflicting license agreements.

Here’s a real life example in different scenario:
I do some work in a very controlled environment. And if they tell me that this is done under the guidelines of version 1.2. (there’s about 1000 different products all with their own set of guidelines and all versioned)

I go into their system - locate the guidelines. I see that the guidelines are 1.1 - I cannot go ahead. As 1.2 will have differences, so I have to request permission to proceed with 1.1 or can they supply 1.2.

If I go into the system and see I’m looking for 1.2 - and there’s a version 1.3 available, I then have to ask if it is ok to use the newer version.

You’re going on the assumption that it was fine for 1.1 so 2.0 MUST be the same.

No. As I said I include the text of the license as a plain text file with the font I produce, that is the license it is under not any subsequent license put out by SIL. Although other people who produce fonts may just download the latest license without checking it but in my opinion that is just sloppy practice.