Here’s something. If I save a pdf, then edit the original Illustrator file, then save as with the same name the program then asks if I want to replace the first pdf - I say yes, and save, however the original pdf stays. Only way to fix this is trash the original. Anyone else experience this?

See if any of this applies…

Unable to overwrite PDF in Illustrator 24.0.2 on macOS Catalina

This very frustrating along with many other issues with the new update for Catalina.... Now I cannot overwrite a pdf. The pdf opens showing the older version after resaving. I am using the latest 24.0.2 version of Illustrator. I have tried...

i saved a PDF in Illustrator in High Sierra with no problem last week
is the adobe you have the latest?

High Sierra is about 2 mountain OS upgrades behind Catalina (or are we on islands now?)
Catalina causes nothing but trouble as far as I can tell. We still only have one workstation using it. Waiting for next mountain/island update before moving up.
Reading HB’s link makes me think the cure is worse than the disease for some.

Catalina causes nothing but trouble as far as I can tell.

I’m disliking Catalina and wish I hadn’t “upgraded.” There are way too many glitches. The one I’m disliking the most is no longer being able to use my Apple Superdrive, which means every DVD and CD I’ve made as backups over the years are inaccessible unless I boot up one of my old Macs that I had relegated to the garage. There’s also a thread about this issue on the Apple forums.

this is why i purchased a Dell last year. i am typing tis on my MacBook air but just they way apple made bad products and annoying upgrades. They still are good, but not as they were like 2012.

You should still be able to use the superdrive. The external one on our Catalina machine works. You just can’t read HFS formatted CDs. We’re still able to open DVD backups or any CD made after 2008 (HFS support ended in 2008.) Also reads music disks (but we didn’t check movie disks.) 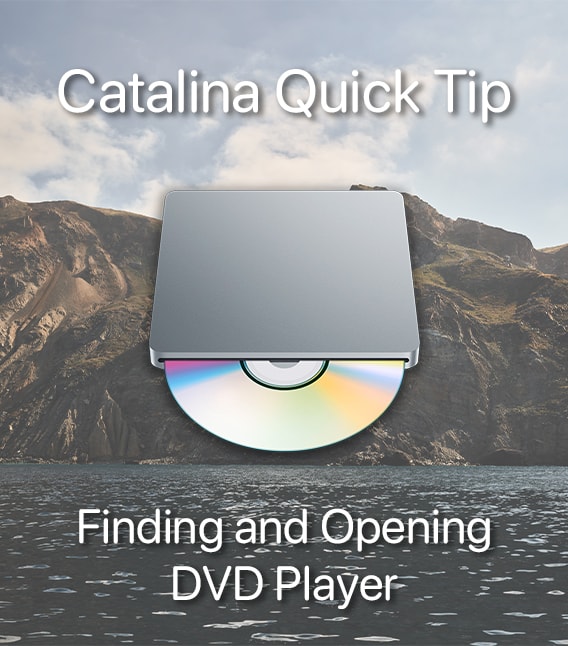 Catalina Quick Tip: How to Find and Open DVD Player

You may think that Apple’s DVD Player app disappeared with macOS Mojave in 2018. It hasn’t and can be found in macOS Catalina, but Apple apparently wants you to think it has, even though the softwa…

That’s probably what I should be doing “at work” this week. Deciding which jobs in archive are worth moving over and which ones get relegated to the “Oh Well.”

In addition to that, there seems to be another problem. I have two separate Superdrives and neither one works with my Mac Mini after I installed Catalina. They spin up but nothing is mounted from music CDs to commercial movie DVDs to backup CDs and DVDs.

As for Apple not supporting HFS-formatted CDs. This is another example of something making me reconsider Apple’s worth to me. They’ve discontinued the minimal support necessary to even read their own format that was intended, in part, to support long-term archiving.