In your opinion, what techniques are used to make

In your opinion, what techniques are used to make these halftones in this images?

Do you mean how the background appears to be desaturated compared to the main characters?

They mean the halftones in the shadow areas of the figures themselves. Since the halftones are clipped, I’m gonna guess simple patterns with masks.

Yes, I mean the halftones in the shadow area. Can you explain what you mean?
Which software? do you think this is a vector graphic or bitmap?
Thanks,

There’s no way to tell what software that was used. It’s a computer game, and there’s many methods and software involved in computer games. 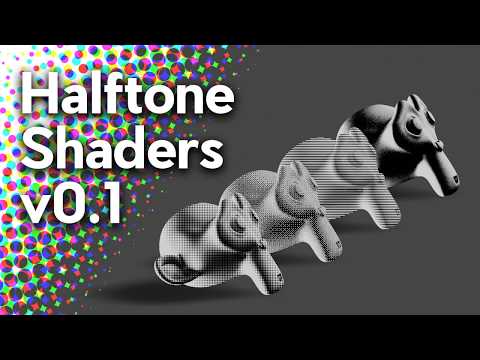 You can do it in photoshop - but I doubt it for a 3d game where characters can rotate etc.

There’s no reason why you can’t achieve the same look in photoshop or illustrator.

If you’re trying to recreate this image - then Illustrator would be better to get the crisp lines.

But I’d say for a computer game it is as per the method in the video.

But in computer game software there isn’t such cool ability. I’m familiar with many of these softwares. Don’t forget this is an advertisement for the game not a screenshot from the game.

Which software? do you think this is a vector graphic or bitmap?

I’m quite sure it was built in a vector app of some kind. It might very well have been moved into a bitmap editor at some point and tweaked, but the majority of the illustration has all the hallmarks of vector artwork.

My go-to software for vector halftones is Rasterbator (yep that is its unfortunate name.) Create some grayscales, get some patterns. In illustrator, read up on clipping masks, rotate the patterns into position and apply the masks. That may be the long way around but as far as I know, neither photoshop nor illustrator provide a means to make truly circular vector halftone patterns.

Or just get a stock vector