Is this copyright infringement?

Can I get some feedback on whether the second logo is infringing on the first. Thanks. 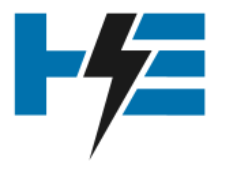 then the second one is an infringement on the first, IMO. Then again I’m no lawyer.

Logo infringements are more typically pursued via trademark laws than copyrights. I’m no lawyer, but I know it gets complicated.

There are probably tens of millions of logos being used. The chances of some looking like others is very high. Even so, copying isn’t OK, and if the bottom logo was copied from the top, it’s wasn’t an ethical thing to do.

Whether or not the owner of the top logo wanted to pursue legal action would depend on dozens of things, like deciding if it was worth the hassle and expense and also weighing the chances of winning the case after discussing it with an attorney.

I would say yes, obviously and blatantly a version of the original.