My 9 yo Son watches this channel on YouTube where they try to create things in the least desirable programs possible, it’s a children’s comedy type channel. For example, they will edit a video in a proprietary program that came with a $20 children’s video camera, or create a logo in MS Paint, it’s quite funny.
It made me want reach out to this community and ask, as a professional, have you ever attempted to design something of quality on MS Paint, or Preview on Mac? It is actually pretty difficult.
If you’re like me, the answer is “um, no. Why would I even try?

Designed a logo in MS Paint when I was 12, for my 9 year old sisters Majorettes class. It was used for years.

I just looked them up, they have a new logo.

I’m sorry to hear this. RIP, your old logo😆
Also, I’m sure the new one sucks in comparison.

Reminds me of this video. Which always makes me laugh.
Been there once. Not going back. LOL 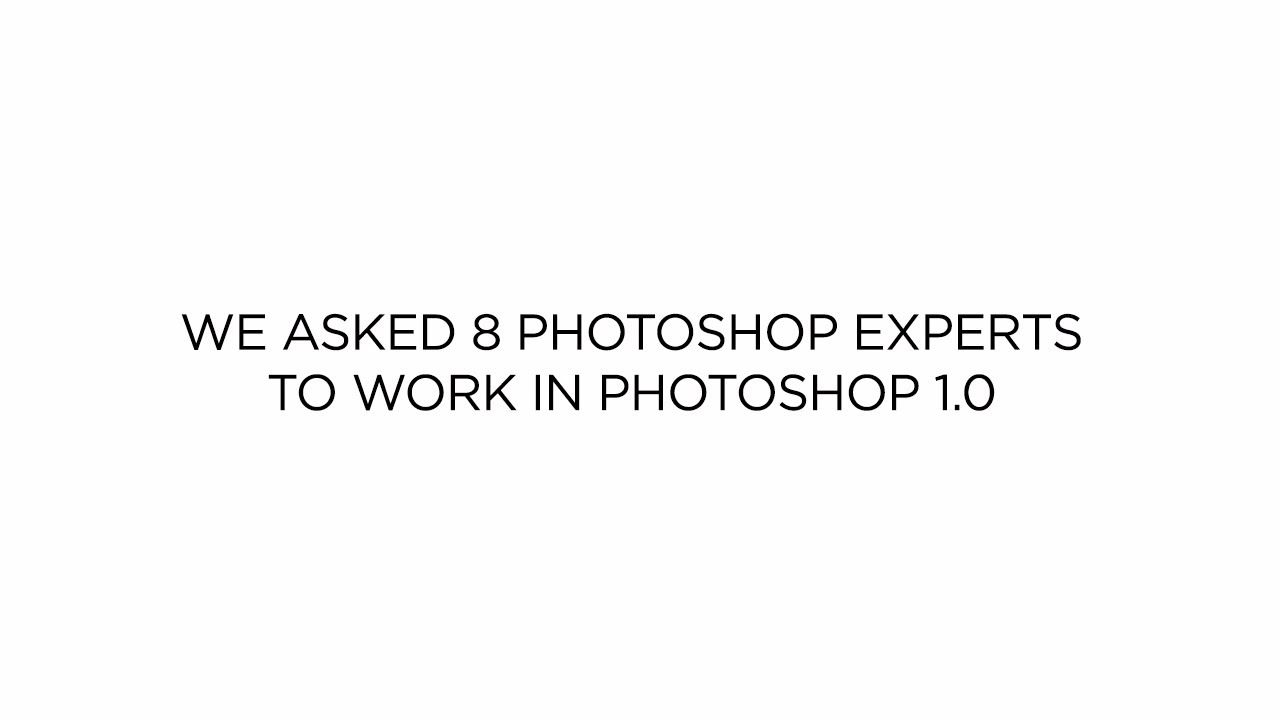 Designed a logo in MS Paint when I was 12

My nephew is now already on Photoshop. One day I am going to use him to put down any graphic designer I might use to design a logo for me.

If he’s already using photoshop, you already have that weapon in your arsenal. LOL!

I remember Photoshop 1.0 - I could do all I needed to do then - that I can do now.
You never need Undo - that’s only for if you’re making mistakes… ha ha lol

I got a beta copy of the first Photoshop at an Adobe conference I attended. At the time, I thought it was absolutely amazing — despite the fact that something as simple as resampling a photo or applying a filter would typically require 20 or 30 minutes for the computer to process.

The first ‘‘computer’’ I ever used was the Magnavox Odyssey back in the 70’s. Our neighbor had one, so guess where I was a lot.

It had rudimentary games, ping-pong, tennis etc. It also had a mode that you could draw with little squares, much like an Etch-a-Sketch with the knobs. I’m quite sure they weren’t very good. But, I sure do remember having fun

The next computer I got to use was this: 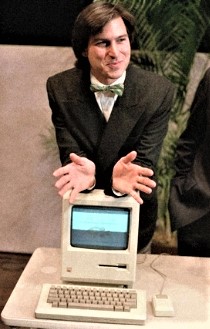 Again, not mine. A co-worker had one and brought it with her every day. We would play with it on lunch breaks and after work.
I don’t remember any type of artsy things on it. But, it’s the first time I learned what computer games were and played a game. I’m not sure if was called Zork then but it was very similar. You had to have the correct command to continue the adventure. It’s where I began my love/hate relationship for computers lol

Fast forward to the 90’s …
I have no idea what version of Photoshop I first used … but it was early. Again, not mine. This belonged to my boss and she was having trouble figuring things out. I seemed to have a natural ability … ya know … with all that Pong experience 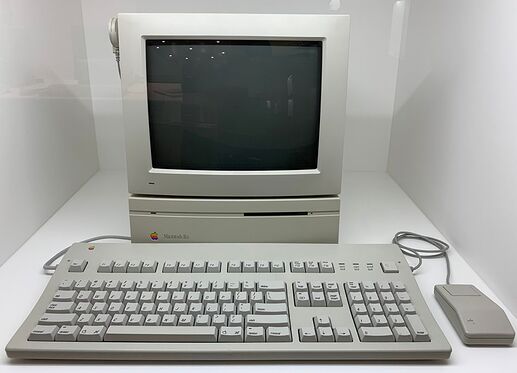 I think PS was on a disk. But I remember not having a clue … but just playing and having fun. I don’t remember creating anything of much merit … but I do remember the first tree I drew and refined. That was pretty awesome. It was never used for photos. Who had digital photos at that point? No one

I do remember drawing a row of little homes that she used on our letterhead for quite a while. Honestly that’s before I really understood what a logo even was.

It wasn’t until manyyyy years later I learned what Photoshop was really capable of doing.

Somewhere in the later 90’s our company finally got with the program and we got all techy and they bought us each a Windows based computer. Only the Boss’s computer had internet. Ours were just to input info. But, they all had MS Paint. As fascinated as I was with anything computer related … even then I was less than thrilled with Paint lol. I could whip up a diagram with circles and squares and that was about it … and about all I was interested in. I have since seen some amazing things created with it. I am still a little skeptical however lol

I remember PhotoShop 1.0 - it was mind-blowing at the time what it could do. Anyone remember Darkroom?

I made pixel art in MS Paint for years and in all honesty a few tricks I learned in it are still handy to this day - they’re very niche tricks, though, like generating random maps, but I still like the results enough to open it up every now and again. Maybe when I get home I’ll show an example of one of those maps - of course afterwards I gussy them up in Photoshop, but their bones? Raw pixels, bay-bee.

Yes, for grayscale photos along with xRes & Freehand.

A fun trip down memory lane.

My first computer was a Leading Edge that ran MS-DOS. 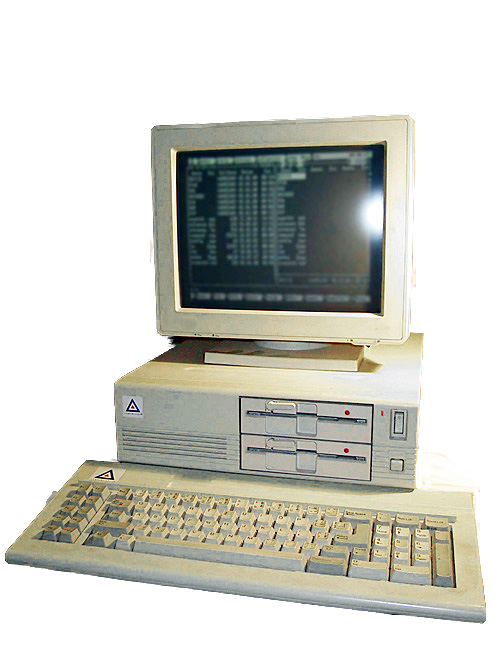 My second computer was a Macintosh SE/30. 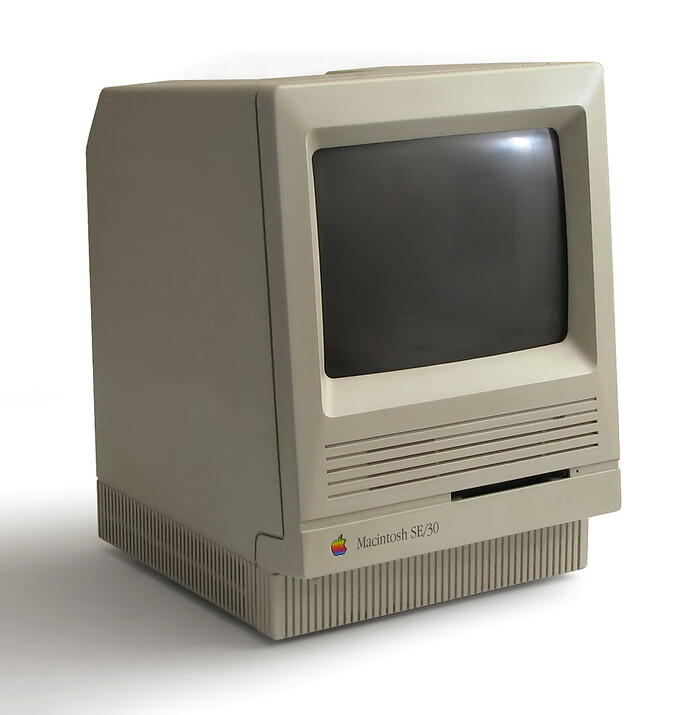 My first copy of Photoshop was 2.5 and came bundled with my Agfa Arcus II scanner. 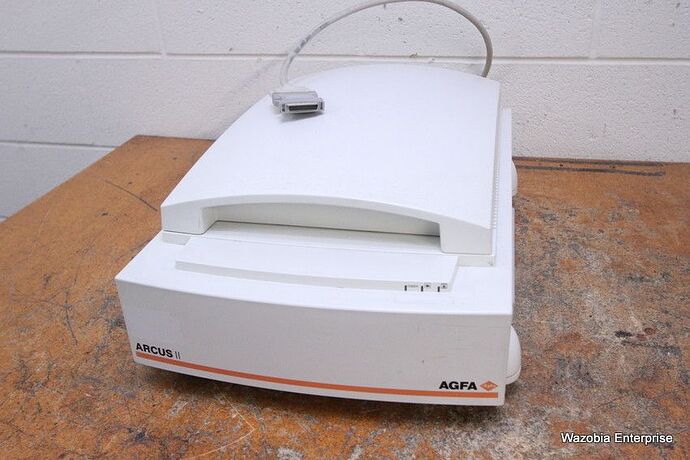