My fixed footer arranges to the left

Hi. I would be greatful if anyone has any suggestions with this problem. I’m very new to xd. I’m using the Anima plugin. When I go to preview my 3 homepage versions, the web version’s fixed footer arranges to the left ever time as the screen shots show. The iphone and ipad screen seem to lock the header in place fine.

(Even when I duplicated the ipad version and use one as the web version instead, and delete the old one the same thing happens).

The vector logo also seems squashed in the first 2 only. In the design screen all looks as intended.

Does anyone know what I’m doing wrong? I hope the screen shots help. Your help would be greating appreciated. 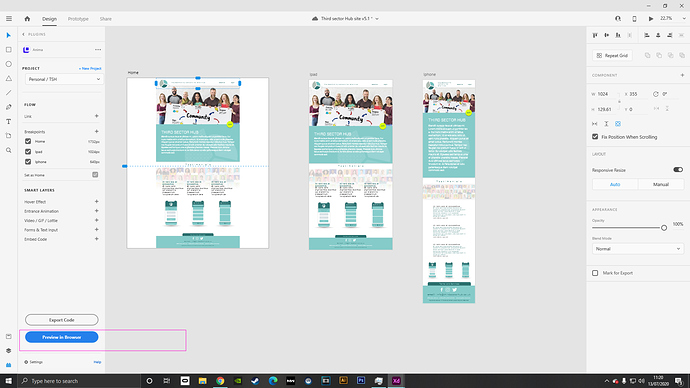 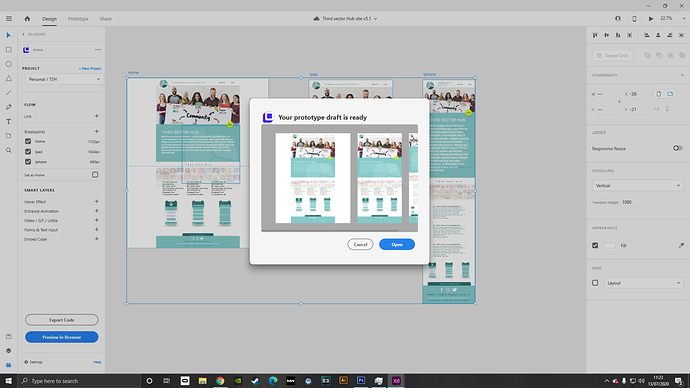 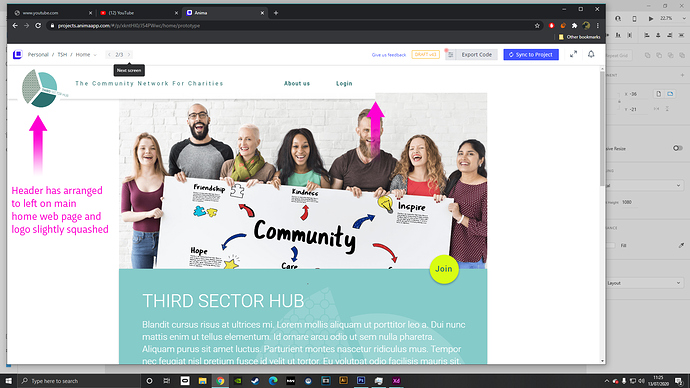 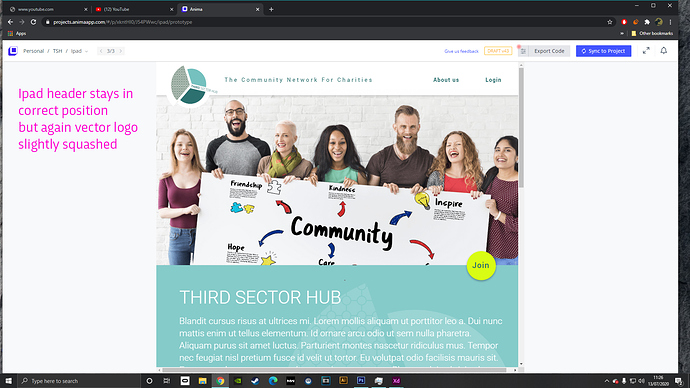 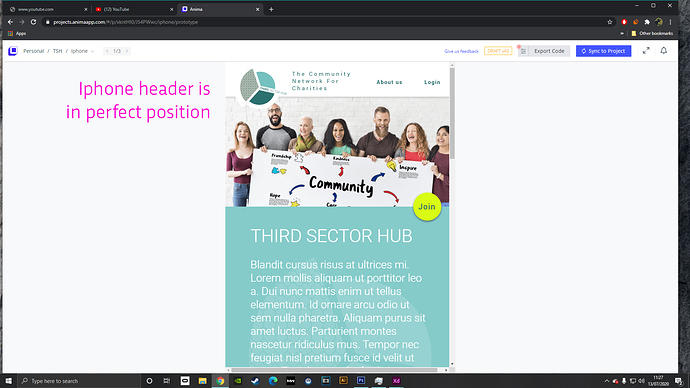 Your headline says footer, but it seems the problem is with the header, right?

I’ve never used Adobe Xd (prefer to hand-code) and I’m unfamiliar with the Anima plugin or what it does.

Even so, I doubt anyone will be able to tell you what’s wrong from screen shots that only show the problem but provides few clue about the code causing the problem. There are any number of coding problems that could cause this. For example, it could be an HTML problem where the header resides outside the centered container div. Or it could be a CSS issue in how the header is center. It could even be a media query issue given that you’re saying the tablet- and phone-sized versions are fine.

Really, it could be most anything, which makes it almost impossible to diagnose without having direct access to the problem.

Thanks Just-B. Yes sorry I meant header. It’s a bit of a mystery. I’ll try looking into those possibilities. I did prefer using Muse.
Thanks for getting in touch though.