Hi everyone!
I’ve just joined and was really hoping I could get some feedback on my design!? I’ve had to redesign a book cover & spread for Alice’s Adventures in Wonderland for my graphic design course, and I need feedback for these five questions:

How would you describe the design?
What age group do you think the design is aimed at?
What, if anything, would you change?
What do you like about the design?
Is there anything unclear or confusing? 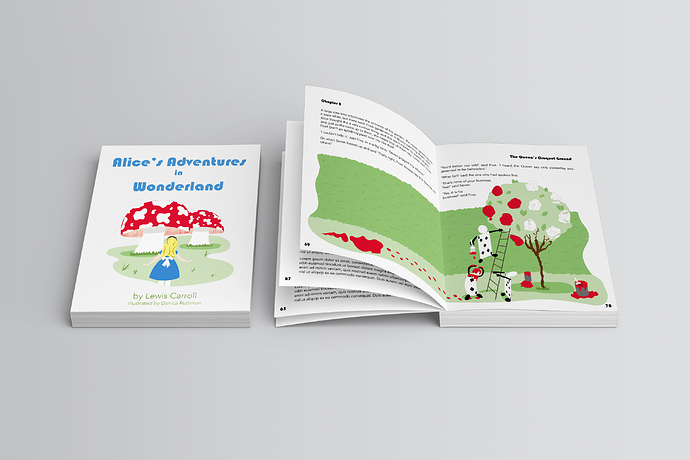 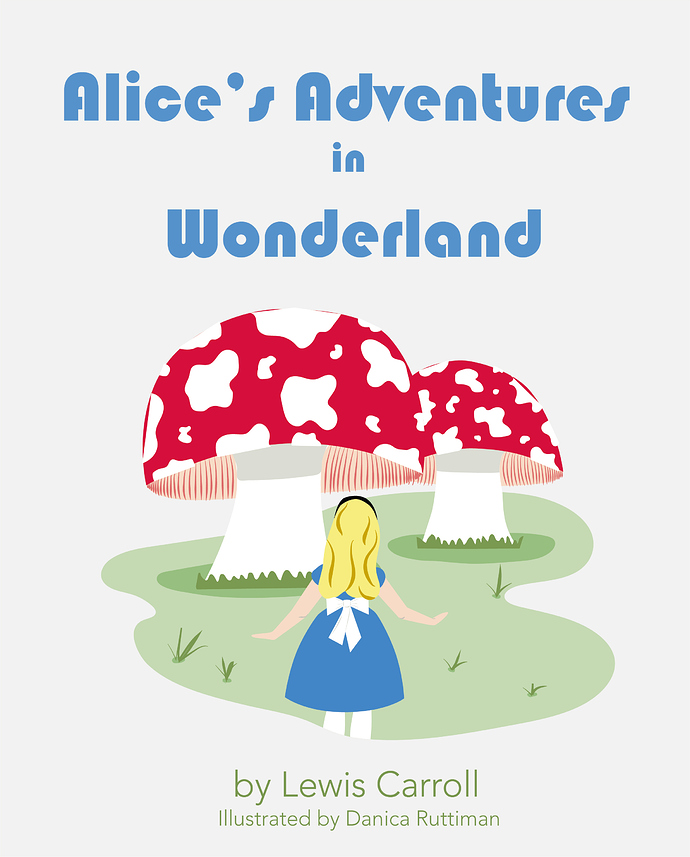 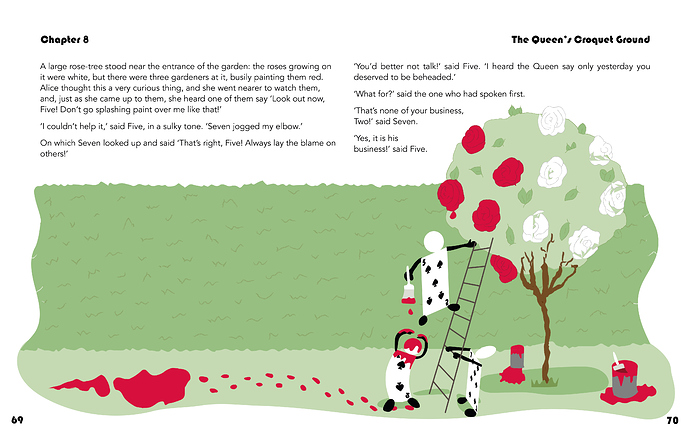 Any feedback is appreciated!

The type needs a lot of improvement: watch kerning and line spacing (especially on the display copy), the weight / contrast of the type needs work, use proper quote marks, watch your line breaks, and the folios are pushed too far into the corners.

from a cartoonist point of view, use eyes or some facial expressions to allure the viewer, even for 2 seconds or so.
the proportions are off, trees are thicker at the trunks and paint cans should not be as tall as the human carrying that.
make the green grass curve for more appeal, and the darker green needs contours and shapes.

In many ways, John Tenniel’s illustrations for the original printing of Alice’s Adventures in Wonderland are as critical to the book and its personality as Louis Carroll’s story. Then again, if this is a student assignment, I doubt the instructor would want to hear that particular argument.

So with that said, I like your illustrations. They’re fun, lighthearted and lighten up the story quite a bit.

As has been mentioned, your typography and general layout could use some improvement. Blippo is almost never a good type choice for anything other than as a good example of trendy 1970s typography. As for the general layout, it might be a good idea to head to your local bookstore where you can thumb through some of the award-winning children’s books. There are lot’s of design possibilities in children’s books that could make your layout lots more interesting and engaging.

You really ought to design the book as a single-page format (unless it already is). As it is, the body text is much too close to the gutter.

Thank you so much!!