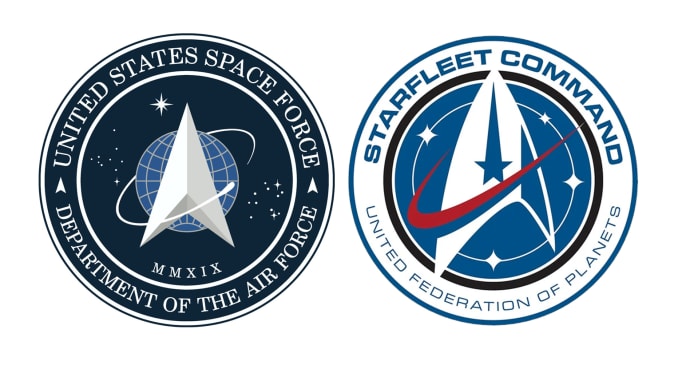 The newly announced US Space Force logo is being compared to the fictitious Star Trek Starfleet Command logo. Do you think it’s too similar?

Did anyone really expect originality? LOL

When you compare it to the NASA logo you can see what they did. 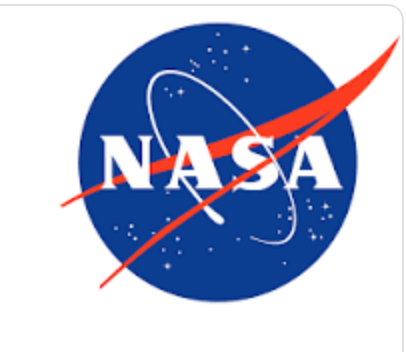 When you compare it to the NASA logo you can see what they did.

The NASA logo predates the Star Trek Starfleet Command emblem, so I’d be willing to wager that whoever came up with the Starfleet emblem did some borrowing from NASA.

NASA has always been big on these kinds of emblems. I don’t know if they still do it, but astronauts would wear a difficult patch for every flight/mission — all of which were different but done up in this same sort of style.

As for this Space Force being a separate branch of the U.S. military, it seems a bit stupid to me. The space around the planet is increasingly being used for military purposes, but a designated Space Force on equal footing with the other branches of the military seems like jumping the gun by several decades or, perhaps, the result of watching too many sci-fi movies and confusing them with reality.

The whole thing reminds me of that creepy 1960s Thunderbirds puppet TV show.

They still do individual mission patches. It’s even kind of a thing for various scientific endeavors too.

i was watching a starwars movie “return of laura dern” episode last night and just could not fathom anything beyond our atmosphere engaged in any acts of violence let alone rebelling against a star fleet. they seem like peaceful beings and have other situations to attend and adhere to, even the green people.
Nasa did create their logos before star trek did. 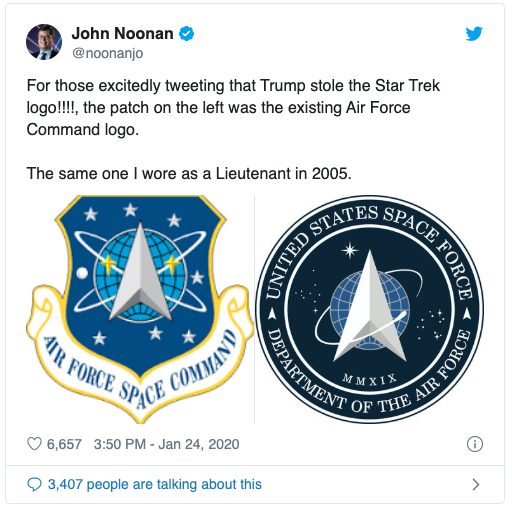 And all of them are still based somewhat on NASA.
There was a space command patch in 2005?

Yes.
There was a Space Command in 1982 initiated under Reagan, often derogoatively called “The Star Wars Initiative.”

This is not “Trump’s Logo.”

And if you want to get really picky about it, here is the evolution of the Starfleet logo across all the series. I’ll leave it up to you to figure out in which year the series came out. 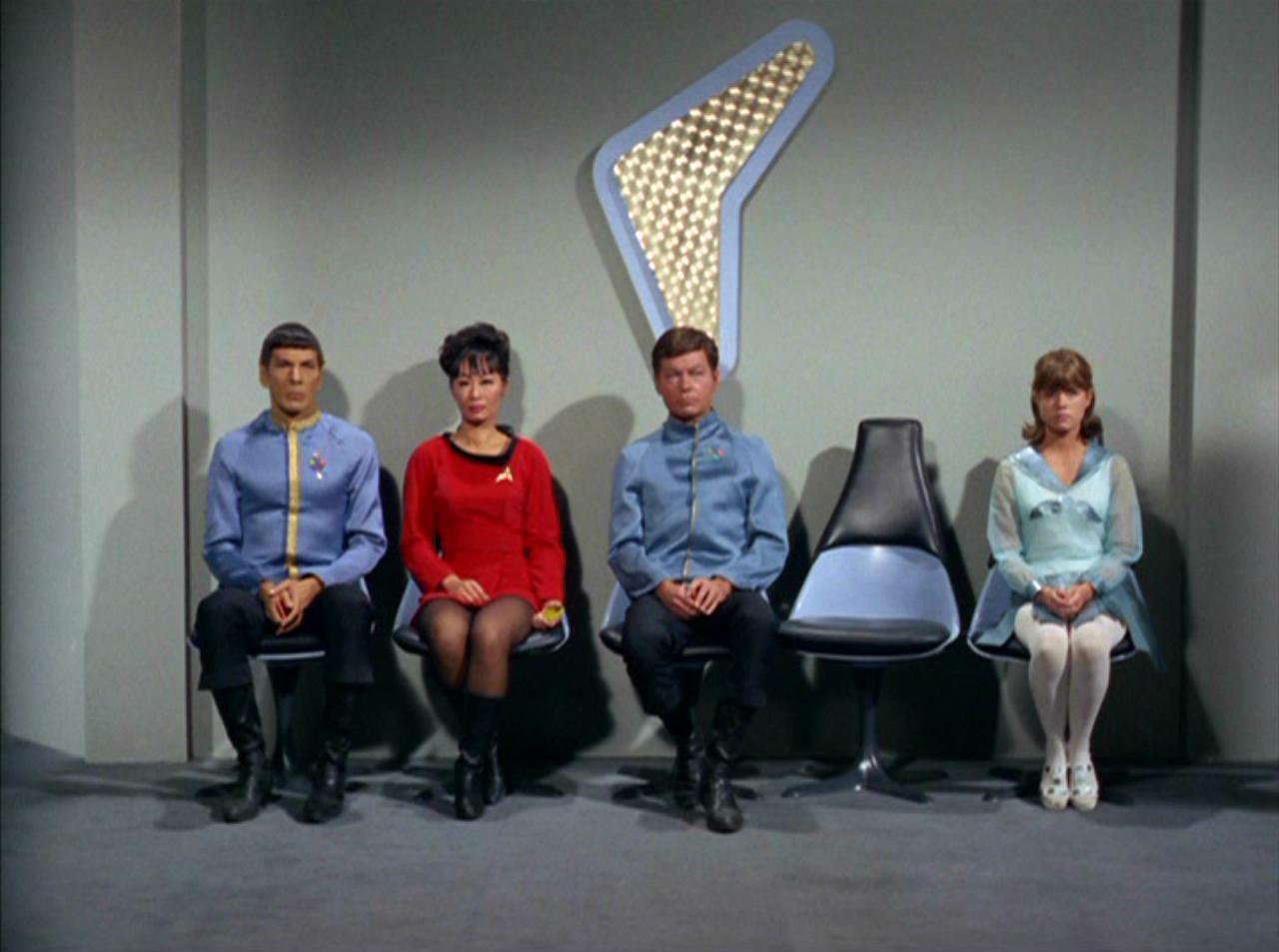 The Starfleet insignia was an asymmetrical, arrowhead-shaped pennant adopted by Starfleet as its identifying emblems. It was displayed on starship hulls, installations, uniforms worn by Starfleet personnel, and equipment used by that personnel. The...

It looks to me like the patch in the first post is from the alternate universe Trek movies, which debuted in 2009. Well after the 2005 logo patch of the Air Force.

According to other sources, Michael Okuda, who designed the logo, did it first for an episode of ST: Deep Space Nine in 1996 called Homefront. That is the first time in the entire series that the command logo is seen. He also stated, they all look the same because they were meant to, the original NASA logo with the swoopy delta being the original inspiration.