This is about my 12th project, to get ideas here with you.
This is the first time I ask for an opinion before showing the final result.

I used to post a video on youtube and ask for feedback afterwards, well I need to change the method a little bit (to do a better job), I’ve already created a 10th video.
Animation, tutorial, 3D, I’ve done everything (I don’t have a specific style).

So why I’m here, to start the project, I’ve already written the story it took me exactly 7h05

It’s going to be about
Food and energy values,
this will take a form of learning for those who do not know the composition of food.

Good as I have already written the text of:
the description of the video
is the content of the video in text form, (I didn’t start drawing).

These are the tools I have already used (for text and audio):
-subtitles activation of the subtitles by the visitor, (English) then translate to another language, (it’s an SRT file so the timing is at the second)
-music without words (free of rights), sound effects,
-the text obviously in the animation with a chosen font
-I also use English in many of my videos, I try to use it whenever possible.
(I am French-speaking, living in France)

And that’s precisely where I have a problem, my text is long and technical, for example I’ll give you an extract:
**
The rest that is contained in food in general are :
water, sodium, calcium, potassium, iron, vitamins, etc.
**

My first visitors are French speakers, France, but for each video now I add subtitles for the English and other visitors, I translate my titles and description in many languages.

So here’s how I plan to do it:

Method1:
-Use a soundtrack with music without words from beginning to end, with sound effects.
-Afterwards, as food will appear, with text and numbers.
-I had thought of making my French text appear at the very top of the video, with a nice font, for long annotations like
**
The rest that is contained in food in general are :
water, sodium, calcium, potassium, iron, vitamins, etc.
**
(karaoke style, without highlighting)

(then at the very bottom where the visitors can activate the subtitles, they will be able to activate English)
this is not a very common method.

Method2:
-Use a soundtrack with music without words from beginning to end, with sound effects.
-Afterwards, as food will appear, with text and numbers.
-subtitled, English or French, by visitor activation

(it won’t look very pretty, for the French, nor decorated, but it has the merit of being simpler and faster).
it is the simplest method but is amateurish.

Method3:
-Use a soundtrack with wordless music from beginning to end, with sound effects.
-Afterwards, as food will appear, with text and numbers.
-I’ve never asked anyone to give me a voice, and considering the length of the text, I don’t know if it’s possible.
-Make the voice myself (in French), by passing it through the mill of my voice synthesizer.

(This has the merit of being more readable for the visitors, they listen and see the animations following one another) the English will have the activation of the subtitles.
This is the most professional and correct method (I will at least avoid spelling and conjugation mistakes).

the method that I like the most is method 3, it has many advantages, but I may have to go over it more than 50 times to find the right reading rhythm.

What do you think of these approaches?

Use method 3, but if your primary audience is french make the video to tailor to your audience first. I dont know if you need to pass your voice through an synthesizer.

If its text heavy, you dont need to display all the text. try to use images and graphics to tell a story as well.

I think I’m just going to practice reading sentences like for a voice-over, practicing to read audio books, to get the right voice intonation.

My channel is a 2D and 3D animation channel, from cartoon animation to various animations, so inevitably there will be animated images.

The synthesizer is applied afterwards, so I’ll choose the voice I need, grandfather or child at +, or I can very well put nothing on.

Well I tried to do the voice, but there’s too much text to have something correct and balanced.

It takes me too much time, I will finally make the text appear with the animation at the same time.
(method1)

Not sure if I understand what exactly you are trying to do. You’re trying to do closed captions, right? Have you tried YouTube’s own CC tool for this, or are you trying to do the captions in your video editing software before you upload the video on YouTube? 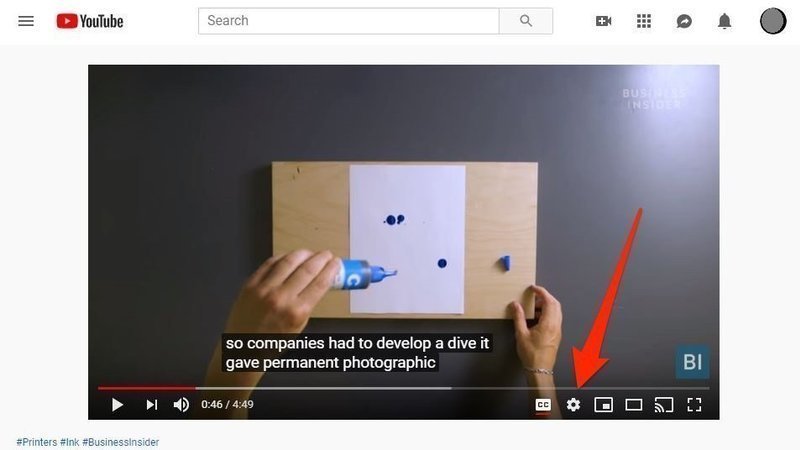 Creating subtitles is simple, I do it in a text file, and add it to the video when uploading. (I’ve been doing this for a long time)

Here my reversal of method just says that instead of using the voice, I’m going to create (animated) text at the very top or somewhere else, because I can’t do it with the voice (it takes too much time, and the quality is not there).

So yes, maybe there will be 2 subtitles, because the youtube subtitling at the bottom allows no-English people to understand the meaning of the story.

When I have done so, you will tell me what you think about it, so that I can correct it.

(It’s too difficult to explain why 2 texts together is better).

I just wanted to notify the change of method.

I’m looking forward to it @FoxAlpha. And don’t get me wrong, I’m sure your reason for dual language subtitles is valid, I just don’t get it yet. In Malaysian cinemas they show subtitles in two, sometimes even three languages (English, Bahasa Malaysia and Chinese) - it’s annoying as hell, because it’s taking up way too much screen space and it’s really distracting. Of course there’s no perfect way around it in that case, because they are providing the subtitles for the whole audience in the room, not just individual viewers. But your YouTube channel is a 1:1 experience for your viewers, so they won’t need two language feeds simultaneously. And since YouTube has a simple built-in feature to provide them with their individualized subtitles, I would just make use of that.