A little about myself first…I am in promotional products sales…meaning I sell businesses pens, keychains, hats, magnets etc, with their names on it. At times I have to pay an artist to size “ad copy” to fit within a certain dimension. For instance, I have a Realtor customer that wants pens. Her company is Remax. So I will send the ad copy to my artist to read: Compliments of
(remax logo)
city, state
555.555.1212
I recently picked up corel draw so I can cut out the middle man and save myself some money, because this seems simple enough to do myself.

ok…now for my question. I am working with a png logo 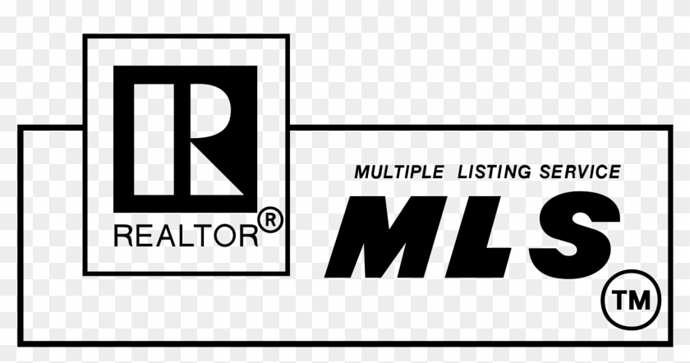 that is what i want, ive imported it into corel, converted to bitmap, did a trace and added the black, but everytime i move it the boxes around the logo are missing: 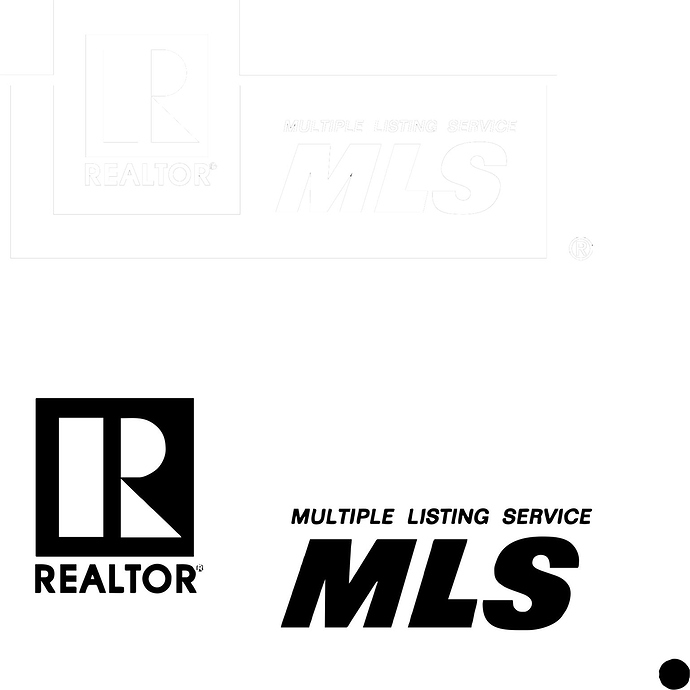 What am I doing wrong. I apologize for all the extra info just wanted to let you know where im at exactly. Thanks

ive imported it into corel, converted to bitmap, did a trace and added the black,

THIS is what you did wrong. You don’t EVER trace a logo. Your client should have a corporate package that provides a .ai or .eps version, or even a .pdf version of the corporate logo. Those three formats will open into a vector file, to which you don’t have to do anything.

As for the lines, add them in manually. Live Trace is often more trouble than it’s worth.

Granted this logo is going to about the size of a pinhead, it probably doesn’t matter that you’ve done this. It will bite you in the butt someday, though. If you tried doing that and putting it on anything larger than a bottle cap, you would see the inconsistencies in the trace. It will look…really bad.

ok…the “realtor” “mls” logo is a generic logo that is used across the board for any realtor from any company…its not like a “remax” logo where i have those files mentioned…not every realtor is going to want this particular logo added to their name…but some may…this was just an example…i was testing my skills to try to create something i would send to my printer ready to print…so at times logos like this are not gonna come from my client, I have to find them for them. Thanks for your feedback though…much appreciated

Aren’t your skills in sales?

I recently picked up corel draw so I can cut out the middle man and save myself some money, because this seems simple enough to do myself.

You just proved yourself wrong.
It’s not as simple as you thought

I’d suggest you consider cutting the middle man back in, said the professional middle man.

I’m not understanding your workflow on this. Are you trying to convert the .png file to a vector format? Is a vector format required by the promotional item vendor? Are you attempting to use auto-tracing to create the vector file?

Why are you converting to bitmap? What exactly do you even mean by “bitmap?” All raster images are bitmapped, but there’s some misunderstanding about the terminology that’s been fostered by various software manufacturer’s misuse of the word to describe an image where the color gamut is limited to solid black and solid white. Despite this, I still don’t understand its relevance to what you’re attempting to do.

What is the image you uploaded with the ghost-like outlines of the artwork? It appears to be the leftover anti-aliased edges from you selecting and moving only the black areas of the .png. I’m not understanding its relevance to what you’re doing.

Anyway, assuming you’re attempting to auto-trace a .png or .gif or .jpg or whatever, as others have said, auto-tracing doesn’t work very well. It creates sloppy approximations and weird, difficult-to-modify stacking orders for the reversed path directions that create the transparent fills.

Vector art is fundamentally different from raster art. A vector image is defined by mathematical equations related to the relationships between user-defined anchor and control points. Raster format images are composed of rows of colored pixels. There is no such thing as an accurate auto-conversion from raster to vector — only the other way around.

Even your choice of software — CorelDraw — is unusual. CorelDraw is something of a niche product mostly used by sign making shops. It’s a fine piece of software, but most graphic designers don’t use it. Most designers use Adobe Illustrator.

If you had given this project to me, for example, I would have imported the .png into Illustrator. Instead of auto-tracing it, I would have just used it as a background template over which I would have redrawn the artwork using the drawing tools in the application. The type appears to be Helvetica, so I would have just typed that in and matched it up with no need to redraw it.

I guess the bottom line here is that it’s not as straight-forward as you were probably assuming. You might want to go through some CorelDraw tutorials to learn how to use it properly. If you’re not familiar with vector drawing applications, there’s a reasonably steep learning curve.

this was my attempt to learn this program…I won’t be getting into crazy illustrations, i will mostly just be doing typeset…right now i pay a guy to make:

As far as the logo concerned, I am using this as a test for myself…I am seeing if i can match some art that I have already sent to the printers…I am copying the attached exactly, just to see if i can…(again so I dont have to pay someone else)…the only issue I had was with that particular logo. The only one I could find was translucent…i need it to be black…the reason why i used the methods I mentioned was because I used the trace method for the main company logo and it worked fine…the only issue i had was with the realtor mls logo, where the boxes were missing… 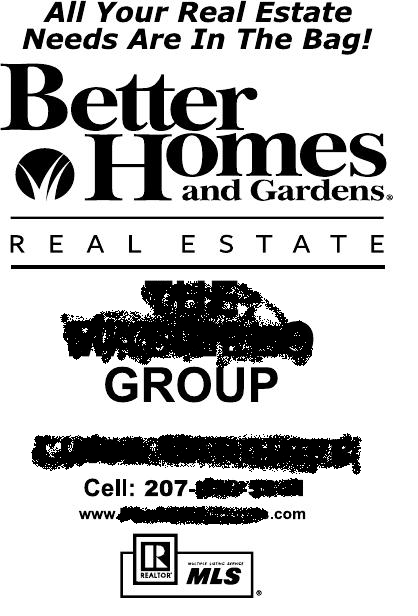 yes…my skill is in sales…thanks…im sure it is a simple process once i learn it…riding a bike is very simple…but if youre 8 years old and never rode a bike then its probably a daunting task. I appreciate your advice but the middle man makes enough money…and even more importantly is I am going into business for myself and knowing how to resize a simple adcopy would be very beneficial to me

if he can figure it out i can for sure…haha

Okay, fair enough then. Sorry for the defensiveness, but the anyone-can-do-this attitude is a bit more common than it should be. Here’s the thing, if the task you’re learning had the exact same starting and end points every time, you’d learn it by rote, with help here or elsewhere, and then you’d be in business. But it isn’t that way. Just like any other technical procedure, a knowledge of the underlying principles is needed to make competent decisions and to know the reasons it goes wrong in cases when it does.

So let’s take your situation with described in the original post; as Just-B alluded, you haven’t explained it in a way that makes the reasons for its failure apparent. To “print” a logo + whatever else is required on a promotional item, you need vector graphics. It’s not clear here what you started with. If it was indeed a vector graphic, there’d be no reason to trace it. If it was a raster image, tracing it makes more sense, but a software-interpreted auto-trace would only be a last resort, (or by my standards, a deal breaker). Manual tracing would be preferrable, but doing that well takes practice. The first thing is to seek out the actual vector graphic you need. It took me and Google around 2.5 seconds: https://www.nar.realtor/logos-and-trademark-rules/the-realtor-logo

Download the EPS file and open it in CorelDRAW. Each piece of it should be a separate, selectable object. If your printer also uses CorelDRAW, it should only be a matter of adding what you need and positioning the elements harmoniously. “Sizing” it is only a formality since vector graphics are resolution independent and can be scaled at output to whatever size is applicable.

No worries sir…I am not attempting to be a graphic designer creating logos and beautiful art compostions…I know the time and effort it takes to get to that level…I know people who had to go to school for those things…I don’t mind giving my money to graphic designers when the need arises…i intentionally stated my postion and made sure to include the fact that I am a newbie…I have no idea what I’m doing. this is where i found the logo: (it wouldnt let me include the link…boot i just googled realtor and mls logo and found it n a site caled pngfind) Im sure you can look at this and know exactly what it is and what needs to be done to make it the color you want. For me not so easy… I just needed that to be black. I don’t know how to color it other than to trace it because that was on of the first methods i learned…its probably the wrong way…which is why i posed this question because it didnt work for me this second time around…sorry for the confusion…just tryna figure this out…i did get a little course on udemy…my son does have photoshop, maybe ill switch up…but again…im not attempting to be a graphic designer…the reason why i need to learn to size is most vendors require the art to be camera ready and sized to the dimensions of the imprint area…so if i am selling a mug from a vendor and i need to send them art, it has to fit within their imprint area dimensions of 3x2 inches…and it has to be sent to them ready…so that is constantly changing…

You do know the promotions company will do it for you for a very minimal set-up fee, right? At least the ones worth dealing with.