Questions about emotes and pieces for legality

I was wanting to know since I’m fairly new at creating emotes like like new, still in my first year for my Bachelor’s in graphics design new, and was wondering if it is ok to draw a memorial emote to someones favorite rap artist who has past on and if yes thank you and if not please explain to me why and how I could go a different legal and safe route.

I’m pretty sure emotes are those stupid cartoon things that aren’t quite emojis that everyone puts in their Discord reactions where, often, no one but the person using them knows what they mean. Most often they are mini-memes, but if you aren’t in on the joke…useless.

How to Create and Use Discord Emojis: A Beginner’s Guide to Creative...

Emojis on Discord are special — you can make a little picture out of almost any symbol, in-joke, or bizarre late-night inspiration. Check out this blog post answering all the most frequently asked questions about them.

Guess I really haven’t given much thought to the legality of them. I always thought it was up to the platform they were being used under their User Guidelines. I’m only vaguely familiar with Discord usage and usually avoid any emojis that aren’t the standard smiley faces for fear of looking dumb or inadvertently insulting someone.

I thought it might be characters showing different emotions 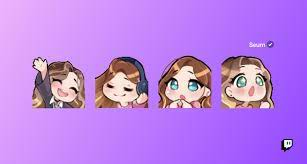 We may never know.

who has past on

Passed on, as in having died? If so, someone dying doesn’t mean their copyrights or trademarks disappear — they’re inherited by that person’s estate, which is often more protective of the intellectual property than the initial owner.

If you’re using imagery of an artist for personal use, as in fan art, no one will likely care. Anyway, doing that probably falls within fair use laws. However, if it’s for anything associated with commercial use, you’d likely be violating intellectual property laws, and you might get a letter from the estate’s attorneys insisting that you take down whatever you’ve done or face legal consequences.