Hello to everyone, I am after some advice for 3D render software solutions that would work well for fresh produce packaging.

We have a lot of different types of fresh produce in different forms of packaging, but mostly in either a clear plastic punnet or cardboard tray with a printed flow wrap film or lidding film. I would probably not render the produce, but want to render the packaging and place in the produce with the films overlaying the tray and produce. They film would need to have transparency, and for me to have the ability to rotate the product to output different angled images for use.

Currently, I’ve been doing these in photoshop taking images of the packaging components at different angle and layering together but this is time consuming. We have a lot of lines and I am after a more efficient solution. Any suggestions would be appreciated.

What is the end purpose of the renders?
To sell the design to marketing managers?
Or to sell the produce through use as advertising?

I ask for many different reasons, but mostly, have you considered hiring someone who does rendering for a living and can take the tedium out of your life?

It is to sell our products through advertising through us and through our supermarket customers.

We would consider hiring someone, but as a starting point to understand the costs and time associated with using software designed for these compared to photoshopping them. If it means it much fast for me to generate these renders and its comparable in cost to hiring someone, i would consider it. More because we have new lines popping up all the time so if i can create them, that would be useful. And for my experience doesn’t hurt.

I’ve used boxshot for years - I find it great for what I need.
They do have extras that you can buy
https://boxshot.com/shop/fastfood-1/

Maybe chat with them first before purchasing.
The software is very easy to use and it’s not expensive.

The learning curve on 3d software is straight up. Honestly, I don’t think it’s worth it if your use of the software is limited to what you described.

I don’t do 3d work myself, but some of my long-term clients (both past and present) are 3d software companies. They’ve hired me for regular 2d promotional graphic design and software interface design, but in the process, I’ve learned something about the differences between the numerous 3d software packages, what each does, and who tends to use it.

AutoDesk’s Maya would be good, but it’s overkill in every way. In addition, it’s around $1500 per year.

Probably better and more focused for what you described would be AutoDesk’s 3ds Max, but it goes for around $1800 per year.

SolidWorks might come up, but it’s users tend to be industrial designers, which probably isn’t what you’re after. Besides, it’s around $4000

Rhinoceros 3D would work probably work for what you need, but it’s around $1000.

On the other end of the spectrum, there’s Blender, which is surprisingly good considering that it’s open-source, as in free-to-use. Of course, you’ll put hundreds of hours into learning it, so if time is money, it’s far from free.

Adobe Dimension might be a low-cost option too. It’s quite easy to use. However, that ease of use comes at the expense of options and capability. It’s rather limited in what it can do, but might be just what you need. I suggest looking into it.

There are lots of other 3d applications that are more geared toward areas you don’t need, such as CAD software, 3d animation, hobbyist model manipulation, and things like that.

Again, if you must do it, start out with the free or low-cost software. If you decide it’s not your thing, at least all you’ve spent is your time. As @PrintDriver suggested, consider hiring a contractor who specializes in 3d. Personally, I’d probably choose a different direction altogether, but I don’t know enough about what you’re trying to accomplish to really say.

Hello!
I’m an industrial designer, I have packaging experience and all the software needed if you want some renders made. I’ll do it for cheap too since I’m building my portfolio and just starting to freelance.

If you don’t choose that option, there’s blender! it’s free and extremely powerful. but the learning curve is steep, I could send you a few tutorials your way. There’s even some 3D models that you could buy but you’ll need to learn labeling, UV unwrapping, material texturing and lighting to achieve a decent looking render that may compete with a photoshop mockup, not to mention that rendering is extremely taxing on computers, specially with apple hardware. Rendering with ray tracing (simulated light physics) takes a long time unless you have a good GPU. (Wich I also have).

If you decide to use blender yourself use evee (one of 2 native blender rendering engines) It’s way less taxing. If you learn how to use it, renders will look pretty good but never amazing (unless you’re a blender wizard) that may be a good solution if you’re a student and just need to show a quick representation on how your package works. I did that countless times in school when I just had a laptop.

Also, there’s a lot of ways one could make a package for produce, from thermoforming plastics such as PET or making a die for cutting cardboard. Even a plastic bag requires some thought since the need come holes with specific placement to release moisture so you’ll need an specific model that makes sense for your produce, do some research before hand and go for a model that makes sense.

(btw, idk if there’s rules about offering to do work, I haven’t read them lol)

btw, idk if there’s rules about offering to do work,

There’s a rule here prohibiting self-promotion, but there’s also an understanding regarding good forum members bringing up offers to help when it fits within the context of the discussion. 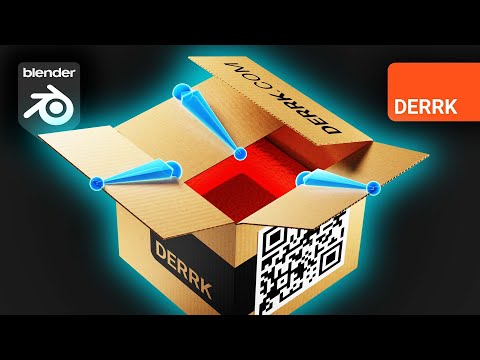 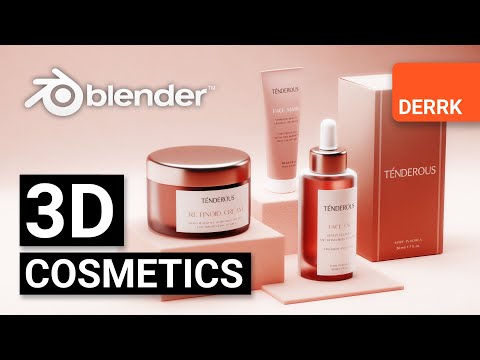 This two are enough to solve your problem if what you need it’s super simple and need to add labels to simple shapes such as cylinders and boxes, but if not, I suggest learning some 3D modeling or buying the models.

Even I was able to use it

Thank you everyone for your feedback. Blender looks amazing, and I had heard of it, but I think I’ll experiment with Boxshot to start - it has a free demo version. I’ll have a quick play with that and see how that works for me before I decide if it’s better to simply outsource to a 3D expert or learn Blender.

If you celebrate Easter, I hope you’ve had a great one

I just realised - not sure if i can place in real looking produce in Boxshot - i’ll still look into it though.

As far as images of produce goes, do you think that which ever software I use (or even if I were to engage in an expert to create these for me), can I place in an image or series of images of produce in the render, or better to have these generated in 3D too and placed in the scene? I understand a still image cannot rotate 3 dimensionally, but I thought I have heard of realistic models which can be created by a series of photos of an object that had been rotated and then stitched up as a render - certainly something left for an expert. Could these be created and placed in the render software and look realistic and be rotatable?

I really wanted to maintain the produce looking as natural as possible but want to understand best approach as far as the produce part goes. If these were generated as a 3D render, how realistic would they look?

Organic shapes are notoriously difficult to model in 3d apps. The mesh gets way too complicated. Bananas and apples are easy. Parley and broccoli, are much more difficult. You can, however, buy models that are already made. For example…

Personally i am using Keyshot, But you can try anyone from below, All are good with own features.