Right on schedule, the first part of June rolls around and Utah’s cool spring turns into the beginnings of a blazing hot summer.

I hope you have good ways to stay cool.

It’s been an odd Spring here. We started out in high 80’s even got into the 90’s a couple times. The past two weeks have been nothing but rain and lucky to see 40°. This week there has been a bit of sun here and there and in the 60’s. 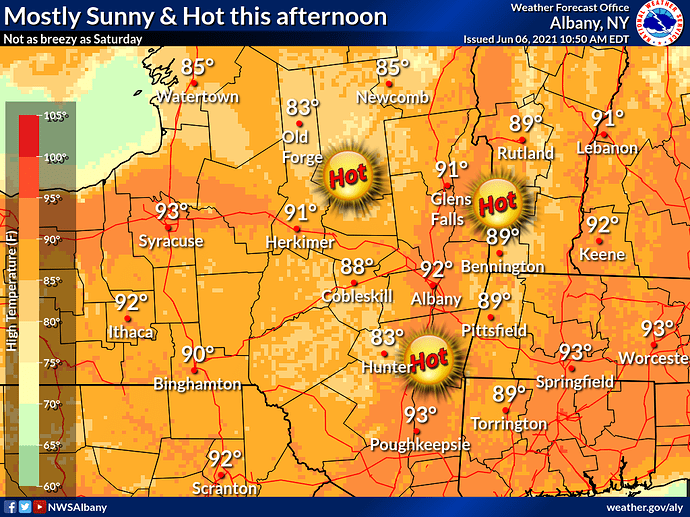 I didn’t know you were in Albany. I went there years ago with my oldest mate who, although also a Brit, lives and works in Manhattan, I flew over and we took a greyhound up to Albany to see Rush on the first date of their Test for Echo tour. They did it upstate first, as it has been their first gig in years, so they avoided huge venues for the first one. They played the Knickerbocker Arena, as it was called then. Still the best gig I’ve ever been to,

Concert aside, it was an amazing trip. It was the weekend when all the trees turn reds and golds. A truly spectacular sight.

This side of the pond, today, the weather is a bit ropey. It has been beautifully hot for the last week, but this evening, it’s started raining. Still, its warm enough to have doors and windows open and there’s that lovely summer rain smell everywhere. I spent the morning strimming (weed-whacking) part of the gardens, which has added to that smell.

I feel a sit down at an open window, with a bottle of Malbec, coming on!

I’m actually in Saratoga Springs. Above Albany and to the left of Glens Falls

About a 35 minute drive.

It is beautiful up here for sure and the leaves changing are a whole tourist industry.

And yep … the good old Knick. Then it became the Pepsi Arena … now it’s the Times Union Center.

Hopefully this year it might get to see a little action

It has been beautifully hot for the last week,

No “hot” is “beautifully”. Yep, I detest heat. In Toronto we’re getting 30+ Celsius for a week since two days ago. Thankfully our AC is working.

Just a few moments ago from our bedroom window. Agggghhh.

It’s supposed to be hotter tomorrow. I can’t wait to see what July brings. 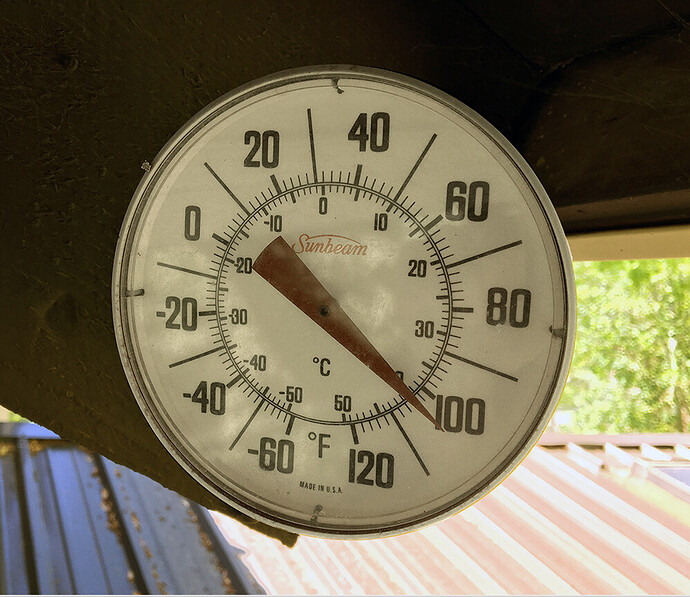 I can’t wait to see what July brings.

It’s almost embarrassing for me to report Toronto is getting a week of mid-20 Celsius weather, sometimes with rain.

We had temperatures about like that last week. From now on, here in SLC, it’ll be a long, hot, dry slog through the summer into September. Yesterday, I rode my motorcycle up into the mountains east of town to the ski resorts. There’s still a little snow up there hiding in the shadowed spots on the mountain sides. The temperatures were perfect. I might head up there tomorrow, along with half the other people in the valley

These days we’re mostly house-bound, until situation gets better, hopefully sooner rather than later.

We are still flip flopping. We were 90’s all last week and this week … rain and 70’s. Although it’s terribly sticky

We’ve had a stretch of hot weather with mid to upper 90s. It’ supposed to be 102° on Friday which is pretty unusual for the middle of June. Kind of odd after the long, cool spring we had.

I really think our weather has become wack-a-doo

It might be hot where you are; but, chances are, it could be worse… 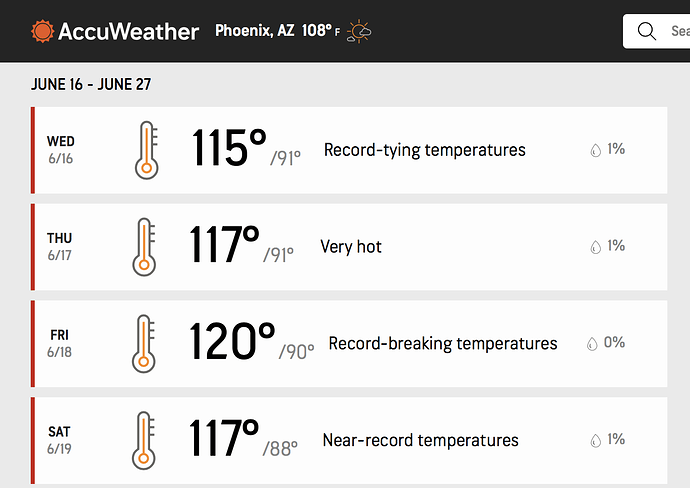 And on that note, I’m off for my Wednesday night group bike ride where it’s a quite nice 88°.

Being here in Dallas we can get to the high 100s and when we visit my wife’s family in South Texas it gets mid 110s at times. The worst I’ve experienced in South Texas is 115 and I wanted to just stay inside in the AC at all times. Stay hydrated and do your best to stay cool.

Mrs. B hates the heat. I’m mostly okay with high temperatures unless I’m out biking in them or working in the yard. The big problem we have here is that most of the western US is several years into a prolonged drought. The Great Salt Lake near Salt Lake City is probably half the size it was 20 years ago.

In my home town, they’re already rationing water. I suspect we’ll be seeing awfully brown lawns by the middle of July. If I were starting from scratch, I think I’d skip the lawns and put in xeriscaping. It’s sort of stupid that here in the valleys of Utah we try to make it seem like we’re in New England, even though it’s a semi-desert where the native vegetation is mostly sage brush, tumbleweeds and whatever else can get by with little water in alkaline soil.

Just once, though, I’d like to head to Death Valley during mid-July — just to experience the 125°-plus temperatures there. I’m sure I’d hate it, but I’d still like to do it, just once.