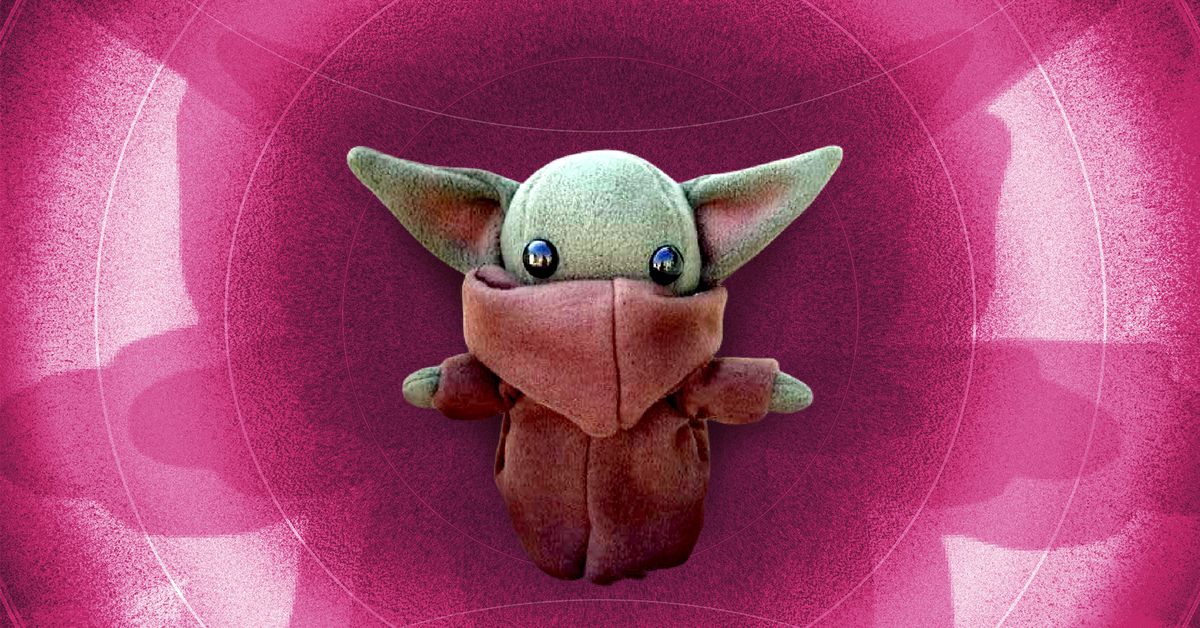 Disney is taking down homemade Baby Yoda toys on Etsy

There seems to be quite a bit of animosity directed at Disney in other articles and other blogs for going after “the little guys” on Etsy.
Um…Disney has the right to protect its Intellectual Property and woe to those who think they won’t be noticed.

Never mess with The Mouse.

Yes. It is entirely within their rights.

I thought it was pretty ballsy of one of the targets to state they were still going to fulfill the couple hundred orders they already had. That’s like asking Disney to serve a little more than a C&D and go after “damages.”

Of course its their legal right to protect their IP, but I still think its petty for a massive company like Disney to go after people who are likely poor and struggling to make ends meet.

They probably got nothing to lose that’s why! Can’t take what they haven’t got can they.

It might seem like a petty thing to do, but Disney needs to draw the line somewhere, and the easiest place to draw it is at the beginning with a zero tolerance policy. It could seriously compromise their legal arguments if they let some get away with it while prosecuting others.

It is a petty thing to do. Yeah, they need to draw the line somewhere, when it is actually impacting profits or gets anywhere near impacting profts. A few single mums making teddies in their studio flat in Queens is not harming their business one bit.Get real.

Sorry, but would you feel the same if those mums in queens were making ends meet by shoplifting? Making a living using someone else’s property is still illegal. Why is created intellectual property seen as somehow less than physical property? No one would rail against a large corporation for prosecuting persistent shoplifters.

I understand the David and Goliath scale and seeming overreaction of a corporation like Disney going after the small guy. But the property doesn’t belong to the small guy. It is no different to someone downloading a photo from a photographer’s site and printing greetings cards using it.

That said, what should vary, according the level of severity of the ‘crime’, is the punishment. You can’t – or rather, shouldn’t – apply the same sentencing to a mum trying to make ends meet by knitting a few Yodas and selling them on Etsy, as you would a counterfeit organisation with full manufacturing set up in the Far East and distribution networks at home.

That’s the point of a fair law, order and justice system in a civilised country. It is designed to keep us all safe and as unexploited as possible. The argument as to whether this, in and of itself, is corrupt and unequal in its application is a whole other can of worms, but theoretically, if we don’t live by and adhere to it, we invite chaos and feudal rule.

Personally, I am not a fan of massive corporations whose only actual remit is to make shareholder profits and anything else is a dereliction of its legal responsibilities. However, they have to have the right to defend their own property, no matter how morally unjust it may seem. Otherwise you begin to undermine in ideal of fair rule of law for all. A more apposite argument should be the amount of power a company should be allowed to have.

For me a simple change in the law to state that a limited liability company must direct, say 20% of its profits into socially beneficial projects and not all of it go to dividends in the Cayman Islands would change the whole landscape of society. Much like a Social Enterprise company status is here in the UK. Not sure if there is a similar legal status on that side of the pond.

Anyway, I digress, this is a rant for another platform. I am severely deviating off topic now, so I’ll stop before I rant myself into a frenzy. I feel a nice cup of tea coming on!

Yikes! I wouldn’t touch that with a 10 foot pole.

Tanya, the only seller to give approximate sales, told The Verge that she had sold 200 or so of the plushies.

That’s not a few. That’s not even several … that’s mass production.

There is a legal issue, and a moral issue. Which one are we discussing?

The article notes that Disney did go after the high-volume, high-view-count sellers first. The others should get a hint.

Disney has always and forever been rabid about their legal property. They aren’t the only ones, but they’ve been at it nearly a century now. It’s because of Disney that a lot of copyright laws were changed as their various older properties started to approach the limits.

My point in posting that is, don’t think that just because you are a little Etsy business that a big corporation won’t take the time to notice if you rip off their brand. They have teams of lawyers for that stuff.

There is no “I’ll just change it up a bit” to avoid copyright violations. Even derivative work can be targeted. Etsy’s rules indemnify them, up to a point, from any infringements the sellers on their site make. They only act if a legal complaint is filed. They don’t adjudicate the complaint as to whether it is appropriate any more than a simple check of the accompanying paperwork. They are more going to err on the side of the complainant so as not to ruin their huge money-making scheme. They don’t care what you sell. The risk is all on you. They just take your space rental and laugh all the way to the bank.

As for fair or not, the law is the law. Ignorance of the law is not an excuse. Even a business on Etsy is still a business and should be treated as such.

Companies with registered trademarks and copyrights are required to defend their rights. If they fail to do so, they can lose their IP rights. Several cases in point: 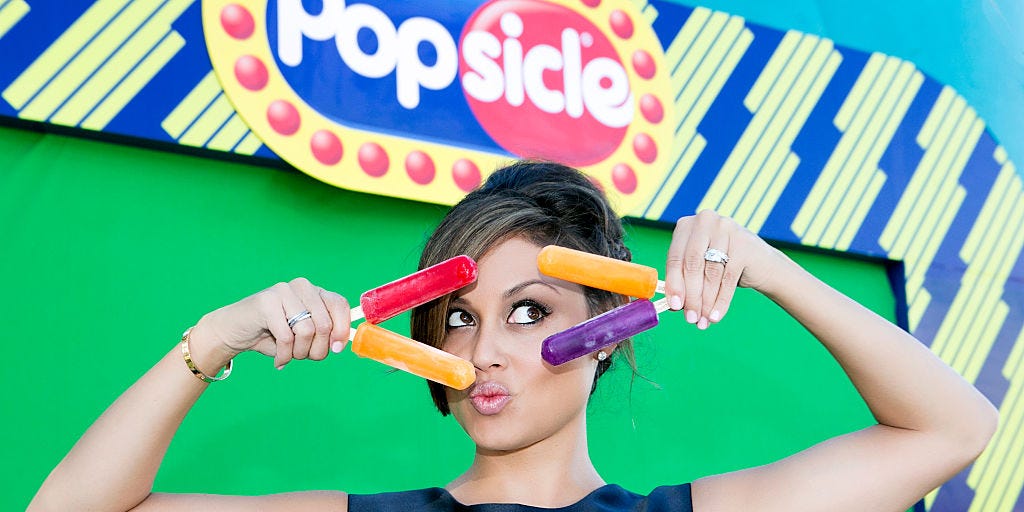 Google, Taser, and Xerox are all examples of brand names that have become generic words for a type of product. The process is known as genericization, and in some cases, it can result in companies losing their trademark.

The legal issue. That will cost you the most money.
The moral issue? I’m sure a lot of folks that post stuff on Etsy are completely ignorant of Intellectual Property laws. Etsy does not make a good enough explanation of what they actually are on their site and most of the non-design world (and an unfortunate percentage of the design world) think that if it’s on the internet it’s free to use, which can’t be further from the truth. Ignorance is one thing. Wanton use of other’s IP is another matter. There are always going to be thieves and liars out there.

I’m with Disney on this one. Morally, ethically and legally. No-one has the right to copy someone else’s creation and sell it as their own. The people on Etsy and other places just see it a ‘content’ to be used for their own profit, and that extends to photos, logos and other created content that people use without permission. It has to stop.

but I still think its petty for a massive company like Disney to go after people who are likely poor and struggling to make ends meet.

I understand your frustration, because I’ve been there but there are legal ways to make ends meet.

I’m sure none of the sellers have read this either:

Did you know you must meet minimum federal safety requirements before selling your children’s products? It’s true and the law applies to every business – big, small, and even working out of your garage – that sells products in the U.S. We’re here to...

A few single mums making teddies in their studio flat in Queens is not harming their business one bit.Get real.

I doubt that Disney is too concerned with not-for-profit fan art or someone making a few items and giving them away to friends and family. When it turns into a commercial business where money is the prime motivator — as selling on Etsy is — a clear line has been crossed.

If Disney fails to stop those “mums in Queens” commercially encroaching on Disney’s intellectual property by selling 100 or so items, their legal standing will be compromised when trying to enforce their property rights against slightly larger businesses doing the same. At that point the courts will need to consider the question of why Disney let one business slide while prosecuting another.

As for getting real, as you put it, this is getting real. It’s the reality of a company needing to enforce its intellectual property rights or risk having the ownership of those right compromised.

I’m certain Disney has no wish to hurt single mothers just trying to make ends meet, and if they prosecuted them in court and forced them into bankruptcy, I’d be on these mothers’ sides. But simply asking them to stop and making their case to Etsy is showing restraint.

As @sprout said, the legal system treats these things proportionately. Someone working out of her craft room will not run into against the same level of legal threats as a full-fledged, mass production factory cranking out thousands of copies, but Disney still needs to do something in each case or it compromises its ownership and legal standing going forward.

And as the article mentioned, they’re asking Etsy to take down the violations (which also violates Etsy’s terms of use) — they’re not suing the small one-person businesses. If these people want to sell these dolls without invoking Disney trademarks, great, but they need to follow the law while doing so.

Slightly off topic, but a few years ago, I created an infographic for a newspaper story where I used the term Channellock to describe a pair of plumbing pliers.

About a month later, I received a package containing a letter from the company that makes Channellock pliers explaining that they needed to protect their brand name from falling into common use to describe these types of pliers. They cited the same reasons that @PrintDriver mentioned.

To sweeten the pot, they included a pair of really nice Channellock Pliers that I still have and use. I’m certain the whole reason for this was a concerted effort on their part to build up a legal defense consisting of an ongoing effort on their part to defend their legally registered name. Some of the companies @PrintDriver mentioned never really did this sort of thing and, subsequently, lost certain legal controls over the generic use of their trademarks.

If they are hungry I wouldn’t care if they shoplifted, I would back them to shoplift and get away with it too. Rather a company take an unnoticeable dent in profits than a person go hungry, but then I actually know what it’s like to be hungry and desperate.

I very much doubt letting the small fish get away with it would compromise a serious lawsuit against a larger operation.

derstand your frustration, because I’ve been there but there are legal ways to make ends meet.

Not always, and not for everyone.

They can produce and sell Disney merch. They just need to negotiate a licensing agreement with Disney.

I have a pretty good imagination, but I can’t even guess what a Disney merch license would cost. I do know you won’t make it back with a few hundred crocheted baby Yoda dolls.