#Tokyo2020 has created the first animated pictograms to highlight just how dynamic, innovative, and special this Games will be!

nice,
but they forgot one, I’m looking for the synchronized gas attendant plummeting event like the last summer Olympics? 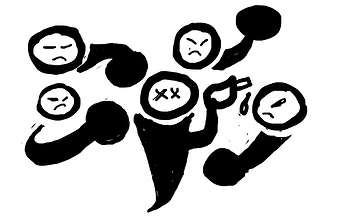 Wow! I love them.

This might very well be another example of why I’ve grown somewhat cynical about the Olympics. It’s promoted as an international celebration where national differences are set aside in the name friendly competition between the world’s best athletes.

I suppose it is just that on one level, but the motivation for the games doesn’t match up with altruistic branding — instead, it’s a huge, carefully protected money-making racket where greed, back-channel deals, favors and payoffs are the norm for those running the show. The FIFA corruption scandals are another example of the same sort of thing in a similar organization.

I stopped with the Olympics years ago when they started allowing pro NHL and NBA players into the games.

Shame this will never be used if they cancel the Olympics because of Covid-19.

I read somewhere that they will award a gold, silver and bronze medals to the first 3 athletes who just survive the epidemic!
within their competition of course.

I need to make aerodynamic face masks but too busy.

Nice stuff. The equestrian ones with horses missing their back legs are a little odd …