The legislature of my state — Utah — has decided the state needs a new flag. The current flag is, well, pretty awful.

True to form, however, our legislature has set up a process that will ensure an equally awful flag will be flying on the flagpoles a year from now.

They’ve set up a committee and six subcommittees to solicit ideas from the state’s residents. Once the contest has ended, they’ll set up another subcommittee to pick finalists. Later in the year, the aesthetically challenged knuckleheads in the state legislature will pick a winner.

Setting up additional legislative committees to argue over the finalists isn’t part of the current plan, but undoubtedly that will occur. I anticipate at least a half dozen more nails pounded into the coffin to seal the lid on whatever monstrosity they come up with.

I might spend five bucks and get a bunch of crowdsourced flag ideas to enter.

My state had a contest a while back for a new license plate design. Some nice entries were submitted. The downfall (or one of the downfalls as I am no fan of contests) is that they let the governor’s wife choose the winner. Yep, I had to drive around for years with the Lithos font on my car.

My state had a contest a while back for a new license plate design.

It’s probably been more than 20 years ago, but our license plates at the time were designed as part of a high school art contest. It pretty much looks like a high school project too.
Here it is. It’s still on lots of automobiles.

I would much rather have that Utah plate on my car than this unholy abomination. 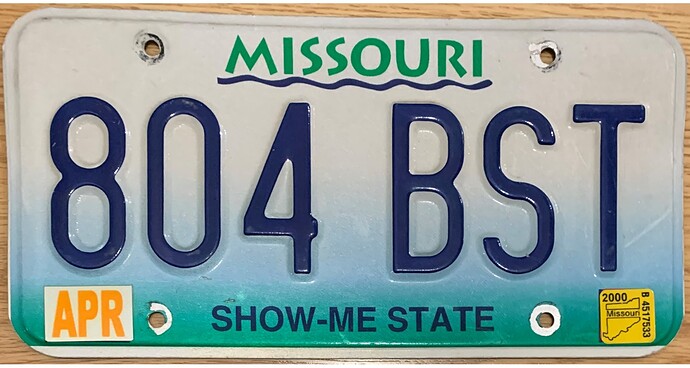 That stupid line under the state name is supposed to be a river. Could have fooled me.

You should try, but im more focused on that weird parallax that doesn’t quite line up and the hands that was way too large.

yes thank you. Who the hell thought that was a good idea in the site? lol It’s such a distraction.

Later in the year, the aesthetically challenged knuckleheads in the state legislature will pick a winner.

Trust me—it will turn out to be a camel. And everybody knows the definition of a “camel” . . . that’s a horse that was put together by a committee.