Way to the future! 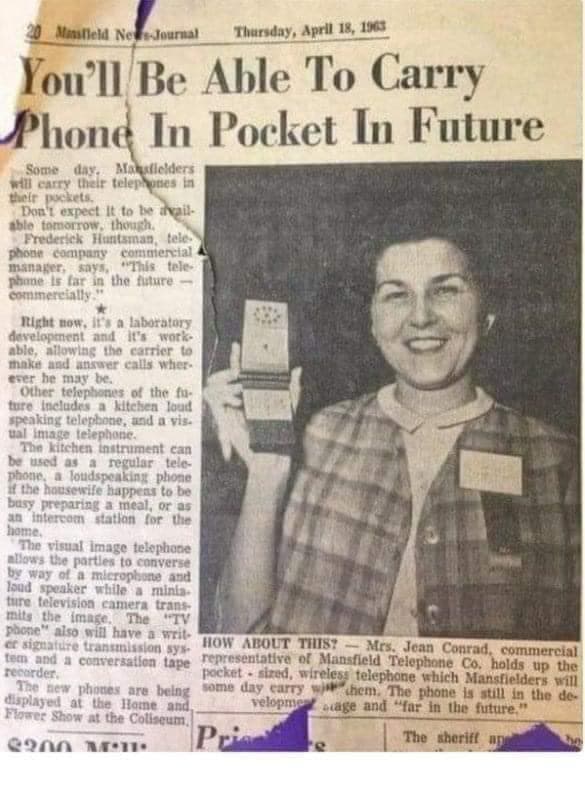 Made me giggle - not only the article, but the language used too within the article.
Wow. When predicting things for the future they didn’t really anticipate just gadgets.

The predictions were more or less accurate, though. Now that we’re “far into the future,” our phones can do all those things and more.

That’s true. I heard before that the computer that helped land Apollo 11 on the Moon was as powerful as standard calculator today.

I love reading things like that though. They weren’t a million miles off!

That Apollo 11 computer had 4kb of RAM and a 32kb memory. It’s use wasn’t the same as a hand held calculator, which does have more processing power. (It also rebooted multiple times in the 7.5 minutes previous to landing due to a sensor malfunction, the infamous Error Code 1202.)
I kinda hate that comparison. Programming the landing computer was not the same as using a hand held calculator (which wasn’t available to the public until the early 70s. I didn’t have one until college in the early 80s)

I think you are about right Smurf. I think Apollo 11 had 256k Ram or something very close. I remember around 1964 taking a school visit around the then British Steel computer in Corby called LEO which filled an entire large room with banks and banks of wiring and circuit boards in long steel cabinets and a tiny terminal. A small calculator today has more power I dare say.