When presenting ideas to clients

Depending on the project, I’ll typically show a client three ideas from which to choose. It’s not often that I don’t have a favorite of the three.

However, at the places I’ve worked, the rule has always been never to show clients work that we didn’t feel was our best work.

I never fully bought into this since one idea is nearly always better than the others or, at the very least, each concept has its pros and cons. Pretending otherwise seems a bit silly. In addition, I always considered it part of the job to recommend the best solutions, which invariably means recommending one over the other, which we seldom did.

I’m wondering how others handle this. When presenting work to clients, do you provide pros and cons for each or present each idea as equal and then leave it up to the clients to choose?

I’ve done sort of a “soft” version of the 3 concepts approach, where I only present the one I know is best, and only fall back on the unseen others if the primary is clearly missing more than hitting with the client.

I’ve used dialog to the effect: “Well, based on something else you said during our briefings, I also worked out this alternate concept. Like the first, It delivers on [point A], [point B], etc., but isn’t as strong on [point x]. I feel [concept 1] is stronger for [reasons], but [concept 2] may resonate with your market [in some other way].”

My pitches are always peppered with reminders that the design is intended to produce this effect or that in the target audience, as opposed to the client. While I always have a 3rd-best design in my back pocket, this approach has kept me from ever having to go that far. So like you, I go in with 3, but employ a controlled reveal, thereby exerting more control over digestion.

Those are some great suggestions. Thank you.

When I worked in in-house situations, the work would almost always be for the benefit of my employer rather than an outside client. My assumption was that I had an important role in arguing for the best and most appropriate solution. With that assumption in mind, I would typically only present what I thought were the best ideas, then resort to backup ideas or revised concepts based on relevant input from co-workers.

In an agency situation (and now that I’m on my own), there’s always some pressure to make clients feel like they’re getting their money’s worth and are in control of where the projects lead. This pressure leads to giving them choices, showing them multiple acceptable ideas, and deferring to their wishes when some decisions are made.

I wonder if there’s a way to combine more of the first approach while still accomplishing the useful, um, client suck-up nonsense of the second.

The only time I’ll show multiple options is for a logo design when I’ll show 3 to 5 max. In that case, I’ll present solid ideas that will work, but, yes, I will usually have my favorite. Sometimes the client chooses that one, sometimes the client doesn’t. What I absolutely don’t do is throw in “filler” or any “less than” work to round out a presentation. If I show it, it’s because I think it’s a solid option.

On any other project (print, packaging, whatever), I only show one option.

There is a quote that goes something like this: To the novice there are endless possibilities, to the master there is only one.

I’d say there is some wisdom in that.

This brings to mind the logo legend Paul Rand. When contracting with Rand to design the next logo, Steve Jobs allegedly asked Rand if he’d show multiple options. Rand’s response is said to be something along the lines of, “No. I’ll solve your problem, and you are free to use it or not.” That’s a paraphrase, but you get the idea. I have not achieved Paul Rand-like status, so I still have to show clients multiple options on logos. 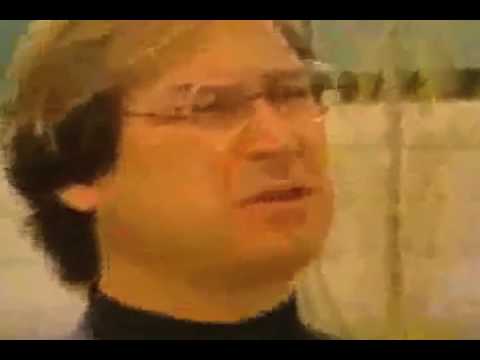 I’ve run across that story of Paul Rand telling Jobs that he would only design one logo for NeXT, but I didn’t know there was a video of Jobs telling the story. Thanks for sharing it.

Even though I’m no Paul Rand, I just might need to start approaching this in a similar way. There are few things more tedious to me than coming up with what I think is the right solution, then having to develop additional alternatives that I know won’t be as good,

“Those are my principles, and if you don’t like them…well I have others.”
― Groucho Marx

We never presented more than three ideas. Typically three senior designers were each assigned to execute an idea, though most of the time it would be one or two. Sometimes the art director would accompany the rep at the presentation, but not always. The rep would do most of the talking (his/her show, after all).

There would be variables: client-agency relationship, budget, venue (home or away), urgency, etc.

Yes, that sounds very similar to my experiences too. The smooth-talking account reps would handle the client relationships in the meetings. We would do our best to coach the reps on what needed to be said, then cross our fingers that they didn’t start promising a bunch of nonsense or misrepresent our ideas.

Depending on the situations and the clients, I’d sometimes sit in on the meetings, along with the senior designers assigned to the projects, but that wasn’t typically the case unless the client was savvy enough to ask for it. I always liked working with clients who wanted direct interaction with the creative staff instead of relying on the reps and VPs to translate and act as intermediaries.

At one of my in-house jobs, I was the CD. In that role, I was in charge of the contract with our ad agency. It was always fun sitting on the client’s side of the table and being able to spot what they were up to.

Yeah. The role reversal was ironic, but sometimes eye-opening.

I lean more towards the no option camp and my reasons for that are to take the burden of decision making off the client and to leverage the expertise that they’re paying me for to provide them with my best solution.

I do 3 versions… funny just watching my favourite comedy show Ancient Aliens and it’s about the power of 3… anyway yes, I just do 3.

Same here. Usually three options. Each with a different degree of ‘pushing it’.

The first usually nods towards what you pretty-much know they will go for (if you already know your client). This makes them comfortable that you have listened to them and know their preferences. Then another two other options that I feel solve the problem more effectively. Often one is more mainstream and one a bit more adventurous and may require a bit of bravery on the part of the client – depending on the client, of course. You know some will just never go for adventurous in a million years. This does not mean that I will present them anything I think won’t work and even the ‘safe’ option will do the job.

I will usually direct them towards which version I think works best and why.

Doing it this way, means you get a gauge of how they tick and then when you come to second round refinements, you are more likely to get it close to what they want – plus they are often more invested in it, as they have often taken the ‘safe, predictable’ one out of the equation themselves because they can see it is not as dynamic as something that has a solid idea behind it.

If they haven’t and still want ‘safe’, then you know you are working with a conservative client and its work that is bread and butter stuff only. Saves you wasting your time banging your head against a brick wall trying to get them to go for something that you know will work, but is just too ‘risky’ for them. I am not implying David Carson kind of risky. Just something that isn’t predictable, corporate fare with stock shots of blokes in suits shaking hands can send some clients into a cold sweat.

Of course, all that depends on your relationship with your client. I have some who just ask me to ‘do it’ and I gave them one solution because they are comfortable with what I will produce for them. That point usually takes years to get to. Nice when it happens though.

Same here. Usually three options. Each with a different degree of ‘pushing it’.

The first usually nods towards what you pretty-much know they will go for (if you already know your client).

That’s largely what I’ve settled into as well and for the same reasons.

It depends on the client, of course, but a typical client of mine has some idea of what they want, so I spend some time determining what that is. I try to make improvements on what they want, then make that one of the three versions I propose,

In addition, I’ll give them one version that’s what I think they should have and another that typically lands somewhere in the middle.

When I present the ideas, I’ll explain why I think each will work to solve the problem. Of course, the idea I think will work best always gets the most thorough and convincing explanation, which gently nudges the client in that direction. I don’t come right out and say which idea I prefer unless they ask directly. If I’ve done everything right and the client is open-minded to new ideas, they’ll arrive at the right conclusion on their own.

I take a similar approach.

Haha. If we ever give our opinion of which one we prefer, they always choose another one, LOL.

Depending on the project, I’ll typically show a client three ideas from which to choose. It’s not often that I don’t have a favorite of the three.

That was my typical method as well, especially when meeting with a potential new client who had asked for (and usually paid for) preliminary ideas. HOWEVER: On several occasions that method backfired on me with the client getting most excited about the worst of the three options instead of what I felt was the best option. If that client became a regular client, I typically would only show them one best idea for all future projects.

As an in-house designer, I now only present one strong solution since I know the brand inside and out. However, we also do some work for outside clients, to whom I present three concepts. One is exactly what they asked for, two is something that pushes their initial idea a little further, and three is something totally unexpected and different. They always choose the first one.