The next poster for the Dj Event.
Matina Sous Peau is a somewhat eccentric and offbeat Dj, she plays 80’s 90’s 00’s , mashups, even some “cult” and B’class music. 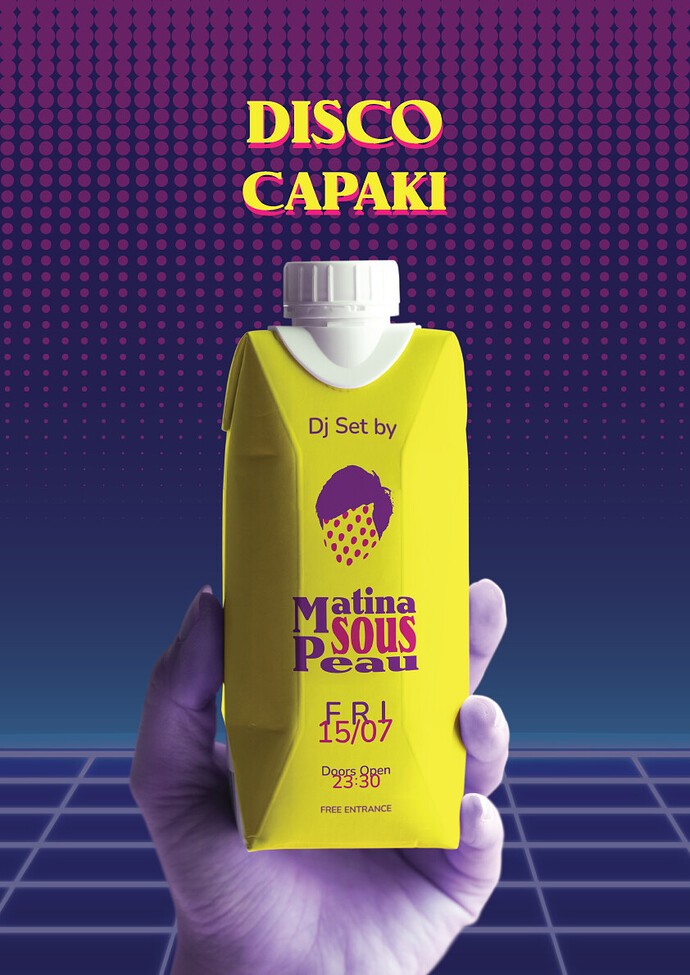 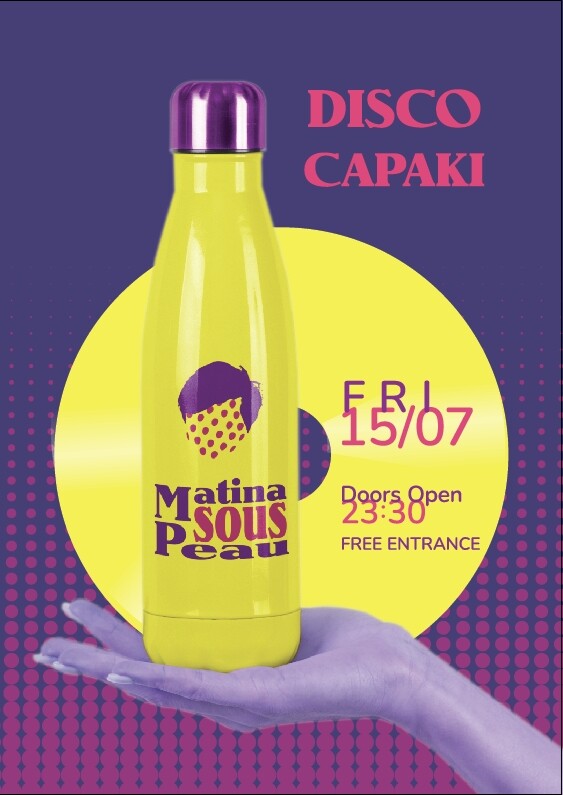 Off the bat, I would say DJ needs to be capitalized. It’s an acronym for Disc Jokey, and acronyms are always capitalized, unless preferred all lowercase by the artist, but [generally] never capital and lowercase at the same time.

Might be more opinion-based:
The type treatment I would keep the same between the two since it’s the same event, either center aligned text or left aligned. Although I don’t know how much that’s preference vs actual design rules, but the interaction between Doors Open and the 23:30 throw me off being left aligned.
Generally when you have two elements that overlap, they have a bit more drastic of a contrast in treatment as far as typeface and type size. Usually you want them to more dramatically overlap as well, one of those “either fully commit or not at all”, and with the Doors Open treatment it feels like it’s dancing that line. Someone correct me if I’m wrong though.

The 2nd image I can’t tell if it was just compressed or what, but many elements look fuzzy compared to the first. The first has a really crisp carton, and the bottle in the 2nd image looks like it has some sort of feathered tracing–same with the hand in the 2nd image (particularly looking at the back of the palm, there’s an odd ghosting happening there).

Thank you for your reply!
First of all, these are two alternatives for the same event, so I would like to ask what do you prefer.

The client wants Dj to be written with lowercase “j”

As for the “Doors Open” overlapping I agree, but I was worried about legibility.
I will be more bold in overlapping it!
As for the second image, yes the hand is not very well masked, because I didn’t spent much time on removing the background.

Easter egg: Capaki in greek means “lid” , that was a reason I chose something with a lid!
Finally Matina Sous Peau (the Dj) has no logo, and I made that (the hair is distinctive of her).
I intentionally stretched the type, in order to show her unconventional attitude.
What do you think?