I’m not the freshest with my design skills anymore. I’ve designed this cover for a book I am writing, but I somehow don’t like the font choice for the subtitle “A powerful philosophy on how to level up your sex & relationships” (WIP text) on the bottom

At first, I thought a bit of contrast with a more classical font would work, but I’m somehow just not feeling it. I feel like it doesn’t work, or am I wrong?

Do you think it’s just the wrong serif-type font, or is the general mix of serif/sans-serif not good? Should I rather try to make it work with a sans serif font? 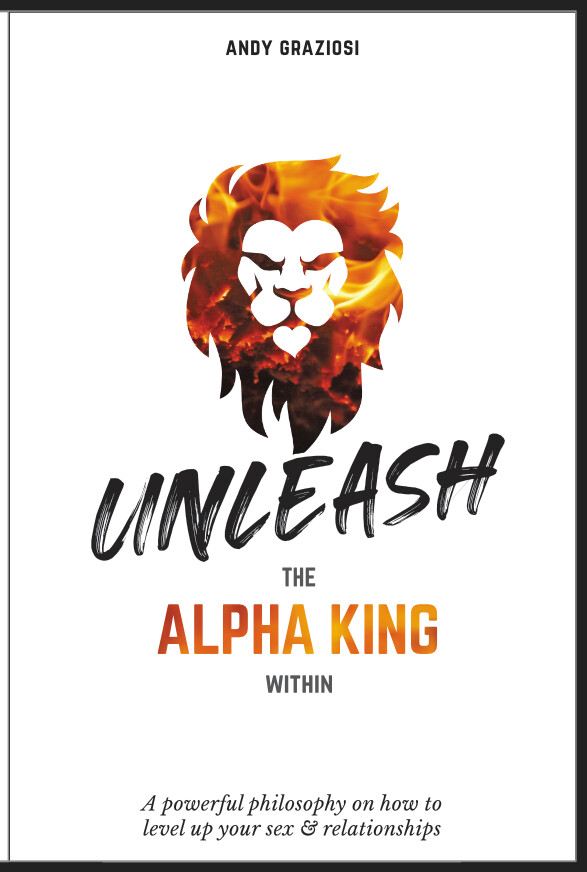 I’d simplify the number of fonts being used.

Despite the cracking design joints

, I’m thinking it looks pretty good. However, I’m seeing the same issue as you regarding the type. It’s a subtle problem, but yeah, it’s there.

The subhead is pushed so far to the bottom that it no longer visually appears to be a subhead and, instead, looks like a bit of extra type. Setting the type in an italic serif face that looks similar to a text face might even further the impression of it being some extra explanatory type rather than a subhead.

In addition, your use of two typefaces for the main headline tends to initially suggest that The Alpha King Within is the subhead.

You didn’t ask about this, but I’m also wondering about that thick black border. It looks good, but it’ll cause a serious trim problem. If the trim is more than a couple of points off in any direction — which will likely be the case — it will be very noticeable.

Yep, it’s 3 fonts. The brushed font, the sans-serif for the rest, and the serif font for the subtitle.

I’m thinking maybe it should all be sans-serif fonts, perhaps I just need a slightly different sans-serif font for the subtitle. Perhaps something that’s not narrow.

Thanks, good advice! Yes, you’re right that it looks too much like the subtitle is just an FYI thing. Maybe I’ll try a different sans-serif font and move everything a bit higher.

The thick border btw is just the end of my document in Affinity Publisher, sorry I should have clarified this

. I just screenshotted out of my design software, there’s no black border on the edges of the page.

Regarding the “The Alpha King Within” seeming like a sub-head. That’s interesting. Hopefully that fixes itself if I come up with a better font for the real sub-head.

My initial design was like this with all of it being the same font, but I felt that somehow the “energy” was missing in the cover design. 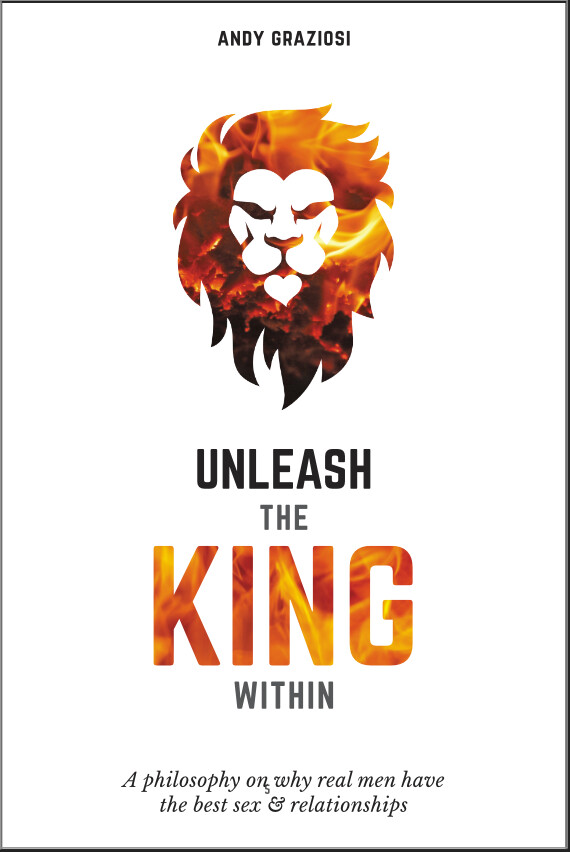 You need the title to be one entity. Unleash and Alpha King should be connected using the other two words, which doesn’t work by making them small and nondescript gray.

I know you didn’t ask about content.
Level up is a game reference. Intentional?

Level up is a game reference. Intentional?

Yeah, don’t know that I’d go with “level up” either, but I do know for sure I’d avoid “real men”.

Thanks, I’ll keep that in mind!

And yea. the subheadline is totally random right now… I’ve been struggling with a good short but unique sentence. Gotta run some ad experiments for research to get it right

I like the first proof more. I think if you put the authors name in the same serif font as the bottom line it might work a bit better. The only thing I think that should change in the text at the bottom is the ampersand symbol to something a little less decorated. maybe even moving the authors name to the bottom underneath the description and shifting everything else up just a little might work as well. That way the fonts are separated a bit.

Definitely use the first description and avoid the ‘real men’ text. Maybe rearrange the second line to read "on how to take your relationship to the next level’ and leave the sex out of it since that comes with relationships.