I remade Steam's Big Picture Mode in Adobe XD. Please, tell me what you think! 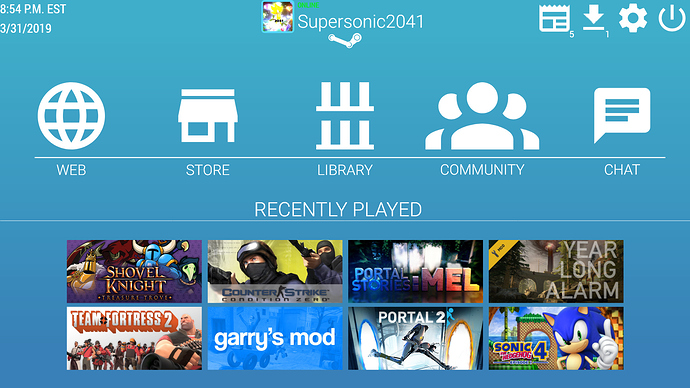 Home.jpg1920×1080 567 KB
I spent last night and this morning recreating Steam’s Big Picture interface, giving the dark and grainy interface a lighter and more minimalist feel. Please, tell me what you think! 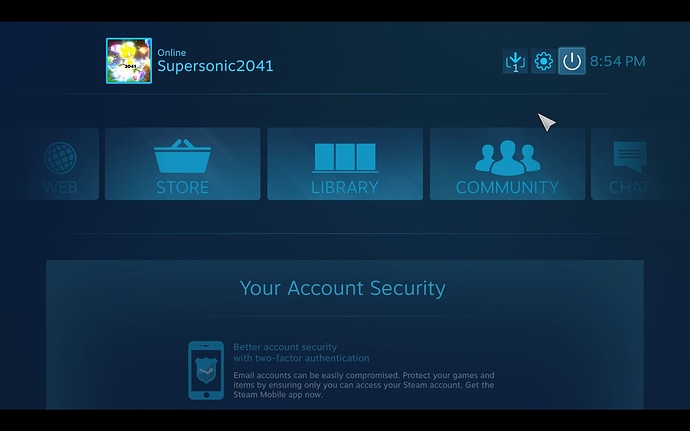 steambigpicture.JPG1680×1050 71.2 KB
(This is what Big Picture normally looks like in comparison.)

Looks like it could be a nintendo interface lol.

I like the blue you chose, and I do think some of the icons are stronger than what Steam originally had.

However, I wouldn’t really call your version an update.

It’s lacking finesse. The icons, imagery, and text are too crowded, and most of the elements are too large. I also don’t think things are that well organized. Design doesn’t just mean “looks”, it also means “how it works”, and I think you didn’t overhaul or help the “how it works” part in your redesign. The badge numbers on the top nav icons are way too small, and the nav icons are too large.

Also, your time and date information / top nav icons are all “kissing” the edges of the artboard, which is really not attractive.

What is Steam and what is its big picture mode? I’ve never heard of it.

It’s nice you’ve taken the challenge :).
I’d suggest when designing a page like this, there are a few things to have in mind, that might make everything look a bit more compact, but also easier for the user to follow.

Hope this helps as a starting point :). Would love to see the updates.

The arrangement is simple and easy to navigate, but it’s almost too simple, to the point it kinda lacks personality. Perhaps seeing how it changes as a user interacts with it would change that, but as a flat image it’s very plain. The icons are huge. I feel like they’re trying to punch me in the face.