Hi all,
Kartik here. I don’t have any idea about what are the specs needed in a laptop to start with designing. I am eager to learn. I had gone through previous topics related to laptops but not sure. want some suggestions…

I want to explore about 3D rendering, want to do something in animation & annotating in 3D volume. My budget is somehow around 70K INR(USD 850).

while searching for different options available i’m confused about what to buy an apple will suffice or have to look for windows based OS. Although Macbook air is out of the budget.

then in the processor, which will be better Intel core-i7 or AMD ryzen 7?
besides that I’ve sort out that the RAM will be 16GB (can be upgraded to 32GB), 512 SSD. but i am not sure about the GPU things.

in case of Dell,
the Ryzen 7 will give me AMD® Radeon™ graphics. but not sure how it gonna help me in the visualization with ryzen 7. 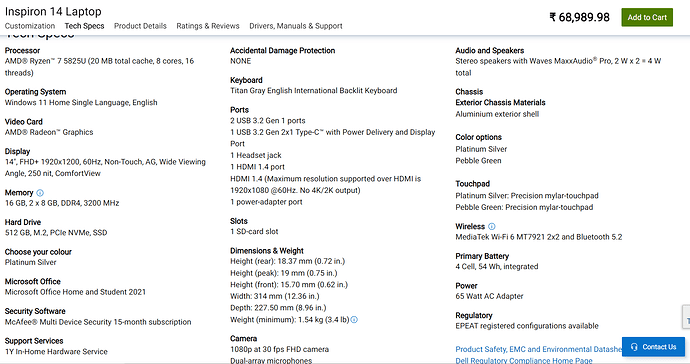 in case of intel i7 i am getting intel® iris® Xe graphics. in case of i5 it is both NVIDIA® GeForce RTX® & Intel® Iris® Xe MAX. 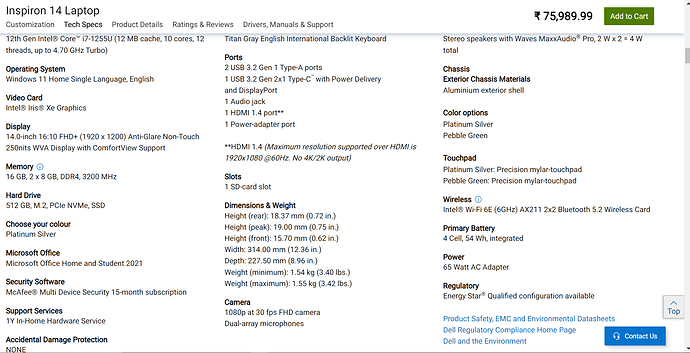 in another lenovo, with ryzen 7 the video card is integrated. 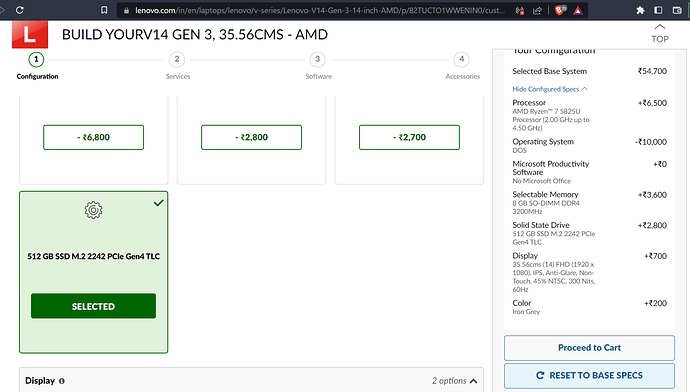 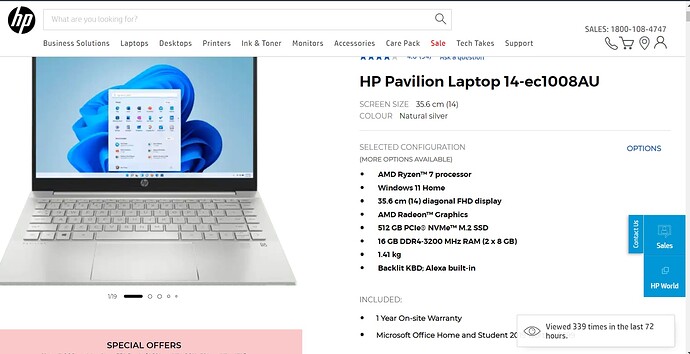 besides that if you know any custom built laptops in this range kindly suggest me.

Best processor you can afford. This is a benchmark list of mobile processors like Turion, Pentium M, Core Duo, Core 2 Duo, sorted by performance.

Lists the processors and ranks them so you tick beside the ones you found and hit the compare.

I’m still confused about the graphics card. will a integrated AMD Radeon will sufficient or will have to choose the intel core i5 with NVIDIA® GeForce RTX®.
is it better to look for gaming laptops(less battery back ups & heavy weight)?
I’m a beginner in designing with no prior knowledge want to explore 3D rendering animation. will I able to do it?

That will require more power than a regular laptop. I’m hesitant to recommend the M1 or M2 Macs here because you are looking at Windows machines, these Apple laptops might be your best bet.

Due to my budget, I can not think for Apple laptops. while comparing the RAM & hard disc upgradation, Windows laptops can be configured more conveniently as compared to Apple laptops. I have some lab related computational work also for which I will prefer windows laptops. besides that someone told me in Apple you have subscribe the related package whereas in windows these are some how cheaper or can get a pirated one (I don’t know exactly

A friend of mine does 3D work in blender for various purposes as a side gig. Based on his experience, I would not recommend less than a high end intel i9 (or AMD equivalent) 32GB (or more, ideally double that) and at least a modern gaming GPU, not more than 2 generations old. Something like nvidia 2070 super, nvidia 2080, nvidia 3070 etc.

You’ll also want to be running the OS and software from a pretty speedy solid state drive, something like an m2 nvme or at worst a regular SSD.

He runs an nvidia 1080, which is pretty old but it does chug now and then on some of the rendering I’ve seen him demonstrate. Thus my recommendation for newer GPU’s.

Unfortunately, to get all of that in a laptop formfactor is going to be far out of your budget. His ‘starter’ machine was an HP zbook detachable tablet-laptop that cost him about $3500 USD 4-5 years ago, and it wasn’t up to the task so he built a desktop PC.

We do not discuss any pirating of software on this forum.

Please acquaint yourself with the Rules of the Forum before posting again.