"Logo" Design, I should have known better

I found a client on a website similar to upwork or fiver. Its been working out pretty well so far.
I came across the type of client who had:

worked with other designers she didnt like
found that most designers that came across her job would end up being non-responsive
and the classic: “When I got this back, I felt as if my son can do this an he’s no artist”
&
"I know what I want when I see it.

Everything she was asking for is against what a traditional logo should actually be.
It had to be 3D, it had to use the welding tools as the letters, it had to have realistic colors and she was super adamant about not having a cartoony look.

I knew I was dealing with the struggle of a client. I persisted on forgetting about upfront payments and contracts because I was too bust formulating how I would do this while I was on the phone with her.
I accepted the job and said i could do what she delivered however i explained i understood why she was in a difficult position and asked her to consider a logo not using the tools to create the type but using type to be type and using the tools as an accent.

She agreed, and i told her I’ll try to whip up a sample or so to show her an idea of direction I wanted to head in. I quoted her a price and she was distressed that she needed it done yesterday and I told her it could take about a week (charging her for this rush job).

This is what a previous designer gave to her, she was super unhappy about paying for this. 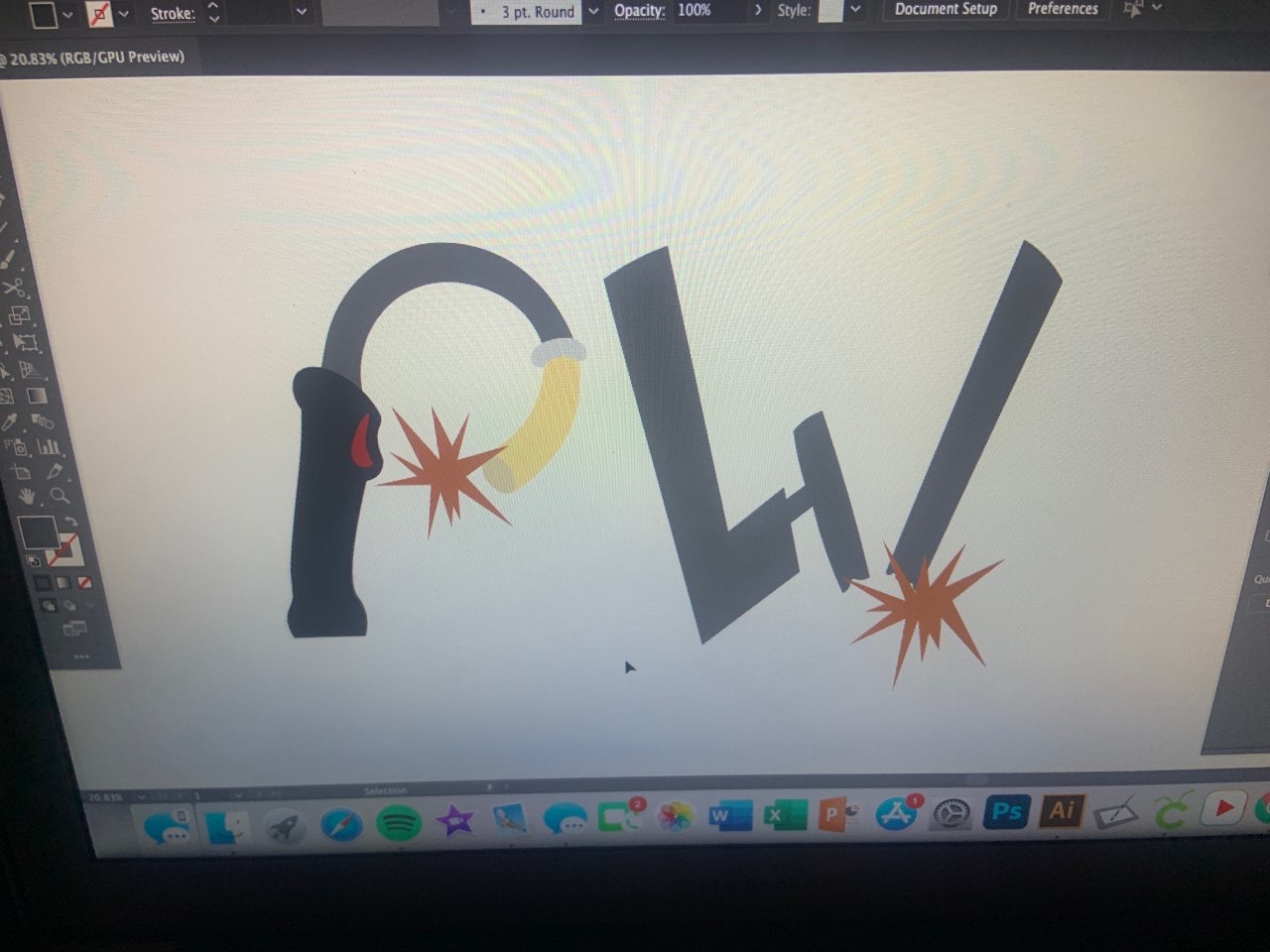 She texted me right before I send her this sample, so she never saw it. She cancelled the job due to a family emergency. I didn’t treat this like a normal logo and I’m fully aware of the limitations. I refer to it as, “The Welding Badge” 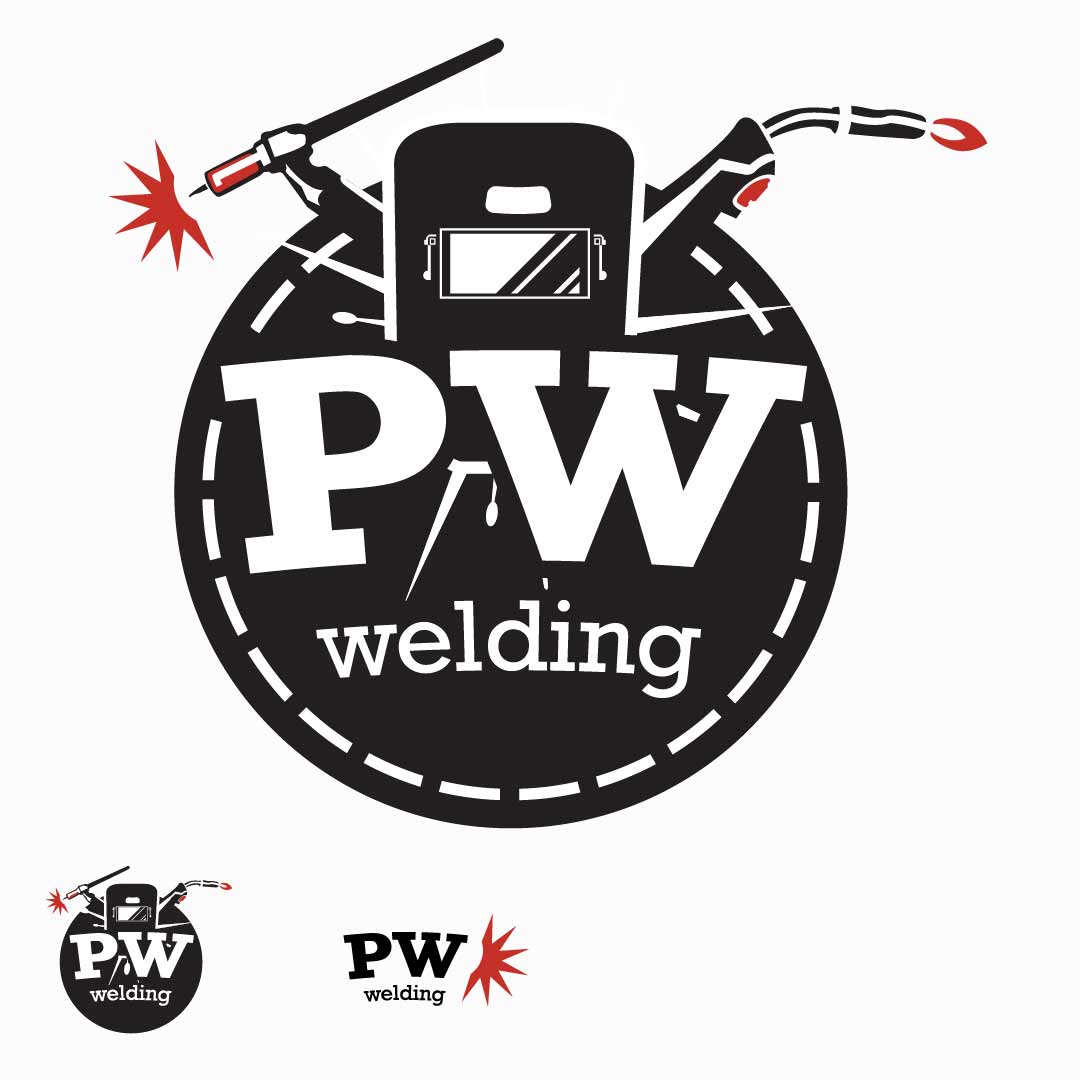 Are you looking for a critique?

I wasn’t entirely sure where to post this. I suppose a critique of my business methods wouldn’t hurt.

Never time to do it right, but always time to do it over…
So you did this work for no money?
This is the type of client you want at least half up front. With a story like that, especially.

Everything she was asking for is against what a traditional logo should actually be.

Yea I should have ran but I was going to try to see this through. I tried to explain why she may be having difficulty.

But her husband was set on the logo being made out of tools. Maybe I should be thankful it fell through.
Next time I definitely need to ask for half up front

Your logo is 1000 times better than that rough drawing

There are still issues with the logo presented here even though it is better than the original concept.
That “family emergency” was probably just an excuse to go elsewhere when you actually tried to put some thought into it.

I persisted on forgetting about upfront payments and contracts because I was too bust formulating how I would do this while I was on the phone with her.

It happens, but when you hang up, put together a quote/contract and email it to her, and make it clear you don’t begin actual work until she agrees to it and makes a down payment.

Never let a new client skip the down payment, and don’t do any meaningful work until you get it. It’s an important piece of client psychology. Make them put some skin in the game so they feel like they have a vested interest in the outcome. It will help root out people who are fishing for free work.

Never let a new client skip the down payment, and don’t do any meaningful work until you get it. It’s an important piece of client psychology. Make them put some skin in the game so they feel like they have a vested interest in the outcome. It will help root out people who are fishing for free work.

I think this rule is a wise one when working with smaller clients — especially new clients.

For midsized and larger clients, the dynamics are a bit different. The people you’re working with typically have little skin in the game — they’re just doing their jobs and following company procedures. For these kinds of job, a purchase order will typically suffice and is often the only way they’ll do business. When a purchase order isn’t doable, like with a job with an initially uncertain dollar bottom line, a contract will do. The accounting department in a successful company has little interest in cheating a designer out of a few hundred dollars.

I’ve also had smaller, longer-term repeat clients where I just don’t bother with advances or, sometimes, even with contracts. I trust them. They trust me. We keep things simple.

I’m so used to dealing with clients I just trust i have a small group of them. Not everyone is like them though. I never thought of a PO being created.

You dodged a bullet! You’re lucky.

If designers don’t do this and lead the process, they will be treated like this. And you teach clients how to treat you. (I know. I’ve been there, done that!)

Imagine if you hired someone to build you a deck and you insisted on telling them what hammer to use, what type of nails, etc.

Never change your process. It makes for a mess, a bad relationship and you won’t be profitable.

Designers shouldn’t want to win every job or client. The goal is to be profitable, not collect clients and projects.