Hello, i’m a beginner and i’d like some advice. Here’s my personal logo and I want to try it on differents backgrounds, but what happens if I try it on a background of the same color as my logo circle? should i change the color of the logo? 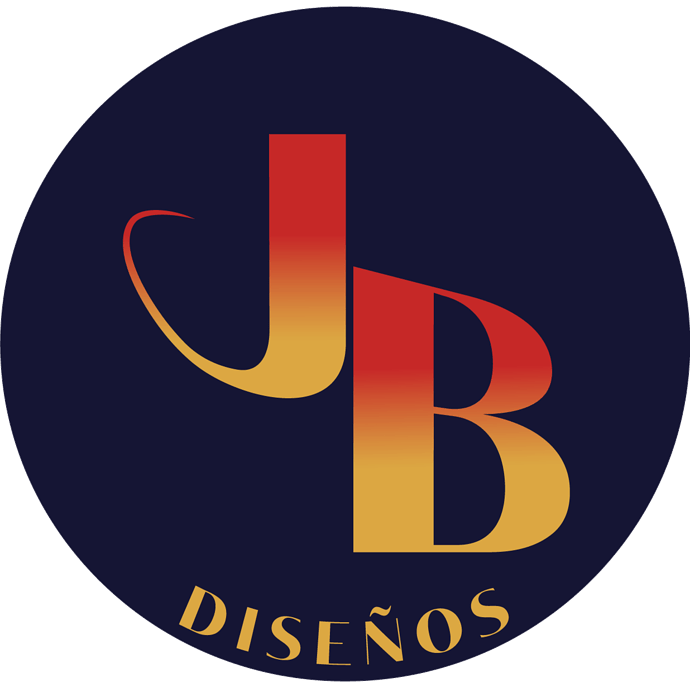 Also, I’m not sure that the typography of the description (diseño=desing) works in a smaller scale. I decided that maybe with the font Futura works? 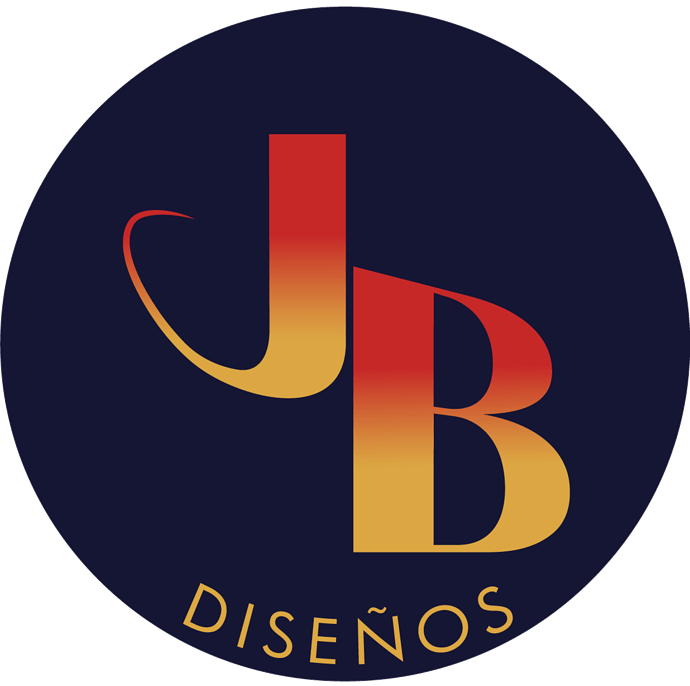 Thank you for all the critics

The forum isn’t telling me where you posted this. Are you a student?
Have a very good reason for distorting text. You can do whatever you want to the JB but you may want to pay attention to how the distortion affects the curves in the letters. That hook on the J looks awkwardly drawn.

The distortion of “disenos” on the curve just looks like a mistake.

Gradients are generally not a good idea in any logo, at least not the initial lockup. There are production issues with gradients in just about any output process, including print.

I’m a sign guy and have an inherent dislike of typefaces with elements too skinny to put an LED tape inside or that I might have to weed in vinyl. Given the choice between your two logo options, you are going to get an upcharge on a vinyl sign for the top one for the simple fact that those serifs are a)not going to want to cut at small sizes, and b) are gonna be more likely to tear off while weeding. Not to mention they will be the first thing on the sign to fail because of lack of any good amount of adhesive.

You can tell me you’d never do the logo as a real sign in any physical form. Hmmm. How often have I heard that? And how often have I had to deal with the chin quivers when explaining the facts of life after the fact?

The forum isn’t telling me where you posted this

FYI it took me a while to figure that out when we started with this software. If a particular forum isn’t chosen at the time of posting it’s placed in General by default. However, Discourse has it set not to show. So if it’s blank … it’s General

Here’s my personal logo and I want to try it on differents backgrounds, but what happens if I try it on a background of the same color as my logo circle? should i change the color of the logo?

It’s quite common to have multiple versions of logos for use in different situations. One of the most common reasons for this is exactly what you just mentioned — one for light backgrounds and a variant for dark.

hello, yes, i am a student but i’m not sure if i can change the place now? i can’t find where to edit the post.
anyways, thank you very much for answering, i was pretty sure the first diseños font wasn’t going to work, so maybe a bold font? Also from what you say of the distortion, i’ll have to change the place of the text.
There’s another take i made on the logo, should i do it on another post? it’s no more original but maybe it can work better.
and no, i’ve never made logo in a physical form, just printing and it was a wordmark, but i’m here to learn

…i’m not sure if i can change the place now

I changed it for you

Many years ago, I had a bank for a client. Their logo include a mark that was in a green circle. When the logo was printed on a green background, a white stroke was added around the circle. It actually looked pretty classy.

Apologies to the OP for derailing your thread so badly