As a beginner in logo design, I made this logo for a small social network made by a friend.
The network is without anti-free speech rules. 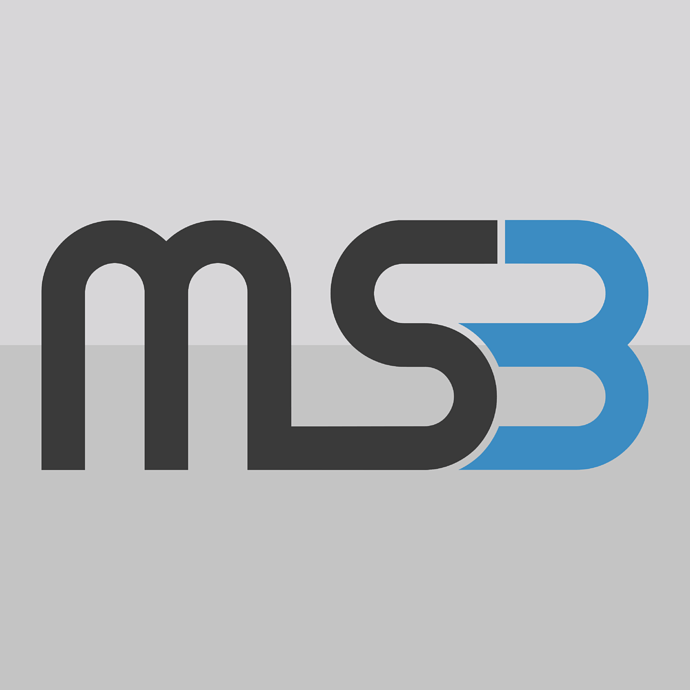 yep MS3
What are anti-free speech rules?
I’d like to get my popcorn and watch that after a few hours, LOL.

yep MS3
What are anti-free speech rules?
I’d like to get my popcorn and watch that after a few hours, LOL.

Blockquote
Well for example when you are banned for “hate speech” and regarding the logo I could add a vertical line to “B” so that the logo can be read as “MSB”.

It looks fine to me!

Welcome @Tahal_Bersobis! That sounds like a fun project to work on!

I’m going to be honest though bro and I don’t want to discorouage you or just cut you down:
Firstly: I think it looks like it’s trying to be futuristic, but it’s from the early 2000’s and as others have said, it’s not working - I think you’re trying to simplify everything by joining it all up to the point where it affects the legibility.
Secondly: I don’t think the typeface you chose works, it’s like something from the 70’s. - I would stick to something bold and san-serif from this list the represents what you’re trying to say:

I actually love the name: it’s so toungue-in-cheek and is absolutely awesome - I think you should totally own that, rather than trying to shorten it to a monogram or lettermark where that meaning gets lost.

I seriously think if you just wrote “MySpaceBook” in Akzidenz Grotesk Bold or Helvetica Bold it would be quite a nice logo, and people would instantly see the humour in it.