Hey everyone!
I hope things are going fine for you (I know that many countries are going back to normal but still, stay safe!)

Recently, I’ve had the opportunity to work with a client (a 15-years old business) from Korea. Formerly called Chang-il Coffee, after opening their third branch (in 2018), the business owner decided to rebrand themselves before moving forward with their next step.

This rebranding aims to redefine the brand’s visions, values, and to attract new customers ultimately. The brand switched from being its old strategy of delivering good coffee and competing through lowering prices to creating and providing customers with coffee drinking experiences, the focal of their tactics to differentiate themselves from competitors (I later learned that the coffeehouse business in Korea is one of the most competitive industries in the country and that some businesses put in billions just to increase 1% of their market share)

After researching and meetings, we decided to shift the focus onto three keywords: personalized, companion, and experiences. Based on these three keywords, we came up with the brand design principles which can be summed into: abstract, relatable, and modular. These principles further developed into modular graphic motif systems and various graphic systems, which all then come together into the final identity. You can see the final results below.

Since the explanation is a bit long, please consider reading the full details from the project’s Behance page: https://www.behance.net/gallery/122686445/my3pm-Brand-eXperience

For this project, I would love to hear your feedback on whether the identity suits the business’s aims, and if you are interested in the brand itself after learning about the identity’s development. Also, if possible, I would love to hear about your experience in working with clients whose language you are not proficient in (I couldn’t speak Korean well though I can read it to some extent, so it was nerve-wracking during the project. Have you ever experienced the same situation and if yes, how did you cope with it?) 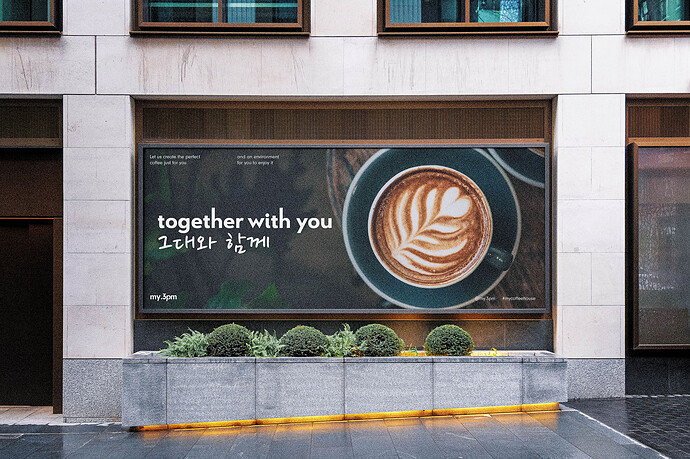 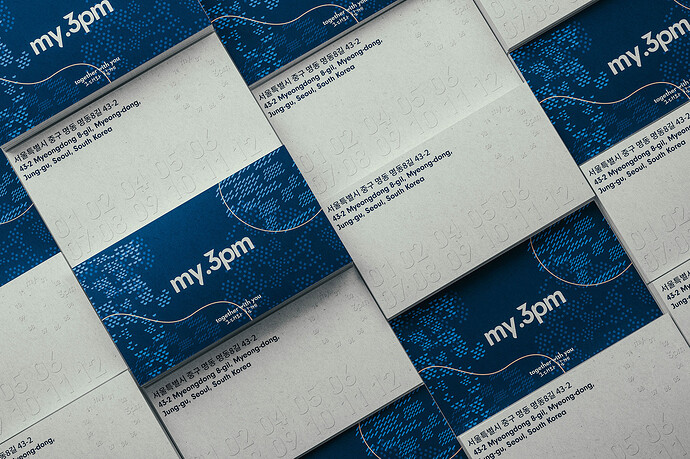 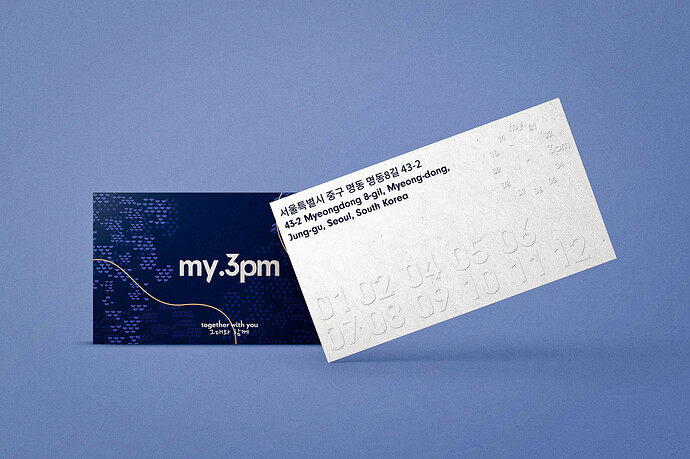 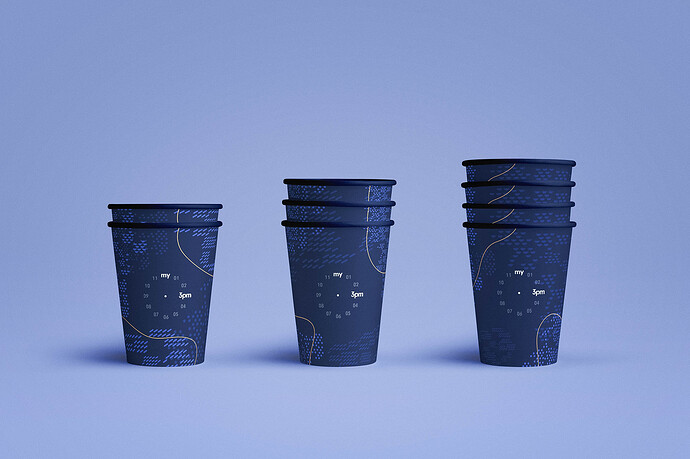 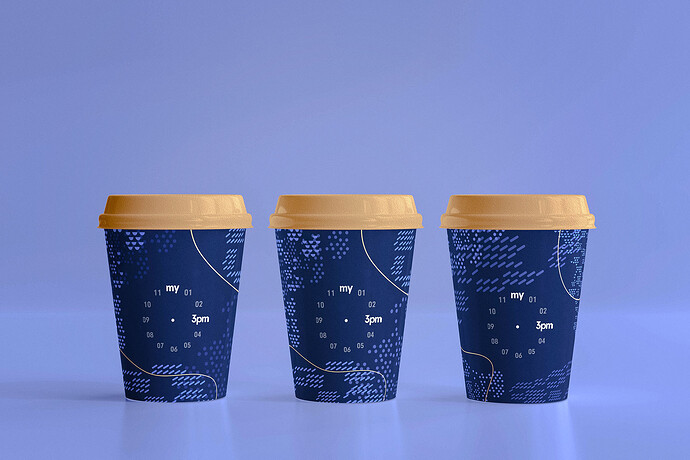 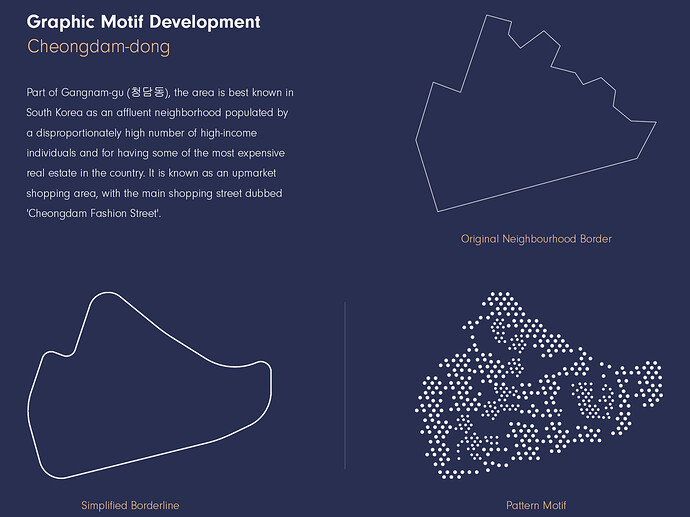 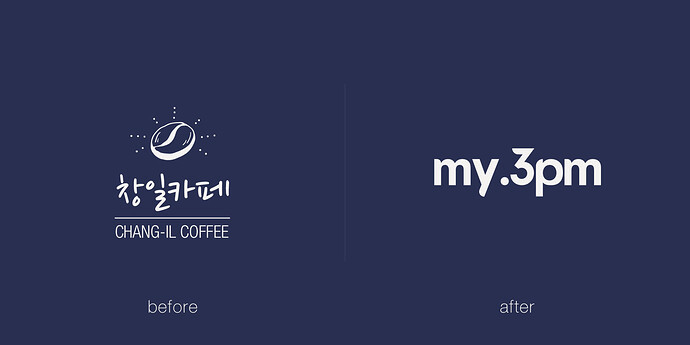 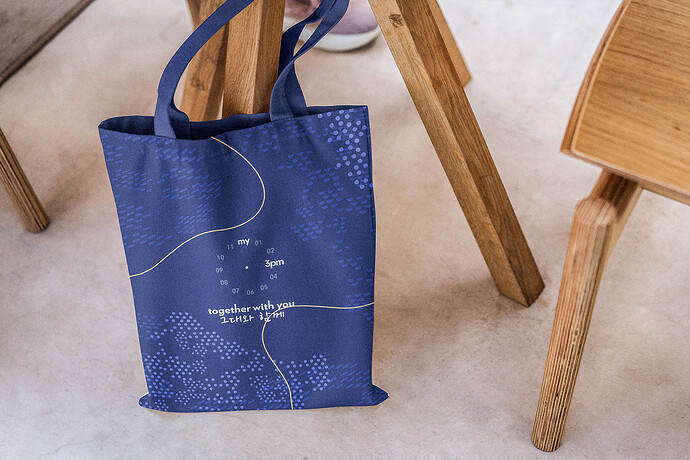 I read through the narrative describing the rebranding and the descriptive motivations behind it. The reasons seem based more upon conjecture and preference than empirical evidence, which can be dangerous.

In hyper-competitive markets, as with Seoul coffee shop customers, there’s room for specializations that focus on niches within the larger market. The rebrand seems consistent with a niche approach.

Just from casual observation, many customers do visit coffee shops before 3 pm. Many seem to meet friends there for an intimate get-together. Many also seem to regard the experience as part of the attraction. Not all customers fit this model, however.

I suppose my question is, was there supporting evidence for the supposition that this market segment is significant enough to carve out a successful niche? The owner likely had good gut feelings and personal preferences, but was any market research performed to support the new direction? Did you mainly concern yourself with how to bring to life the owner’s wishes? Or did you dig deeper into the problem?

I’m not suggesting a mistake; I like what you’ve done. I’m just wondering about the methodology.

Thanks, Just-B, for taking the time to read through it (it’s kinda long, so…).

For this project, I worked mostly along with the marketing team on the client’s side (there are only 4 members). The project did, as you said, begin with the business owner’s personal preference instead of hard empirical evidence. However, we did carry out market research, surveys, and small-group interviews with customers to determine if the idea was possible, and to further refine the idea for the long run.

If you don’t mind some missing information (due to NDA), I can share a few pieces of evidence that we were able to gather:

As you’ve observed, customers are usually divided into two groups: customers who like to buy a take-away cup of coffee and customers who like to enjoy their coffee inside the store. Different from other markets, the Korean market divide almost equally between the two groups: about 42% of the interviewed customers answered that they enjoy drinking the coffee in-store, while 58% of the customers prefer buying a take-away cup. Of the 42% group, most of the audiences are young working people who adapted the WFH model or are working freelance. Also, 1/3 of this group are university students who answered that a cafe is a good place for studying. What’s more, after a few follow-ups studies and interviews, we also discovered that for many Koreans, a cafe also functions as a point for gathering, or as a point for resting after long hours of shopping (this behavior is similar to that of the Japanese market, which I am familiar with). This is also why the stores were originally opened in three busy shopping districts.

So based on the studies, we find that the model itself is feasible (there is a good number to support it. If you are wondering, we conducted studies both on-site and through online surveys). However, the problem comes down to how we should position ourselves and which strategy should the business adopt to win over this segment. This is where we conducted multiple-session small-group interviews. From these interviews, we found that customers who like to drink coffee in-store usually don’t just drink coffee, but also order additional menus such as sandwiches or cakes. Surprisingly enough, about 68% of the interviewed customers complained that these side menus are usually not enough and that it would be better to add more items from bakeries so that customers could spend more time at the cafe. This led to a lot of different decisions that weren’t shown in the published project.

I hope this could satisfy your curiosity? On the reverse, I’m quite curious: do you think if this model would succeed in the Western market?

I’m quite curious: do you think if this model would succeed in the Western market?

My instincts say yes, but I have no market research to support it. The behemoth Starbucks seems to cater to both the in-store and take-out groups quite well. One difference between Korea or Japan and the US market might be the drive-up, suburban segment, which was already a significant consideration before COVID concerns reinforced it.

Thanks for answering my questions. They were exactly what I was curious about and very impressive. At my previous agency jobs, this is exactly the type of research that I loved diving into. By training, I’m a graphic designer, but it was always great working with clients who had the resources and desire to base design decisions and marketing strategies on analytical research rather than personal opinions and hunches.