I have a way out of control paper pad situation.

In the scheme of things it probably isn’t too nuts, but given my space it’s a bit of a bugger. They’re leaning against every surface and constantly getting knocked over.

In another life, when I was at college, we made these basic folios with a hardboard A1/A0 on each side, and about a 4 cm baton on 3 edges so you could just throw your pads & documents in and out. Crude but really handy.

Does anyone know if you can buy something like that? Basically a very slim box, A2+ open on one edge? 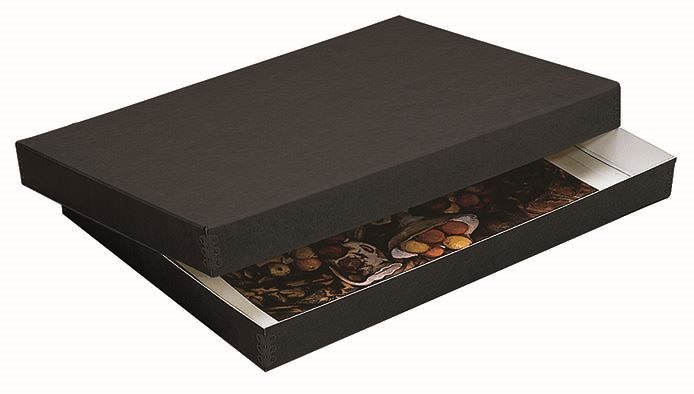 Paper storage boxes are designed to store international paper sizes A1, A2, A3 and A4 offering long lasting archival protection.

Hi. Thanks for this. Close, but not quite.

These are made from paper, and so will get knocked around & the corners damaged. Also as is, the way they open is no good.

But imagine one of these, no lid, three edges closed & one of the long edges open, and that’s what I mean. That can be stood on it’s edge behind a door, or against a wall, and I can just slide my pads in and out. Where I have more space, I could stnd two side-by-side, but they have a very slim profile…

And made from something tougher, like plastic or hardboard/ply.

The ones we made at college were exactly as I’ve described above. I figured they must have got the idea from somewhere… thanks

Do you have to keep the paper pads? Can you digitize the contents and get rid of them? 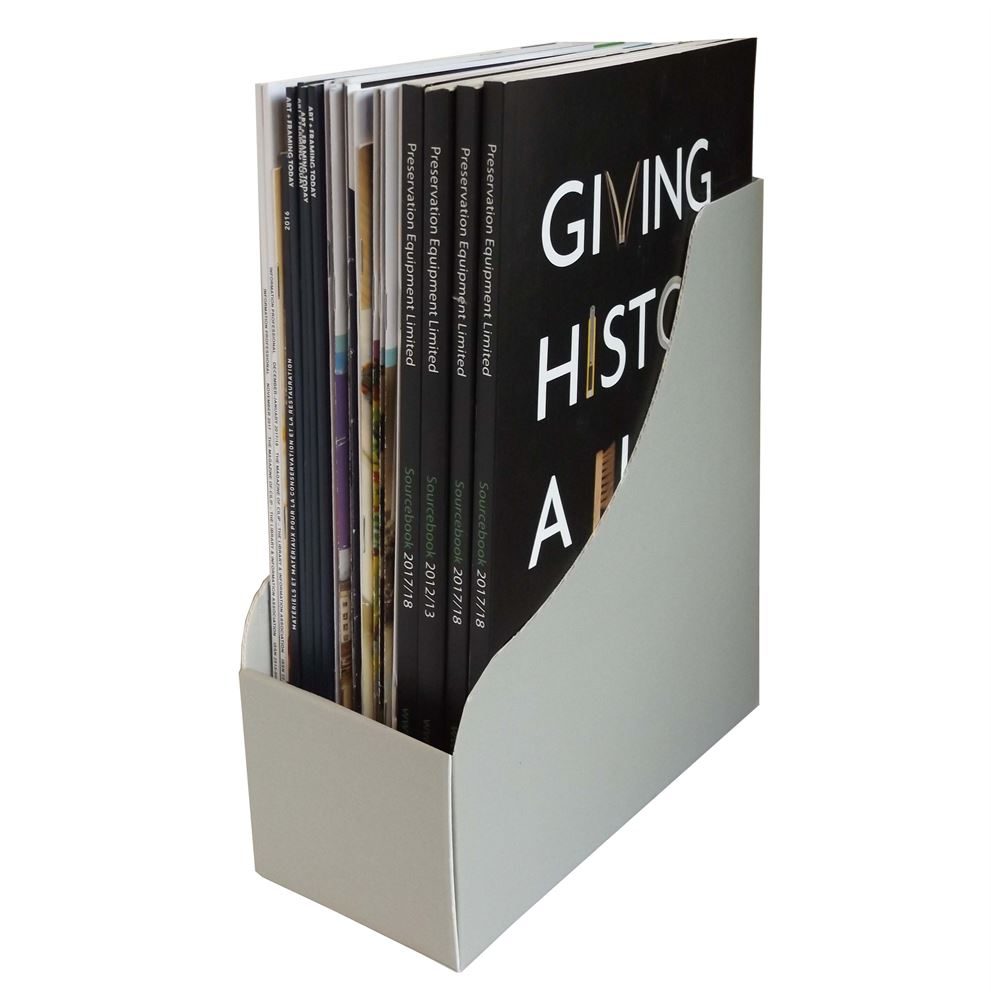 Nah, defo need to keep them, they’re mostly unused sketch and marker pads. Any finished pages I really want to keep, I store in folio cases with individual clear slipcases… and stuff less important gets binned.

No, like a very thin box, A1/A0 sort of size, maybe a couple of inches thick, walled in on 3 sides with one open.

Basically like a massive archival box, but it doesn’t open like a book - like the ones above - its opening is one edge and it’s always open

I’d just call a few local stationery stores or office supply depots if I were you.

Check out your local Staples, Costco, Ikea and so on.

Dammit. You just beat me by mere seconds. or this or this.

I’d look for flat filing or drafting storage to find something that may work for you.

Again, kinda, but imagine each tray was self contained (ie had a lid) and didn’t cost $200

Tape the box shut and cut one of the side flaps off.
Or go to a Fedex store or similar and find a flat shipping box that works.
As my grandma used to say, “Beggars cannot be choosers.”

Basically like a massive archival box, but it doesn’t open like a book - like the ones above - its opening is one edge and it’s always open

but imagine each tray was self contained (ie had a lid)

So, you are sort of looking for a slipcase?

This isn’t particularly fancy, and it is set for 12" x 18", but maybe you can remove the center beam, but it still isn’t deep enough.

If you want something your own size, you could probably create something on your own, a flat file rack I would imagine is fairly straightforward (then again, I’m not a carpenter.)

Some of the first things I purchased after graduating many years ago was a couple of oak flat file cabinets and a tall metal business office filing cabinet. They weren’t cheap, but I still have them and use them.

I bought them back in the pre-digital days when various types of paper were much more important than today and were an essential part of every phase of graphic design and production. In 2023, I open those flat file drawers much less often, which makes me wonder how or what you’re doing that makes paper and paper pad management so challenging in today’s digital world.

I have all kinds of pad bound art paper here in my office. It sits unceremoniously stuck between two filing cabinets. Since it’s only used for prototyping, clean and not faded are not important. I used to have a flat file I kept the paper and active job proofs in. But it was given away.

At home, art paper is kept in a secretary drawer. It’s a nice wooden unit I’ve had since the early 80s. Something similar to this, though not quite as beat up. 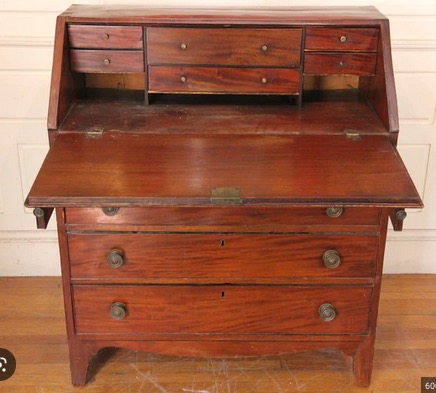 A storage solution for A2 pages, this desk tidy is sure to keep a busy desk tidy and all within arms reach.   SPECIFICS:✸Features: 【Comes flat packed】- All parts of this unit comes in pieces and will require some DIY though not a lot, just grab...

Now imagine you’ve glued it closed, so it has no openings.

Now, imagine you cut out one of the long sides, so it’s closed on 3, open on 1. No tabs or flaps, just open.

That’s the box folders they had us make out of hardboard & ply at college. You’d just chuck your artwork in and out. Very crude but effective. They stacked them on top of each other, but I’d have mine standing up.

I’m basically wondering if anything like that exists to buy, out in the world, made of plastic of cheap wood…

Hope this explains it a little clearer