Please Crit my Logo Design , how can I improve?

Hai,
im new member here, and i just make a logo design for architecture company. please crit my logo design, i want make it more timeless logo. what can i do ?

hm you’re using 3 different fonts in only one logo. I’d use one of the font above for the information beneath… And I’m not sure about the type mix. Google font is a great help for font mixing.

Hai, the logo could be greatly improved, both technically and aesthetically.

First the typeface you’ve chosen for living is poorly designed and constructed, with non-uniform strokes and a strange and badly drawn round ear on the g that draws attention to itself. Find a better-designed typeface.

Second, as Juice alluded, two different, yet very similar sans-serif typefaces rarely work together given that they typically clash with one another.

Third, as EB-comix mentioned, since you differentiated Jetta and living with two separate typefaces, it would make more sense to begin Living with an uppercase L, as you did with Jetta. Then again, you probably can’t change the spelling of the company, in which case the whole notion of typographically separating and distinguishing Jetta from Living seems inappropriate.

Fourth, the logo is rather bland and lacking in personality. You’ve mostly just typed out a word and left it at that. A logo should be distinctive, and there is plenty of opportunity in a wordmark to customize the glyphs to make everything fit and flow as a cohesive unit rather than just a series of typed-out letters. For example, the lowercase v causes negative space inconsistencies (an inherent problem with v’s, but one that needs to be addressed in a wordmark). Also, the two t’s lend themselves to a ligature rather than two separate glyphs.

Fifth, it’s generally a bad idea to space out lowercase letters. Sometimes, in some instances, it can work — usually, it doesn’t.

Putting a house next to the word (assuming this architect builds houses and not “spaces”) is about as cliche as putting a computer and a lightbulb in a graphic designer’s logo. After all, it’s all about using the computer and coming up with bright ideas, right?

I dont think so, that depends on the house structure.
the Logo needs some graphic, so I figured a house.
My first thought was a blueprint or T-square.
anyways
the logo just needs a graphic- cliché or not.
we can’t re-design these projects in detail for these people every post.
we are just here to help and grow.

Research is step #1
Here is a list of the 10 most-followed architectural design firms.
See any houses?
Bear in mind the person offering the critique is a graphic designer, not often the demographic market of the architectural firms involved. 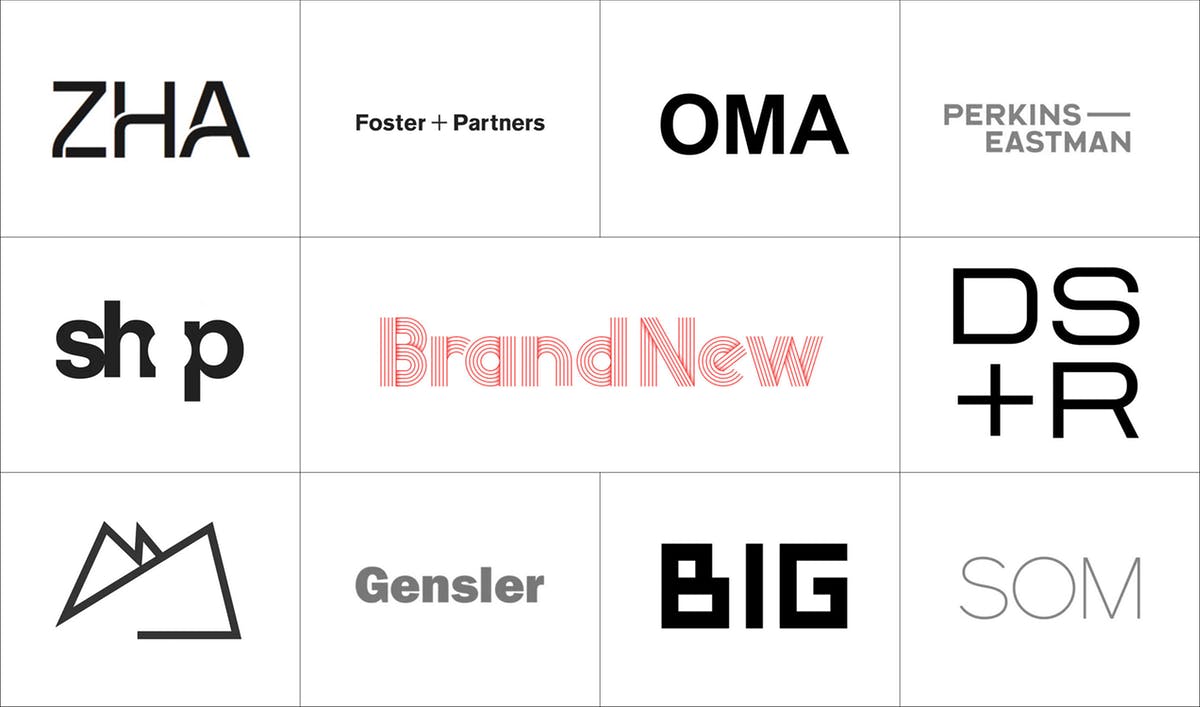 Logos are the cornerstone of branding, presenting the uniqueness of a company through its visual representation. Choices in color, font, sizing, etc. are all indicators of the values, services, and type of company the logo is defining, and the...

alright, you win!
art is supposed to be subjective and that was just an idea to spruce the logo up.
can we close this case for the house?

art is supposed to be subjective

Graphic Design is not Art and is never subjective. Or at least the creation of it anyway.
For every element in a design, there is a considered thought process. “Because it needed something pretty” is not a sufficient reason to embellish a design.

One of the hardest lessons a Graphic Design student runs into the first day on the job is, after 4 years of doing all kinds of creative things in college to please themselves, and sometimes the professor doing the grading, they discover that the job is not at all about THEIR art. It’s all about what is required to sell whatever the client is selling - to THEIR clients. Creativity for the sake of creativity doesn’t cut it.
Some find that out far too late. Should be taught the first semester of classes.

i want make it more timeless logo. what can i do ?

There are lot of online tools in online and example images have. That logo looks also good. But could you provide capital letter of “L” its looking good.

You might need to adjust your thinking on that, or at least the word you’re applying.

Graphic design is a transaction between the designer and the (client’s) audience “Timelessness” is an attribute ascribed to a design by those on the receiving end of that transaction, not the delivery end. And for that matter, it can really only be applied retroactively; after some time has passed. You can’t intentionally perpetrate it, and something you just made can’t be “timeless,” let alone more timeless.