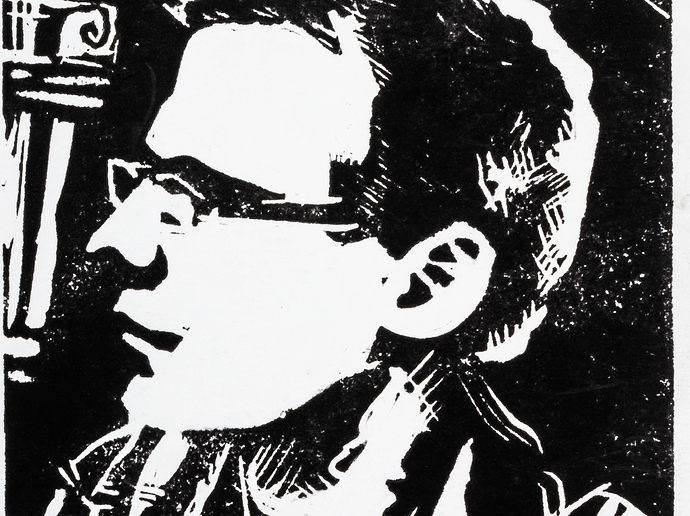 In need of Logo design, motion graphics, branding or illustration? Look no further than this southeast Michigan designer.

The main objective I’d like to get out of this critique is feedback on the content I display on my website.
I have an issue with the organization of the site itself, as it goes from Printmaking to the next panel so on and so on.

Print & Layout is not the strongest section. I think my gut is correct when I think that “Your Book” isn’t a project I want to display on my site, but I don’t have a lot of print & layout for the project.

Alot of my content is too similar: posters, digital posts, logos, and such. The feedback that is important to me would be anything I can remove or add to strenghen the portfolio. The objective is to get a graphic design job, and after months of search I still haven’t had any luck.

The feedback that is important to me would be anything I can remove or add to strenghen the portfolio.

What you’re asking for is exactly what you should be asking for. A lot of younger designers and recent grads want to show everything. I get it. It’s you’re work, and you should be proud of it. But many portfolios could be enhanced by eliminating work.

Since you say that you have issues with the organization, I won’t touch that and instead will focus just on your work.

Your Book – I agree that this is probably not your strongest piece. However, before giving it the boot, do a better job of mocking it up in such a way that it looks like a book. Use something like this mockup from Shutterstock and see how it looks.

The Root – On the surface, it looks okay, but it doesn’t really communicate that it’s a thyroid webinar fast enough. You could redesign, okay to keep the look and work on the copy / hierarchy / messaging, and keep it in.

Core Career – Again, it looks nice on the surface with nice, modern type. But I think you need to present more in a mockup format to help convey what the reader is looking at.

Woodcut Illustration – Nice, but move it to the illustration section.

Salad Menu – I think you can do better with this. Either give it the boot or redesign. Just a little on the boring side as it stands.

Parent Action – That’s a nice looking logo. Dod you use Divi to build the site? I don’t think you need two video samples. One would be sufficient.

Hamtramck Series – I have no idea what the type on the top of the strawberry logo is supposed to say. So that bugs me. Overall, I feel like this is a solid effort, but maybe not quite ready for prime time. Another candidate that would be worthy of inclusion if you spend some time to polish it.

Ope – I like how the die cut label forms a wine glass – nice! I think this is worthy of including, but the presentation could be polished up.

Smooth Mix Branding – Couple of things going on here. The posters are okay, but I don’t think you need to show four. Show one, if any. The VLK Tech seems out of place here. The Smooth Mix logo is nice and worth keeping.

The three takeaways: refine / redesign the pieces that need it, elimination of the inessential, and work on showing the samples in a mockup format.

Once you do this, put the remaining samples into one portfolio collection, and I think you’ll have something considerably stronger than what you have now.