What are your favorite YouTubers?

I recently started watching Logan Paul’s channel on YouTube. His content is really amusing. Why haven’t I watched him before?

And then I found this article about most popular YouTubers https://howsociable.com/charts-youtube-top-youtubers/. I have much to watch now

What are your favorite channels? Are they in the list? Maybe, you can advice someone less popular with less ads.

I don’t follow – nor have I heard of – any of the channels on that list. My mind is blown at the earnings figures. I wonder how accurate those are? I do follow quite a few YT channels – actually, I need to pare down the number of channels I follow. Most of them fall into one of the following categories: design, web development, photography, politics, cooking or religion.

Yeah, the figures are mindblowing. I can’t even imagine what I would do with that much money.

I’ve never followed any YouTube channels. Typically, when I watch something on YouTube it’s because a search for something I’m looking for led me there.

I have noticed a huge increase in quality and production values over the last several years, so it’s obvious there is money to be made. Until recently, I’ve always regarded YouTube as something of a cesspool of garbage, but even that seems to be changing (at least when I’m able to ignore the comments people make).

I mostly watch food-related channels. Never watched anyone on that list.

I never watch TV, but I usually have music on Youtube in the background. Lately I’ve been getting into “The Temperance Movement”. If you like classic blues based rock and roll, they are very good and the singer is amazing. The song “Only Friend” made me an instant fan. It’s 6 years old but they have a 2017/18 release also.

I’ve heard of most of them but refuse to watch them. I’ve seen a few Jenna Marbles and I’m sure she thinks she is far funnier than she is. Why so many adore her is beyond me … but how any of them get so wildly popular is also beyond me. I used to watch a lot of Pewdiepie. He was actually quite funny at times. I’m surprised Grav3yard girl isn’t on the list. She has made so much money she has bought herself a mansion and a Tesla and a few other new vehicles. And didn’t have to worry about selling her old house … she still films there at times. I used to watch her … devotedly … now the richer she has gotten the whinier and more needy she has become. Every other video is Whaaaa poor me… people are mean to me in comments … whaaaaa. Then the compliments and encouragement come rushing in. Logan Paul about makes me ill … so I no, I don’t watch him

I watch Jeffrey Star now and again. He is a complete nut job … but amusing to watch at times.

That’s about it for “big” names. I watch them rarely now.

However, I love Emmy made In Japan and religiously watch Good Mythical Morning with Rhett and Link.

I watch a lot of food and crafting channels of wee babes of Youtube. Some only have a few hundred subscribers and I love that.

I loved watching Phyllis Stokes. She and her hubby were in their 80’s from South Carolina and they would tell stories of growing up in the 50’s and share recipes and show you how to make them. They gave a lot of life advice as well. They were the sweetest couple. Earlier this year Phyllis was diagnosed with cancer and while she was getting that under control her hubby, Mr. Bucky passed away in his sleep. She has given a few updates a while back … but it’s been months since we have heard from her.

I also love watching Jen Of Eve Designs. She is the brain behind a lot of my crafting. Also LorriMarie Jenkins, Turtlesoup Bead, Food Wishes, a few ASMR channels. There are tons more … but I doubt you want to hear them all

The song is really nice. Going to listen to it on repeat in my car today

I think Jenna Marbles was funny. A looong time ago. I watched her at the beginning of her career (can I use ‘career’ here?

) As for me, her problem is that all the videos are almost the same.

Never heard of Phyllis Stokes, but the story is sad and depressing. I feel sorry for her, a great loss.

I also like watching baking tutorials now and then

The only one on that list that I have heard of is PewDiePie, and that only because he was outed as a racist anti-semite. In the light of this, I am surprised to see him on the list. 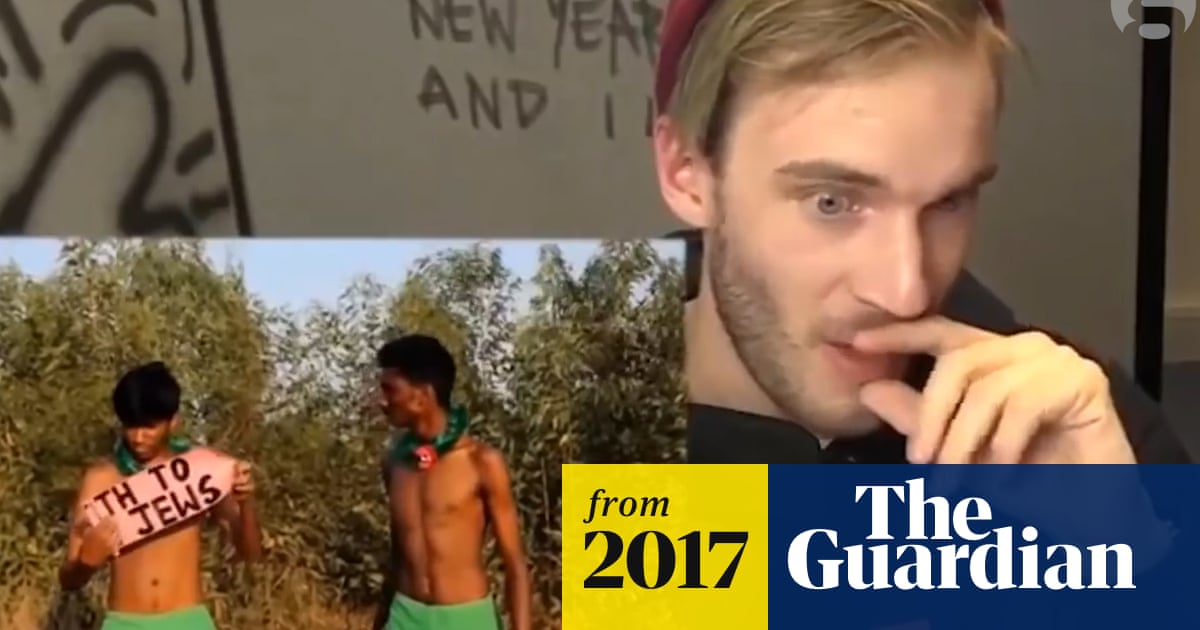 The rest of them - teenage humour and beauty tips - simply don’t interest me. The fact that any of them can earn the amounts shown is indeed staggering, but hey that is the world we live in.

I mostly subscribe to artists own channels and some film channels and German TV but these are a different animal altogether.

One favourite of mine (being a musician) is Rick Beato’s What Makes This Song Great, where he breaks down the structure of classic songs to dissect the intricacies of it’s construction. Fascinating stuff.

Trust me … they have all been “outed” for saying something stupid, mean, insensitive, bigoted and so on. They all apologize profusely, even with a tear or two and all is forgiven and life goes on. Outing in the new black on YouTube … and any social platform really. People salivate for it. “Who’s next?” (Insert pic of wolf with big eyes and a dripping tongue)

Not defending any of it … but, I wouldn’t for one second lay myself over the coals of today’s crowds. Someone will dig until something is found to exploit. ‘Cause we all got somethin’

Isn’t that the guy who filmed a suicide hanging in a tree??

Yes, it was him. I didn’t know about it until you wrote your comment. Terrible.

If you are referring to Logan Paul … then yes. That’s why he makes me ill. His insipid smile while acting all “oops… I shouldn’t film this” and feigned shock was beyond disgusting. They were literally hiding behind their hands, hiding their giggles. But, good old Youtube left it up for 24 hours amid report after report of him filming a body in suicide forest. But, we should all believe YouTube when they say it was not their intent to leave it up to gain revenue. They had to investigate before pulling it down … choke wheez … sure ya did. I uploaded a video a few years ago with a song playing in the background … I had no idea it was even on the video. I was emailed immediately and got a big notice right on Youtube that if I published it I would be in violation of copyright. I’m a freaking no-name, no-body and they were on me like flies on poop in mere seconds. But, this child brings in millions of dollars … hmm… what could be the difference???

I think the only YouTube artist I can say I ever watched for any length of time was Lindsay Stirling.
But now I only ever go see her live performances. Her YouTube stuff is too electronic gimmickry.

Cool, recently linked up with Gareth Roberts on Linked in.

For Graphic Design: TheFutur, Zimri Mayfield, Will Patterson, PHlearn… ect.
For General Watching: Shane Dawson (he was the first person to make $1M from youtube)- his content is really interesting I think
Jenna

Each has short tutorials to “do” a thing as well as long tutorials delving into advanced uses of tools and totally original techniques.