What is the best PC for Adobe programs?

I am sort of self-taught with graphic design and always buy the cheapest PC I can find. (never really got into Apple). I’m a broker and regularly use InDesign/Photoshop.

I know I could likely spend an extra hundred or two bucks for something with better RAM or whatever is needed to process graphics. I’ve been getting into editing videos lately too and so I wanted to ask the experts what yal think. Thanks!

Oh and also, I’ve been using Adobe Premiere Rush for the videos, what would you recommend?

No specific recommendation, but get the most RAM, the most processor horsepower, the most storage you can comfortably afford without going into debt.

What’s your budget? Desktop or Laptop? If desktop - do you have a monitor?

Windows PCs - you can buy them a lot cheaper than Macs and have better specs than a Mac.

Video editing is the most graphics-intensive thing you can do on a computer. You need to maximise everything. I’m pretty sure any cheaper options for size/speed of CPU, RAM, GPU, HD/SSD, etc. will nerf things greatly. You will need fast storage dedicated to scratch disk usage and mountains of file storage space. Terabytes rather than gigabytes. You will probably need 2 monitors, at least one which should be colour accurate.

The best computer for video editing

Other Best Of lists are available …

It really comes down to budget - if your budget is endless then yeh go for a Mac and top it out with everything… won’t really matter i your budget is anything.

That’s the good thing with buying Mac - it’s straightforward - even if it is pricey.

You can get that same spec computer that Mac has for well under half the price - but it’s bothersome for people that don’t know how to.

I wish buying a PC was as simplified as buying a Mac.
But too many PC players.

The best computer for video editing in 2021

We review the best computers for video editing, for any budget. 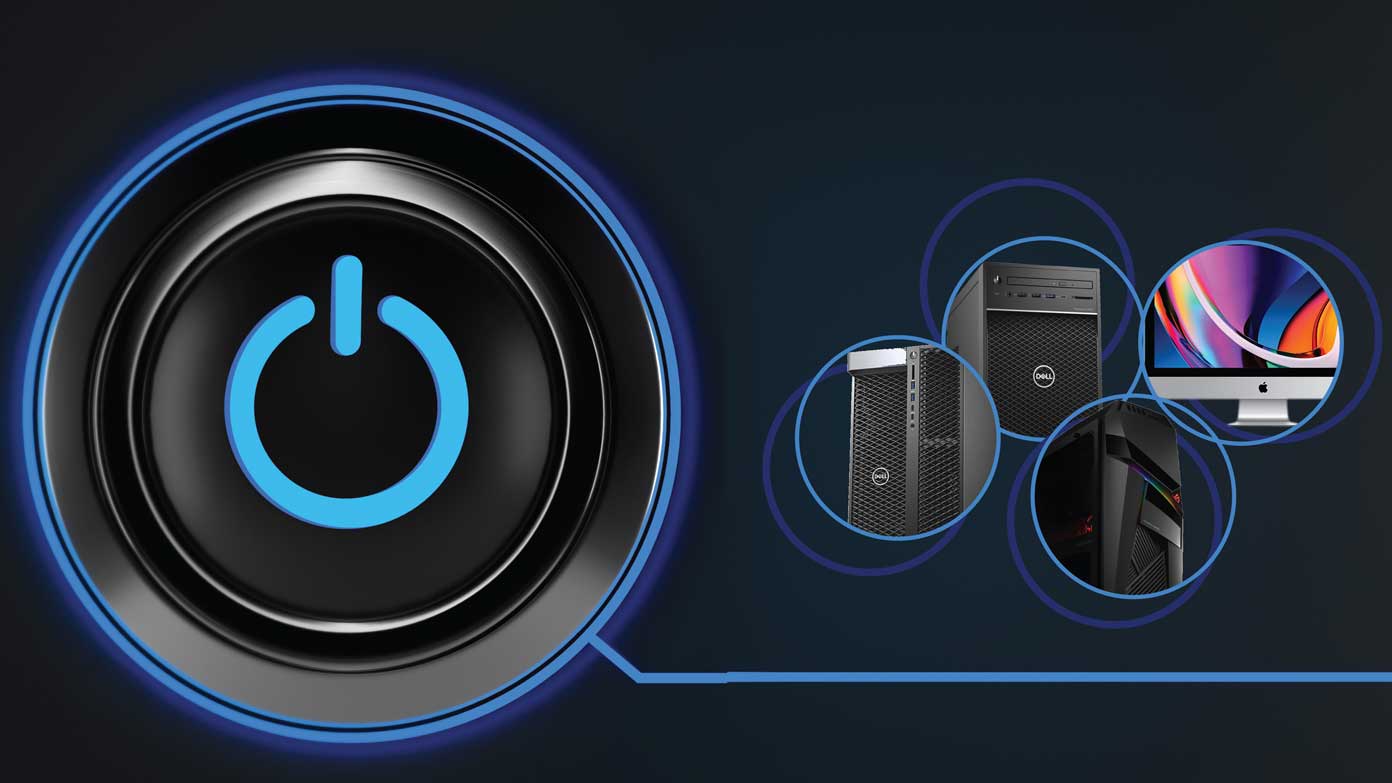 An efficient editing workflow depends on a solid editing system. Here's a look at the best desktop computers for video editing.

We had ours built by Puget Systems, then added Eizo monitors.
Their website has a “Recommended Content Creation Workstations” page to help you out.

What is your RAM, HP & Storage?

This is a great question in 2021.
My recommendation is “just get to working.”
I come from a IT/Network background and those who know this are always asking me for recommendations. My answer is always the same, stop worrying about “the best,” because next year there’s something better.
Just look at the recommended specs to run your software, then look at your budget, and purchase the best machine you can. Im sure there are people out there that can design things better on a Pentium 3 PC than I can on my new MacPro!

With that said, make sure you buy a Mac😂

You were doing good til the last sentence. LOL
In another thread we’ve been bemoaning Apple moving ahead with their M1 chip and OS11 before Adobe is ready. Apple’s Rosetta better be up to the task. I’d wait until after the M1 chip is established and the software catches up. And right now a desktop unit that costs $6K minimum is still running 2013 tech.
But hey, Bleeding Edge all the way, right? (so not.)

With that said, make sure you [don’t] buy a Mac😂

It’s more preference than anything else. I learned everything on a Mac. When in college I was forced to learn the Windows OS and Server.
It’s not the hardware that houses Windows that I dislike (mainly bc Linux can live there) it’s the Operating System Microsoft uses.
I would enjoy seeing what most graphic designers prefer however. Every firm I’ve worked for had mostly Mac, with a few of the coders using Linux as a VM.

I’ve had jobs where I’ve needed to use Windows. I even have an old Windows machine here that I use for testing various things.

It’s partially due, I suppose, to using a Mac from almost the start (mainframe apps and DOS before that), but despite me having learned dozens of different applications and no reservations about doing so, there are a few applications that I just flat out dislike because I personally find them to be so bassackwards, counterintuitive and awkward that they slow down my productivity to a crawl while upping my frustration level and blood pressure.

Oddly, these are software applications that the rest of the world seems unable to do without: Windows, MS Office and WordPress.

That said, I have no arguments with people who prefer these tools. They’re just tools, and whatever tool works best for someone is fine. To each his or her own, I suppose. I’m just glad there are choices. I’ve love to ditch my Mac for a cheaper alternative (I already prefer Android to iOS), but I suspect I’m stuck with the MacOS forever.

Short answer, the best PC is one you build yourself - or have built for you, if you don’t find high-stakes legos fun. A box PC will save you work in assembly time, but to make sure you’re getting what you need you have to know what you want anyway, so you might as well have it built rather than try to find a best fit.

If you’re doing video and photo editing, the two most important parts are going to be your RAM and your Processors. You may want to have a dedicated GPU, but a beefy enough CPU should function fine.

To briefly explain, the Processor is “processing” everything you do - it’s running the equations and the math that makes the programs do what they do. If you’re doing any filters or rendering, you want as big a processor as you can justify spending on. a GPU is a Graphics Processing Unit (as opposed to Central Processing Unit) and is dedicated to processing imaging and sound, which is why they’re often packaged with G A M E R styles. The RAM is “random access memory” and is basically where your computer puts all your history - when you use cut/paste or undo, it’s pulling that information from your RAM. That’s not the only things that it uses it for, but those are the ones that will concern you. And if you’re cutting and pasting parts of videos in editing software…yeah, you want a ton of that. Good news is RAM is one of the cheapest parts of a PC.

After those two are taken care of, most everything else is just accommodating those two pieces and making sure they can do what they need to do.

And as far as OS goes? I prefer Windows because it’s what I grew up on, but having used both, honestly, it’s just a matter of what you’re used to. So many things are “The Same, But Slightly To The Left” between the two (I’m looking at you, Command/Control buttons).

In short, if you’re buying a box off a shelf, Macs are never bad - but if you take the time to build it out, you can get a better PC.

@Kaegro if you like messing around with memory you should research VRAM allocation in your computer’s BIOS, specifically for GPU performance. Fun stuff👍🏻

To each his or her own, I suppose.

Thank you for saying that … and not “To each their own”.

Thank you for saying that … and not “To each their own”.

To me, it sounds like fingernails on a chalkboard when their and they are used as gender-neutral singular pronouns or possessive adjectives. I don’t care if English doesn’t contain more appropriate gender-neutral words, “they” and “their” aren’t them (or is it they?).